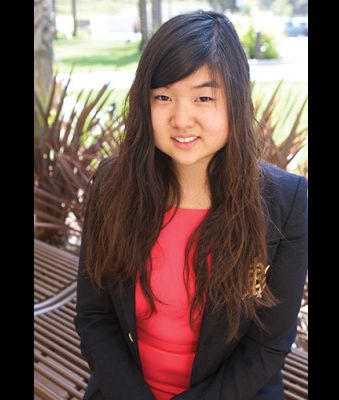 Rafaello Sampang was officially appointed Student Government Association president by the SGA Executive Board on Aug. 27 following the resignation of former president Angel To earlier this summer. In accordance with the SGA constitution, Executive Vice President Paula Ong served as interim president until the Senate voted to appoint last week.

To officially resigned on June 27 after she was questioned about inaccuracies on documents she submitted as a Club Convocation leader in the 2013-2014 school year, she wrote in a statement. In order to accommodate scheduling conflicts, she held four sessions as opposed to the six sessions required by Club Convocation policy, but she did not report this change.

“Because Convocation credit holds weight in students’ GPA, it could seem as though I was trying to bolster the GPAs of the students in my group without fulfilling the requirements of Club Convo,” she wrote, adding that she took full responsibility for her actions.

“I felt as though they [the Club Convocation group] should not bear any of the consequences of a decision I made independently. My intentions were not to take advantage of the privilege and freedom allotted to students through Club Convos, but I understand that I did not completely adhere to the Club Convo policy.”

To mentioned that as a result of her actions, she is “no longer able to serve as a student leader for this academic year. I sincerely apologize to the student body for not exemplifying the qualities of a leader that is fit to serve as SGA president.”

Sampang, a fifth year senior, was nominated for the position in July along with two other candidates who originally campaigned against To in the spring elections earlier this year. According to Ong, the candidates were interviewed via Skype over the summer before the Executive Board made their decision.

The appointment was finalized with the Senate under the supervision of Director of Student Activities and Campus Recreation Doug Hurley in the absence of SGA Advisor Brittany Chin-Lee, who began her role as adviser on Tuesday.

Sampang describes his responsibilities as president as ensuring that the Senate meets on a weekly basis, the Senate has equal representation from each class and the overall maintenance of SGA.

In addition to his fundamental roles as president, Sampang aims to move away from SGA’s previous goal of decreasing student loneliness and focus instead on community building and creating a legacy on campus.

SGA is working toward these goals through several projects and events, including collaborating with Student Affairs to renovate the Towers basketball courts to create a safer community environment, according to Ong. Sampang began work on this project last year as vice president of finance.

Ong also listed the expansion of the Women’s Initiative, which aims to “empower the women on campus with resources to further understand their capabilities and succeed” by encouraging open dialogue. The initiative was created last year and included a convocation led by Pepperdine alumna Alexandra Russell. This year SGA hopes to involve more women in leadership positions in convocation.

Increasing student contribution in SGA also tops the list of goals for this year. “This year … my personal goal is to try to build a forum for students to voice their opinion,” Sampang said, adding that he plans to incorporate Greek life into the dialogue to give them additional input to the community building process.

SGA will also be opening up committees to student involvement for those who wish to have input on organizations and events. “If there are other students who are interested and passionate, they can reach out to SGA,” Ong said. The President’s Office is currently supporting another goal to create summits for people to discuss campus events.

This objective extends to students abroad as well: SGA members are working to improve communication with SGA representatives abroad and International Programs Residential Advisors in order to make the transition back to Malibu campus life easier for those who venture outside its bounds.

“As SGA, we try and we want to be the voice of the students,” Ong said.

G News is back for another season with anchors Whitney Ashton and Shayla Girardin. They discuss the SGA president's resignation,...
Copyright 2018 Pepperdine Graphic
Back to top