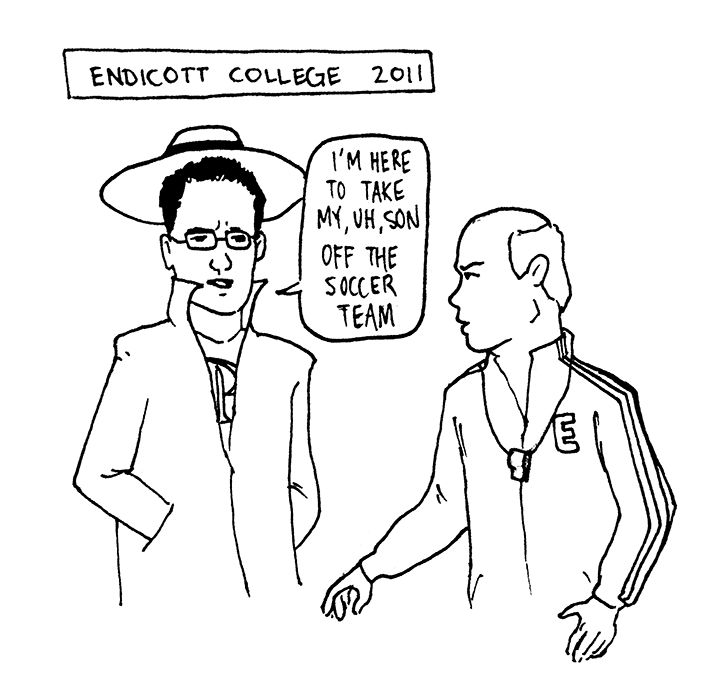 One of the most fascinating shows I ever watched when growing up was “Do Over.” It was about a 34-year-old who was incredibly miserable and, after a freak accident, ends up being sent back 20 years in time with a chance to manipulate the future to his advantage.

If I were in that same situation but found myself back at the beginning of my college career, I don’t think I would change too much because I am blessed to be where I am today.

Four years ago, I don’t think I could’ve predicted that I would be about to graduate at one of the best journalism schools in the country. There are three major decisions during my college career for which a do over would apply.

First major decision: applying to college. Back in 2010, I only applied to two schools: Universidad Iberoamericana in Mexico City and Endicott College in Beverly, Massachusetts. I was admitted into both. I chose Endicott because of the small-school environment and because I wanted to pursue my collegiate soccer career. But if I had used a do-over I wouldn’t have gotten into Pepperdine because of my grades.

Second major decision: quitting the soccer team. After a week of what seemed like a suicidal army training soccer preseason, I quit the DIII Gulls soccer team. It was too much exercise, too much time dedicated to a sport that, though I loved it, I felt would take away from the college experience as a whole.

Third major decision: transferring. When I left Endicott, I applied to both the University of Tampa and Pepperdine. I got into both schools, but I got a better financial assistance package at Tampa and even got into their Honors program. It became clear that this wasn’t going to be a simple decision.

It sounds like a choice between fun and no fun, but it wasn’t like that. It’s just that I figured that the days in which I wanted to drink my sorrows away in a traditional college environment would come, but you only get to do college once, and you can drink your sorrows away any other day of your life.

Not to say that Tampa isn’t a good school, because it is; I would be a hypocrite to slam a school that I nearly called home. It’s just that Tampa wasn’t my lobster; Pepperdine was. I didn’t choose Florida as my new home because it wasn’t the right fit. I chose Pepperdine because that’s where I could see myself growing the most.

That’s where the major decisions stop. There were only three major points in my college career where do overs could’ve applied, but to be honest, I wouldn’t change a thing. Pepperdine was always going to be the place that provided me with the best options for the future. I not only grew tremendously as a journalist but also as a person, under Pepperdine’s embracing and understanding environment.