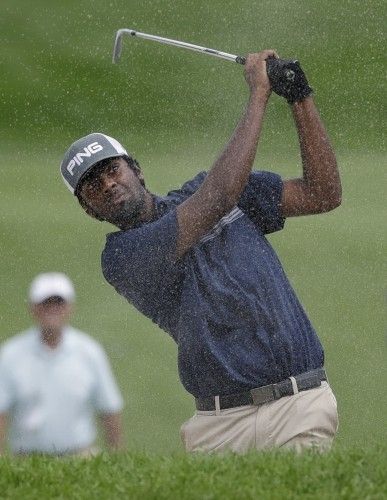 Since he was 6 years old, Thegeela said he has had a natural proclivity toward golf.

“I had a set of plastic clubs when I was a little kid, and I would just chip balls into this little bucket, my dad saw me doing it, and was like wow he’s pretty good. So he bought me a real set of clubs,” Theegala said.

“I was in middle school when I started thinking that pursuing a career in golf could actually be possible.”

With Theegala’s impressive resumè, that possibility morphs more and more into probability.

After a first year in which he earned the West Coast Conference Freshman of the Year, was named to the PING All-West Regional team and made the WCC first team, one would think would he’d be content. But for Theegala, good simply isn’t good enough.

In the fall portion of the season Theegala continued his improvement, finishing in the top 20 of every event that he played in, including a fifth place finish in the University of Hawai’i’s invite. Theegala has cut nearly two strokes off his 2015-2016 round average, lowering his strokes per 18 holes from 71.9 to 70.

His constant improvement is a reflection of the way in which he was raised. Theegala’s parents, who originally hail from India, impressed their culture and values upon their son.

“My parents always kept me disciplined,” Thegeela said. “School was always at the top of the list, and that translated into me being disciplined on the golf course, and really in all of my life.”

A man proud of his heritage, Theegala is well aware of the deficiency of proficient Indian golfers on the PGA tour.

“I definitely have a lot of pride in being an Indian golfer.” Theegala said. “I think there’s kind of a stereotype people have that Indians aren’t great athletes, because they’re aren’t seen a lot in American sports. I think it’s pretty cool that I could have a chance to represent my culture on a big stage.”

If everything were to ideally transpire, Theegala plans on becoming pro immediately after his final college event. If he meets that mark, he will take on qualifying school and Web.com Tour, a step below the PGA Tour.

“Going pro is definitely the goal. If I keep on progressing the way I have been, I feel like the PGA will be within reach,” said Theegala. For all of his success, one might assume that Theegala may be developing somewhat of an ego, but that couldn’t be further from the truth. Any attempt at praising the golfing whiz is instantly deflected and cast upon those he’s closest with.

“Right now in college, it’s all about playing for my teammates, said Thegeela. “There are so many great golfers on this team. I feel really luck to be surrounded by such great guys.”

Theegala’s ascension in the world of golf has been impressive, but not easy. Like any athlete, the golfer has struggled at times with his mentality. Golf is a sport of immense frustration. Any novice who habitually plunges into the water hazard could tell you that much. But at the apex of collegiate competition, the voices in your head telling you to throw your golf club off a cliff must get louder and louder. After struggling with his mental game for sometime, Theegala has taken the necessary steps to strengthen his psychological fortitude.

“My parents told me that they just want me to go out there and [have] fun, and that’s what I’ve been doing,” Theegala said. “When you’re out their enjoying yourself, it takes a lot of the pressure off.”

A central theme throughout his game and his life is Theegala’s gratitude to the strong base of his family.

“My mom and dad, and the rest of my family, have worked so hard for me to get where I am today. I just want to make them proud,” Theegala said.

Regardless of if he fulfills his dreams of golfing stardom, there’s no doubt that his family will be proud of the disciplined, humble and diligent man that Sahith Theegala is becoming. 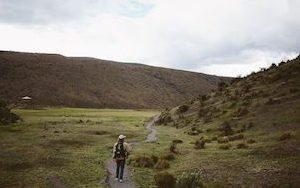 Photo Courtesy of Matt Benton Psi Upsilon fraternity is working with Pepperdine to create a scholarship in honor of Cameron...
Copyright 2018 Pepperdine Graphic
Back to top