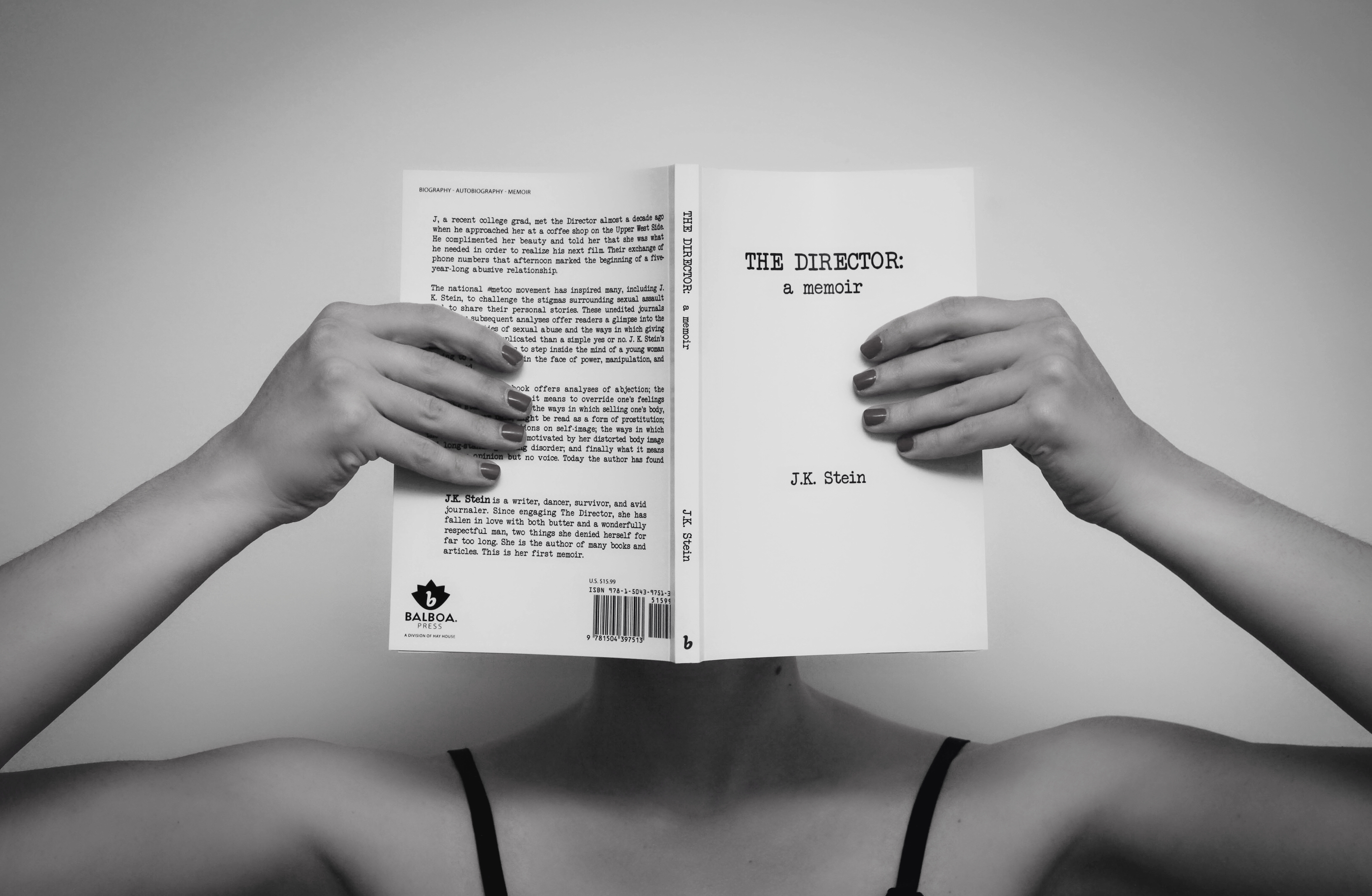 In recent times, stories from Hollywood about sexual abuse and harassment flood the news. Some stories are more graphic than others, but J.K. Stein’s “The Director: a memoir” adds a particular rawness that forces the reader to take a step back from all the #metoo and #timesup press and really come to terms with these horrific experiences from a first-person point of view.

“The Director” is a collection of Stein’s actual journal entries recounting, from 2009 to 2013, an almost five-year abusive relationship with a nameless but prestigious director in New York City. It took Stein nine years to finish this book, which was published earlier this year.

Stein writes with incredible clarity as she takes the reader from her first encounter with The Director (the title she uses to refer to him) to her last, leaving out no details no matter how uncomfortable. He promised her a lead role in a blockbuster film, but coerced her into performing odd and disturbing sexual acts in return. The Director used her insecurities, her past with anorexia and her religion to convince her that what she was doing was part of her journey as an actress.

The Director often spoke to Stein in a commanding tone, bringing up her “sexual potential” as the reason that he took an interest in her in the first place. Even when Stein said no to his unusual and abusive requests, The Director flipped her arguments, saying that these meetings and conversations were mandatory. These tactics were in an effort to convince Stein to endure the awful abuse he inflicted onto her.

Stein was a young college student in the Big Apple trying to chase her dream, and she convinced herself that this was an uncomfortable but acceptable way to accomplish it. Her storytelling molds together the college experience with gripping instances of abuse that provoke anxiety and a feeling of helplessness.

Through every conversation with this eclectic and perverted director, the twists and turns of his words both confuse and persuade Stein as she is just trying to find out who she is. She explains why she went through with these acts as rationally as possible, but the rationale contrasted with the grotesque behavior from The Director leaves the reader sick and longing for Stein to get herself out.

Stein describes the harassment over 14 chapters, and with each one comes the same sick feeling: Stein needs to get out, but she simply can’t, and the reader flips page after page trying to see when her redemption will start.

The redemption does occur. Stein explains that she received therapy both for her eating disorder and her experiences in New York. In her epilogue, she draws comparisons between her relationship with The Director and anorexia; both were vehicles that disguised themselves as the means to her dreams, but in fact were only self-deprecating. Stein writes “I have spent so many years living in shame of these acts and in secrecy about what actually went on … I was just becoming me.”

This memoir is not an easy read. The images and scenes described are disgusting and enraging, and there is an intense depression felt throughout as these evils are undeserved and horrific. However, in the midst of a huge uproar from men and women alike coming out about their experiences, it is imperative that “The Director” is part of the discussion. It forces the reader to do more than retweet their favorite celebrities with a “#timesup” at the end. Stein brings you with her on her journey, and gets so personal that afterward, her story is impossible to ignore.