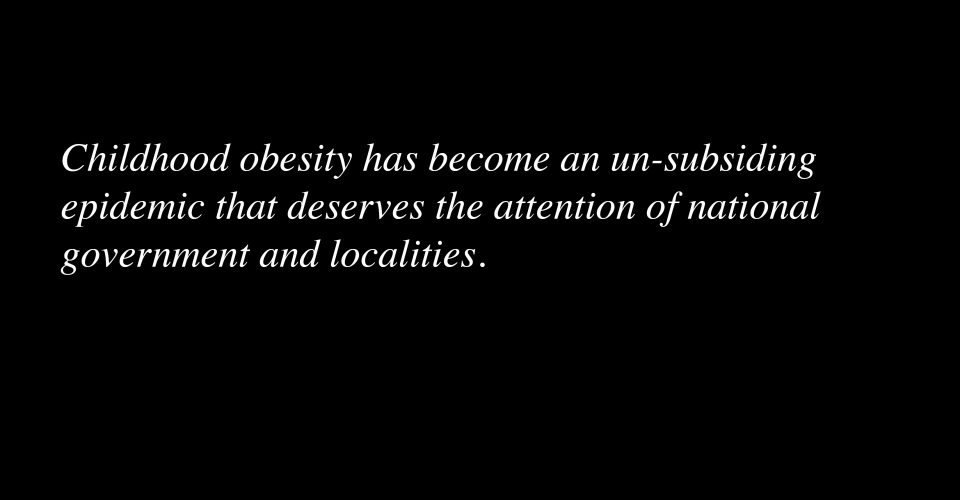 Childhood obesity has become an un-subsiding epidemic that deserves the attention of national government and localities. While there has been no national legislation passed in the aim lowering this statistic, certain states and localities, like San Francisco and New York State, have passed laws regulating kids’ menu items on fast food menus. Los Angeles should follow their lead and set restrictions on fast food chains in the area.

“Childhood obesity has more than doubled in children and quadrupled in adolescents in the past 30 years” according to the Centers for Disease Control’s website. This is a huge issue. According to the same site, “obese youth are more likely to have risk factors for cardiovascular disease, such as high cholesterol or high blood pressure. In a population-based sample of 5- to 17-year-olds, 70 percent of obese youth had at least one risk factor for cardiovascular disease.”

Recent data from The State of Obesity showed that 16.6 percent of children ages 2 to 4 are obese in California, marking this sunshine state with the 6th highest percentage of obesity for that age group in the United States where Virginia is No. 1.

In 2011, the National Restaurant Association launched Kids LiveWell, a voluntary campaign among fast food restaurants to help address the child obesity epidemic one whopper at a time. The requirements for participating members of the campaign are minimal, to say the least: one full kid’s meal option that is 600 calories or fewer with less than 35 percent of those calories from fat, and an alternative healthy side, like grapes.

However, the Kids LiveWell initiative has failed to improve the nutritional content of kids’ menus. “Results suggest little progress toward improving nutrition in children’s menu items. Efforts are needed to engage restaurants in offering healthful children’s meals” according to the study, “Trends in nutrient content of children’s menu items in U.S. chain restaurants,” published in 2016. The study noted that while participants of the Kids LiveWell initiative had decreased main entrée calories, they had increased the calories of their side items.

In all fairness, the Los Angeles county launched a campaign in 2015 called “Water: the healthiest choice,” to help decrease the amount of sugary drink consumption by kids. But campaigns are not enough.

“Such self-administered programs [Kids LiveWell] tend to be minimally effective in creating healthy changes, but very useful in staving off far more effective policies and regulations” according to “Voluntary initiative fails to improve restaurant children’s menus” by Nancy Fink Huehnergarth and published by Forbes.com on Jan. 17.

It’s time for the LA’s local government to stand up and take legal action. There should be a total caloric limit on each kid’s meal purchases. This would create a concrete cap that pushes fast food restaurants to not only reduce the calories of their kids meals, but also their sides. 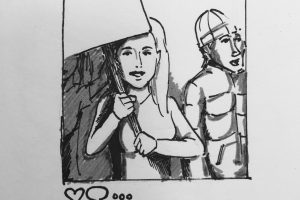 Art by Sybil ZhangThere is a new type of self-promotion via social media that has come to my attention as a result of the Women's...
Copyright 2018 Pepperdine Graphic
Back to top