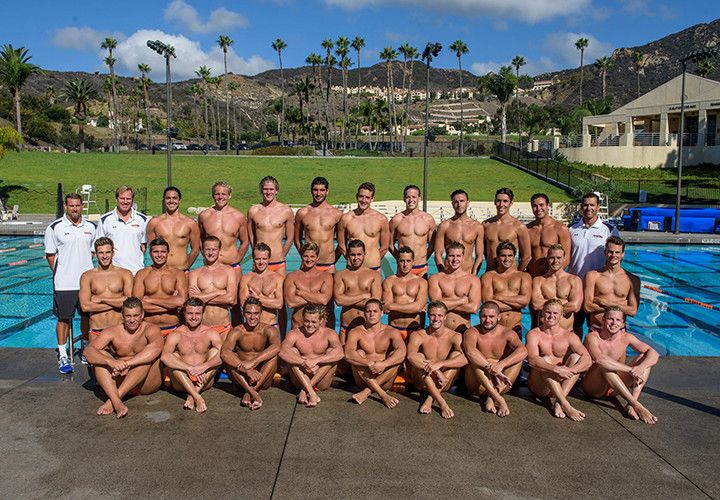 The men’s water polo team lost 9 of their last 10 games in 2015, including the final home game of the season. The Waves finished with an overall record of 11-16, with only one MPSF conference victory.

The losing season came alongside Director of Athletics Steve Potts’ announcement that on Nov. 5, University officials found some members of the men’s water polo team to be in violation of the Pepperdine Student Code of Conduct.

Potts did not identify individuals, nor did he indicate in the statement what rules the players may have broken.

A report distributed by Judicial Affairs in October to the water polo players who were found to be in violation of the Code of Conduct outlines several player interviews in the investigation, indicating that Pepperdine Athletics and DPS officials investigated an Aug. 29 team barbecue and party. The report alleges that returning players encouraged underage freshmen to binge drink and play initiation games. Returning players indicated in their interviews that this initiation barbecue was a long-standing tradition for water polo players.

The University began its investigation Aug. 30 after a freshman water polo player allegedly came back to campus intoxicated and passed out. According to the Judicial Affairs document, a Spiritual Life Adviser said he saw a video of the student passed out in a Snapchat. Due to the nature of the Snapchat app, officials were unable to obtain or verify the video. Another non-team member who attended the party had to be transported to the hospital, according to the document.

Members of DPS and the Athletic Department, including Potts, men’s water polo coaches Terry Schroeder and Merrill Moses, and Associate Director of Athletics Brian Barrio (who has since resigned and taken a position with the University of Nevada Reno) conducted interviews with the water polo players.

According to the document, there was a “mandatory” or “required” barbecue that was for the water polo players Aug. 29, starting sometime around 5:30 p.m. and concluding between midnight and 1:30 a.m. The barbecue came just after “hell week,” which was described in the document as “twice-daily intense water polo practices.”

The barbecue was followed by a house party at the same location, the Pacific Palisades home that was rented by four returning members of the team, according to the document. Players said in their interviews that anywhere from 50 to 100 guests attended, many of them not affiliated with the water polo team.

The barbecue included a series of games for the new players, including guessing assigned nicknames, answering trivia questions, doing a relay race and performing for the upperclassmen. First-year players got to choose whether to have shots of vodka, water or milk during the games.

Most players told DPS and Athletics that the games were a team bonding exercise and purely voluntary.

A few players indicated in the Judicial Affairs document that the games were to mess with the new players.

“It’s just about fear and power,” one returning player told DPS Director Dawn Emrich. “The freshmen are scared of the upperclassmen and what they might do, but they don’t do anything. It’s just a mind game.”

According to the interviews in the document, several returning players reported going through a similar initiation process as freshmen, some reporting that it was less organized and more intense in past years.

Pepperdine University’s Step Up Program defines hazing as “referring to any activity expected of someone joining a group (or to maintain full status in a group) that humiliates, degrades or risks emotional and/or physical harm, regardless of the person’s willingness to participate.”

“This is a well-documented description of hazing events,” Susan Lipkins wrote in an email in response to the allegations of the events surrounding the water polo team. Lipkins holds a doctorate degree in Psychology and is the author of the book “Preventing Hazing: How Parents, Teachers and Coaches Can Stop the Violence, Harassment and Humiliation.”

Lipkins has appeared on “Oprah,” “Larry King Live,” “The O’Reilly Factor,” “Good Morning America,” “The Today Show” and “Countdown with Keith Olberman.” She regularly consults with universities about hazing issues.

“The concept that victims ‘consented’ to participate, and therefore the activities are not ‘hazing’ is a method often used to deny the real intent of the perpetrators,” Lipkins wrote. “Clearly, in this case, and in most hazings, the senior members feel that they have the right and duty to pass on the traditions of the group, and that this is a method used to prove that the newcomers are worthy of belonging on the team and to bond with the other members.”

Expanding on the issue of hazing, Lipkins wrote about the very dangerous and harmful effects of hazing and the cultures that allow it to continue unchecked.

“Unfortunately, most hazings involve events that are physically and/or psychologically harmful,” Lipkins wrote. “The senior members deny the dangers and diminish the fact that the traditions are against school policies and state laws. Many schools do not enforce their own policies in a meaningful way and therefore they undermine their own authority. This sends a mixed message to groups that haze: It is against the law, but we won’t punish you too severely. After all, ‘boys will be boys’ and so hazing continues.”

Several water polo players contacted for this story declined to be interviewed, with at least one citing a confidentiality agreement with the University. The nature of the agreement is unclear.

The University, however, has refused to issue a statement regarding the investigation or allegations of hazing.

“I am not at liberty to discuss this situation beyond the statement provided [previously] to the Graphic,” Potts said.

Potts’ original statement to the Graphic read: “We were made aware of an incident involving members of Pepperdine’s men’s water polo team that took place off campus in August. As a result, the University, which is firmly committed to fostering a safe environment for our students, is conducting a thorough investigation at this time. Due to the ongoing investigation, we are not able to comment further.”

According to the document, the new team members said upperclassmen instructed them to complete different activities for the enjoyment of the returning players, including dressing up a watermelon and telling stories about its life, as well as memorizing and choreographing a song.

According to the documents and images of handwritten notes, returning players divided the freshmen into three groups, with each group performing a song for the crowd.

At the barbecue, team members participated in trivia, relay races, pushups, the “cinnamon challenge” and beer pong, according to the documents.The cinnamon challenge is a food game in which the objective is to consume a spoonful of ground cinnamon in fewer than 60 seconds without drinking anything. Some known risks of the game include an irritated throat, coughing, gagging, vomiting and the collapse of a lung.

Students also played a game they called “T-shirt and a bucket.” Players said the T-shirts in the buckets had nicknames on them, and first-year players had to figure out what nickname was theirs.

According to the document, as part of the trivia and “T-shirt and a bucket” games players who gave incorrect answers had to take a shot of vodka, water or milk.

One returning team member said players confiscated some cellphones to avoid the recording and sending of photos during the games, and to avoid “weird” text messages being sent.

Other players said phones were taken because the event was for team bonding.

Two student-athletes voluntarily shaved their heads at the gathering, to “scare” the freshmen into believing the threats were real, according to the documentation.

At the bottom of these notes was one final message from the returning team members: “Throw this away.”

The documents indicated that the saltines and Oreos were for those who drank too much, but there was no explanation for the condoms, sex toys or bottles of lube.

The requested money was for the team to purchase additional alcohol, and some food.

The handwritten notes instructed freshmen to “release their inner spirit animal” and said, “If your animals suck, you will all be punished.”

According to the document, Emrich interviewed one returning player Sept. 8 about his initiation, and he said that during his freshman year he had experienced a similar initiation to that of this year’s new members. Emrich asked if the coaches were aware of or attended the event.

The student stated in his interview that the coaches were not present at the events held Aug. 29. It’s not known if coaches were aware of the events that night prior to the investigation.

An upperclassman told DPS officers in a Sept. 9 interview that during his freshman season, new team-members were blindfolded and forced to sit on the floor for what upperclassmen said would be five hours. The student said an upperclassman was secretly inserted into the group of new team members. The inserted upperclassman eventually stood up and screamed before attempting to run away from the group, which was planned. The blindfolded students heard a paintball gun go off, leading students to believe that their fellow student had been shot. The returning player said it all turned out to be a joke and they were allowed to then get up.

“To be clear, there were no NCAA violations,” Horne wrote. “There is no need to report anything to the NCAA.”

Pepperdine had just completed a three-year probationary period with the National Collegiate Athletic Association on July 2 for several infractions committed during the 2005-06 and 2010-11 school years. The infractions were unrelated to hazing.

During this period, the school was hit with scholarship penalties to its baseball, men’s tennis, men’s volleyball, men’s water polo and women’s soccer teams, that reduced grants-in-aid per year by 25 percent for most of the teams. Pepperdine also had to vacate some wins and championship appearances that took place in the 2007-08 and the 2010-11 academic years.

Correction: The story previously misidentified the source of the university document used in this story. The document was compiled by Judicial Affairs and distributed to the water polo players who were found to be in violation of the University’s Code of Conduct. This was a reporting error.

God In The Wilderness Spends Spring Break In Mammoth Mountain 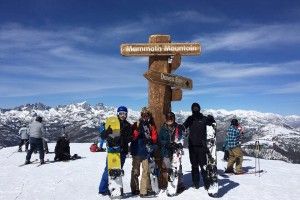 God In The Wilderness Spends Spring Break In Mammoth Mountain