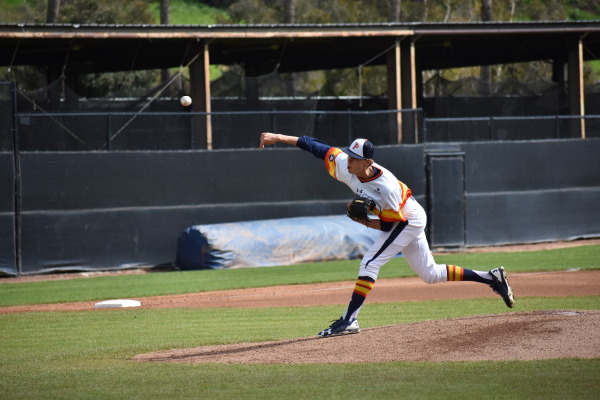 Pepperdine baseball opened the 2017 campaign with a three-game sweep of Saint Joseph’s at home, winning both games of the doubleheader 8-0 and 7-5 on Saturday followed by a 9-5 win Sunday afternoon.

“It’s never easy to win a doubleheader, let alone pulling off a sweep” Head Coach Rick Hirtensteiner said. “It’s tough to come out and finish three games in the span of 24 hours, but the guys were focused and ready to play.”

The season opener was originally scheduled for Friday, but due to heavy rainstorms in Malibu on Friday, the game was delayed until early Saturday for a doubleheader.

In the first match-up of the Saturday doubleheader, the Waves started junior pitcher Ryan Wilson, who threw a no-hitter through four and two-thirds innings of work to go along with five strikeouts before fellow junior Kiko Garcia came in for relief with four and one-third innings while only allowing one hit. Pepperdine’s offense exploded for 12 hits and eight runs, including three runs in both the third and sixth innings to secure the opening win in shutout fashion.

In the second matchup, junior Max Gamboa got the start, but allowed five runs in four innings before handing the ball to sophomore Jonathan Pendergast. Pendergast threw three and two-thirds shutout innings to get the win, but junior Max Green picked up the save with a perfect one and one-third innings of work.

The Waves had to rally back from an early 4-2 deficit, as sophomore Matthew Kanfer and junior Ben Rodriguez led the charge with run-scoring doubles to tie the score 4-4 in the bottom of the third inning. Later in the game, Rodriguez knocked a home run in the fifth to help secure the lead for the home team.

“It’s all about simplifying the game,” Rodriguez said following his 4-for-6 effort with two home runs on Saturday. “You just have to wait patiently to find a good solid pitch and put a good swing on it.”

In the final matchup Sunday, Pepperdine posted eight hits for nine runs, including five runs in the third. Junior Austin Bernard led the Waves offense with three RBI’s while Kanfer added two. Freshman Will Jensen started the game on the mound, allowing only two runs on four hits while striking out four batters.

“It’s important to jump out on top early to give your team an advantage,” Kanfer said. “Giving your pitchers a cushion gives them a bit of relief and eases up the game for the rest of the team as well.”

During the three-game series, Pepperdine’s offense recorded 29 hits and 24 runs compared to 21 hits and 10 runs for Saint Joseph’s.

“There were a lot of things we need to work on, especially keeping our errors down,” Hirtensteiner said. “This weekend was a great building block for us to start the season, but we have to keep improving our game and ride this momentum if we hope to be successful this season.”

Up next, Pepperdine will host Cal State Northridge on Tuesday afternoon at 2 p.m. before traveling to Texas A&M for a three-game weekend series from the 24th to 26th. 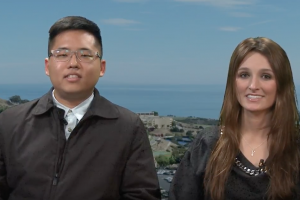