Q&A: The Graphic sits down with alumnus Austin Chapman 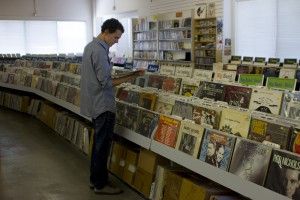 Austin Chapman (2011) was born profoundly deaf, or “into a world of silence,” as he puts it. A year after graduating, Chapman, 23, installed a new pair of Phonak hearing aids for the first time.

“That night, a group of close friends jump-started my musical education by playing Mozart, Rolling Stones, Michael Jackson, Sigur Ros, Radiohead, Elvis and several other popular legends of music. Being able to hear the music for the first time ever was unreal,” Chapman wrote on his blog, artofthestory.com, in August.

Tracking his exposure through social media, Chapman’s narrative has given readers a new appreciation for music and its transcendent effect.

He solicited the help of online strangers on the social news site Reddit with the post, “I can hear music for the first time ever, what should I listen to?”

The thread has since received more than 14,000 comments. His story has gone viral, catching the attention of the Huffington Post, the Atlantic and the Associated Press.

Where most young people scan the Internet for the latest music, Chapman instead took the advice of one Reddit user to track the progression of modern music from the beginning. The first on his list was Guillaume de Machaut’s “Agnus Dei,” which dates to the 14th century.

In an interview with The Graphic over email, Chapman said the online experience has given him a jumpstart on musical education and created a filter for the more sub-par music out there.

Q: What genre or period are you at right now in your exploration phase?

A: I’m in the Classical period, and it has been an absolute pleasure.

Q: Your blog once described an experience in a telecommunications class in college. Was this at Pepperdine? Can you expand on your first time you learned “how little of a range [your] hearing aids picked up compared to hearing people”?

A: Yes, it was my telecommunications class. We were required to go into the studio one day to learn about the radio and sound equipment.  I thought that my hearing aids were simply not as clear as real hearing but that day I realized that I couldn’t hear half the spectrum of tones. I could only hear low tones and some midtones before blanking out. That was the day that I realized I couldn’t see even half the picture of music.

Q: Did you always see yourself becoming a filmmaker? Is that what brought you to Pepperdine?

A: I’ve made short films my whole life but it was never a career I considered because of my inability to communicate with most people. I saw myself as becoming a writer because that way I could tell beautiful stories without fear of anyone not understanding my words. During my time at Pepperdine, the encouragement and guidance from Tom Shadyac, Randall Wallace and Roko Belic helped me realize that I could become a filmmaker. Ever since, I’ve been working on bettering myself as a storyteller.

Q: How do you think this new relationship with music will change your film career?

A: It already has. I’m wrapping up a new short and music video I shot a while ago. I’m learning how to cut on the beat and what music or sounds I like layering on the big screen.  Now when I’m envisioning a new film, I’m not just imaging the story and imagery but also the sounds.

Q: You’ve said in interviews that your favorite sound is silence; do you see yourself choosing to forgo the hearing aid in the future?

A: There’s pro and cons when it comes to silence and music. Personally I enjoy them both and think they compliment each other.  Imagine having your eyes open 24/7: it would be too much. That’s one reason we sleep… that’s also an escape from the aural world. I have the blessing to turn my ears off with a button and I choose to live in silence more than music. But now that I’ve experienced music, I don’t want to live without it. I simply like it in manageable doses. I always work in silence whenever possible and feel much more clear-headed and productive when I’m in my world of silence. 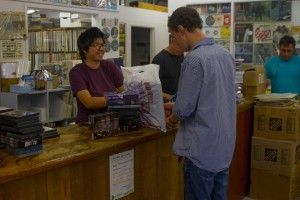 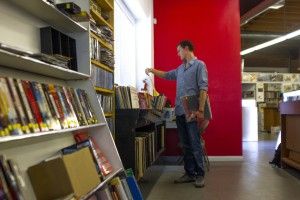 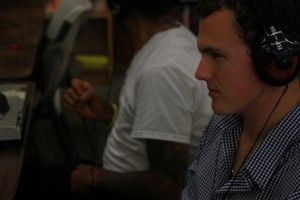 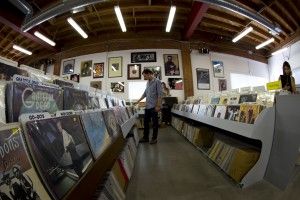