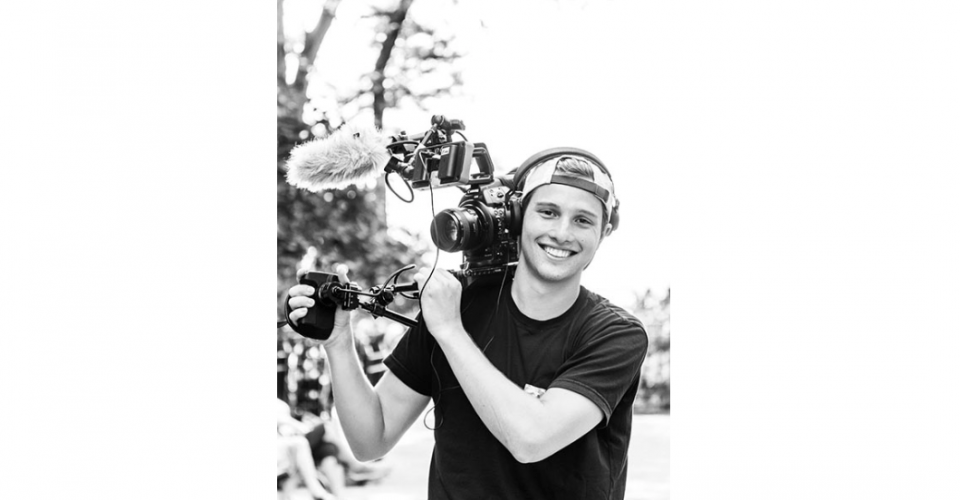 Buddy Kennedy works behind the scenes on a shoot for Kindness.org, an organization focused on educating people on the power of choosing kindness. Kennedy spent the summer interning for the non-profit in Brooklyn, New York.

Senior Buddy Kennedy can often be found in Eden House, assisting residents as the house Student Life Advisor (SLA). A Theater and Media Production major from Plano, Texas, Kennedy spends his time performing for Pepperdine’s theater department, working with NewsWaves and hosting Good Morning Malibu. Kennedy sat down with the Graphic to speak about his love for the arts and offer advice to younger students.

What has been one of your favorite classes you’ve taken at Pepperdine?

Buddy Kennedy: My freshman seminar class was The Hero’s Journey Through Film. That class was where I met a lot of people who I continuously work with now. The whole crew of the short film [“Self-Absorbed”], we were all there week one and it was a very special bond. We weren’t supposed to make films, but I had an idea and approached the professor and she scrapped the whole syllabus and just said, “Let’s make the movie.” Then we got into ReelStories and we were the only all-freshman group to make it. 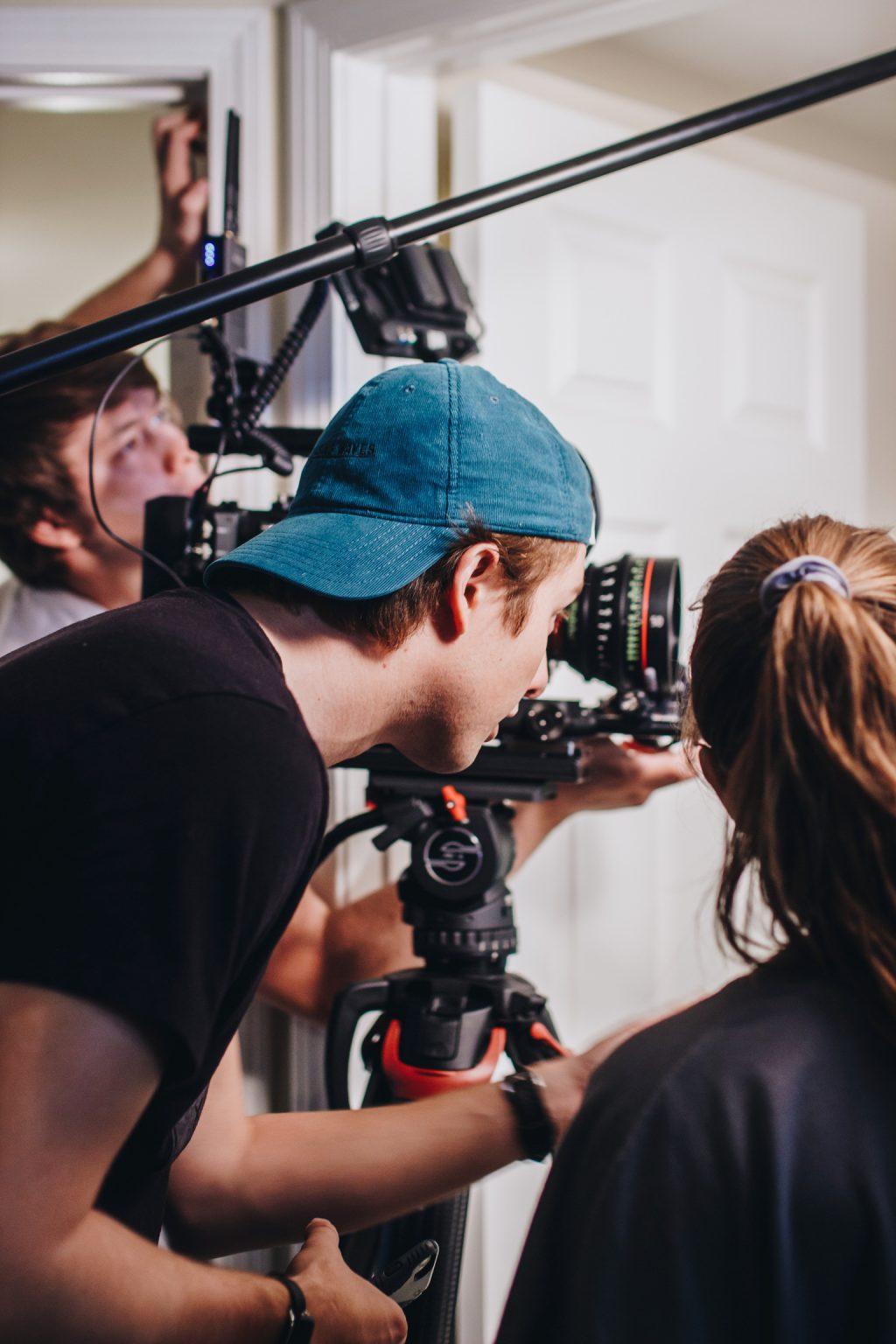 Kennedy captures the perfect shot while working on his film "Self-Absorbed," winner of Best Cinematography at Pepperdine's ReelStories Film Festival in January 2020.

What does being an SLA mean to you?

BK: RA and SLA, both of the positions are very service-driven, and I’m someone who feels like we are our best examples of Christ when we are serving others. It is such a purposeful position in the Pepperdine community, and it can make or break a lot of people’s Pepperdine experiences. That is a responsibility I don’t take lightly and I am very privileged and honored to have. Being in Eden, the same house twice, you get associated with the house — it’s like your baby. 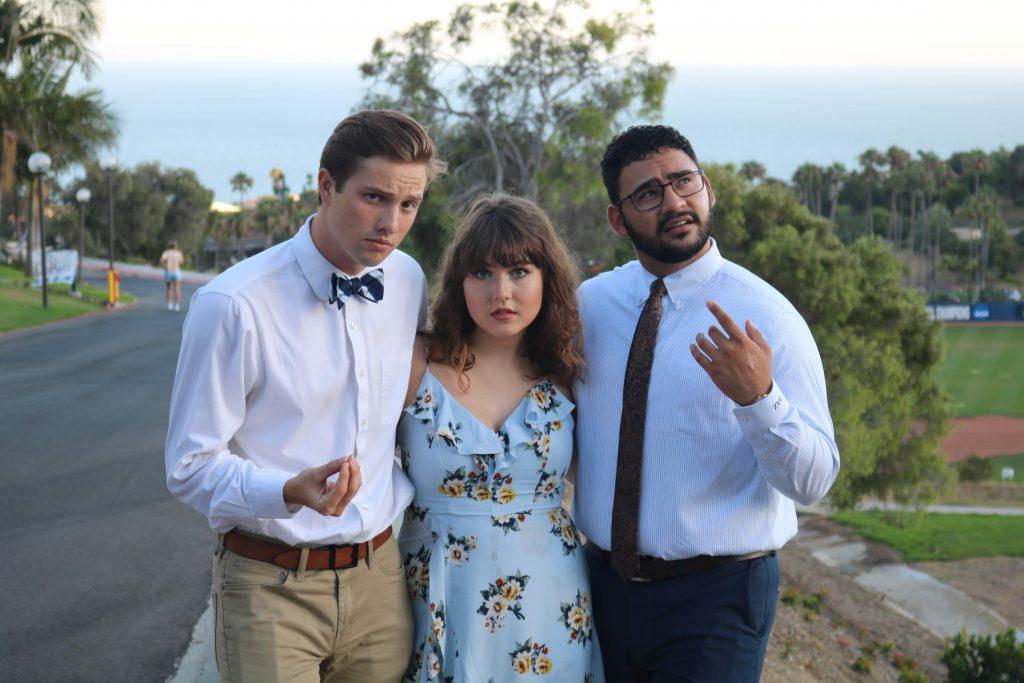 What has been your favorite part about being involved with theater at Pepperdine?

BK: Theater people are crazy people. I love crazy people because theater people are not ashamed to be 100% of who they are. Being a part of a community that takes an idea on a page and brings it to life in a way that it will never be brought to life again is a part of the experience that I think everyone should do once. Theater is very, very special and sacred to me.

BK: I only applied to one job, and it’s the Oscar Meyer Wiener hot dog mobile driver. So all you do is go around the country and promote the events and drive the hot dog, and you get interviewed by the news stations. It’s only a year so it’d be a year to figure my stuff out, but it’d be a year of doing something nobody else is doing. What I don’t want to do is roll into a job, sit in a cubicle and do something to pay the bills — I want to do something that’s unique, weird and fun. I just want to make people smile, and there’s a lot to smile about. 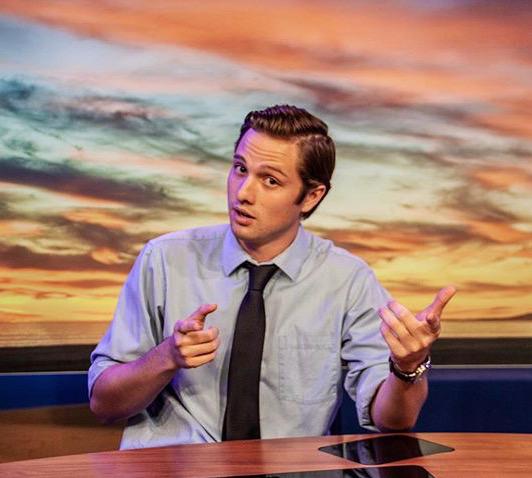 Kennedy entertains during a broadcast of NewsWaves TV-32, Pepperdine's live television news show. Kennedy has been a member of NewsWaves for two years, covering content within the Pepperdine and Malibu communities.

Do you have any advice for younger students?

BK: Put yourself in situations that challenge you and force you to adapt, grow and learn something new. Find the beauty in the people around you because they aren’t going to be there forever, because there’s a lot for really, really cool people at Pepperdine. Give and receive as much as you can from them. 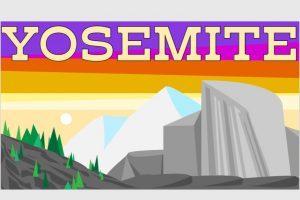