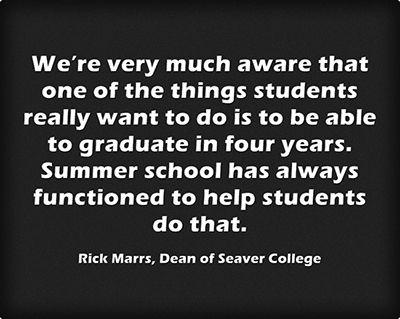 Every summer, the residents of Malibu witness a mass exodus of students and a large influx of tourists. This summer, however, may be different. A greater number of students are expected to stay in the seaside community to take one or more of Pepperdine’s summer sessions. But this also means more professors are needed to teach.

Dean of Seaver College Rick Marrs made the decision to reduce the university’s summer housing cost on Greek Row, Towers and Lovernich to a mere $100 for the May summer session. In June, low cost housing availability will decrease to Towers and Lovernich, and only Lovernich will be offered at a reduced rate come July. Due to the price reduction, the administration is looking forward to an increased enrollment this year. However, the Drescher room rate will stay consistent at $1,200 per month.

As the student population increases, Seaver is seeking to increase their faculty population as well. In an Oct. 9 email sent by Associate Dean of Seaver College Constance Fulmer, professors were asked to “please seriously consider teaching one to two terms.” The university is also looking for additional adjunct professors to teach one or more of the May, June or July sessions.

Adjunct professors are requested because, according to Marrs, “most faculty use the summer to be much more intense about their research.” In fact, tenure/tenure-track faculty are not allowed to teach more than one session. According to the Tenure Policy Statement of Pepperdine University, “tenure is the right of a faculty member to continue to be employed by the university in the field of his or her specialization at the school within the university in which tenure is attained.”

The majority of this group chooses not to teach at all.

The reasoning behind the reduction of room cost has to do with increasing enrollment and ensuring that students are able to graduate in four years.

Pepperdine’s four-year graduation rate is much higher than the national average, and the administration wants to keep it that way. According to U.S. News and World Report, 73 percent of Pepperdine’s students graduate in four years. In contrast, the National Information Center for Higher Education Policymaking and Analysis reports that the national average four-year graduation rate is approximately 56 percent.

“We’re very much aware that one of the things students really want to do is to be able to graduate in four years. Summer school has always functioned to help students do that,” Marrs said.

Students can enroll for session I, II or III at the Malibu campus at the same time they register for spring classes in November. There is no hard deadline to register for summer school, but Marrs urges students who plan to live on campus this summer to register early.

Seaver College sophomore Brittany New wrote that she has taken summer courses in the past and plans to take summer school this summer “to make my semesters during the school year less intense.”

Last summer, she lived off campus because “it was a third of the price of on-campus housing,” New wrote in an email. While she enjoyed living off campus,  New said there were downsides such as the commute and the fact that she “felt disconnected from Pepperdine” and that she “missed out on all of the on-campus summer events.”

New writes that she will “definitely be able to afford to live on campus this summer” due to the new housing prices.

Whether students want to stay on track for graduation or simply lighten the load during the academic year, summer school is now more of an option for everyone.

“We think there will be quite a demand [for summer school spots],” Marrs said.

In alignment with the Malibu campus’ housing cost reduction, International Programs will waive travel expenses for students enrolling in the 2014 summer programs. Students will still have to pay tuition and room and board fees, but the university will cover travel expenses in an effort to boost enrollment.

While enrollment in each session typically fluctuates, overall the administration is hoping to enroll a total of 1,650 students in summer school at the Malibu campus.

This is an increase from last year’s number of 1,596. They hope to provide 1,480 on-campus housing beds for those who take advantage of the low housing cost. 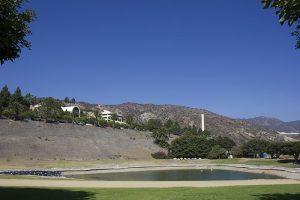 Photo by Sarah Malone A new home— The recently discovered koi fish wil have to be relocated from the east pond. Koi fish...
Copyright 2013 Jupiter Premium Magazine Theme
Back to top