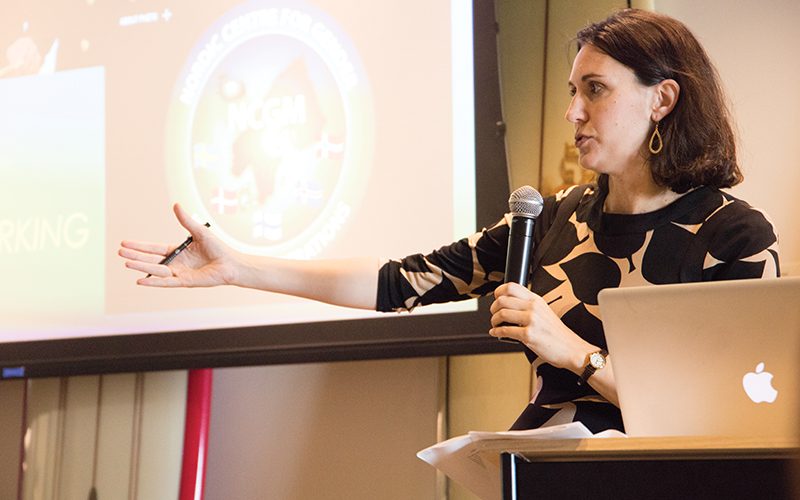 The Women in International Studies series commenced with Heidi Hardt’s lecture on how and why organizations such as NATO are incorporating women’s feedback to change policies that can improve national security.

Hardt, who is assistant professor of political science at the University of California, Irvine, gave a lecture about “Gender Mainstreaming in International Organizations” in the Surfboard Room in Payson Library, Oct. 24 at 11 a.m. 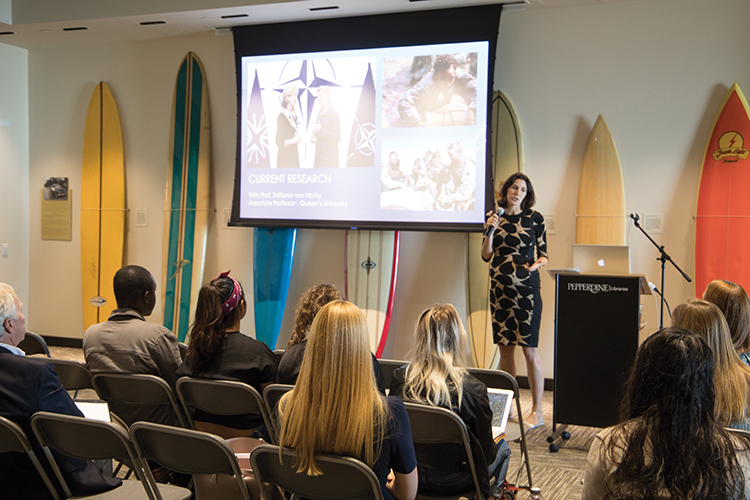 The importance of a gender-inclusive perspective allows women’s voices to be part of the policies that people within international organizations produce, according to Hardt. She said she believes there’s been less of a focus on gender in particular even though it’s increasingly shown up in international relations scholarship.

Hardt said her research primarily deals with the impact of gender integration, specifically in multilateral corporations.

“An individual emphasizing gender perspective in their work helps them accomplish their goal on the battlefield,” Hardt said. “When people go out into the field and communicate with local populations, they are trying to have the most information possible. Women help with situational awareness, as they make up 51 percent of the population.”

In the year 2000, the United Nations Security Council, the most preeminent institution within the United Nations, passed an international law called the Resolution 1325. The resolution had four components; All international organizations and non-governmental organizations that are part of the UN were supposed to be increasing participation of women at all levels, protecting the rights of women and girls during and after conflicts, preventing violence against women through the promotion of women’s rights and including a gender perspective in peace negotiations, peacekeeping operations and post-conflict peace-building, according to the resolution. 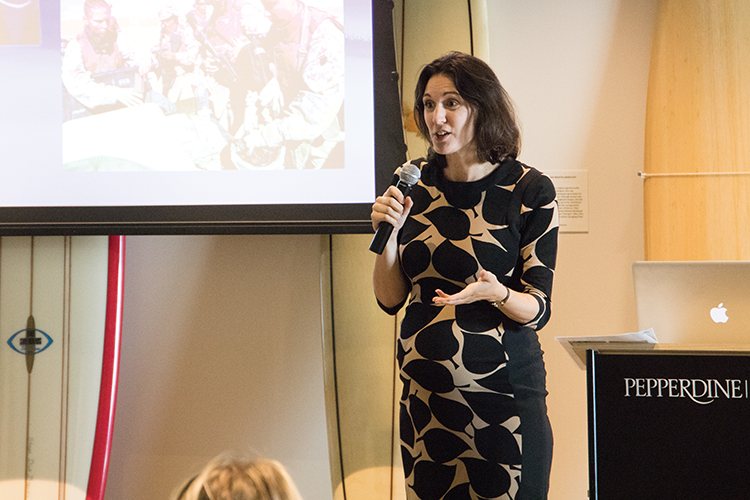 “People often overlook this fourth one, ‘Inclusion of a gender perspective,’ because people don’t know what it means,” Hardt said. “People hear it and it sounds like a fuzzy concept.”

However, Hardt said gender mainstreaming is far from fuzzy.

“When anyone within an organization is making an important decision, you’d ask ‘would this decision affect men and women differently?’” Hardt said. “This question is especially important in the context of operations and development in countries where significant inequalities exist between men and women. We see very little attention by international organizations in this aspect.”

Hardt provided an anecdote to demonstrate what gender mainstreaming would look like in practice.

“Consider you are a commander on military operations in Afghanistan tasked with building a bridge to improve economic development in a community,” Hardt said. “A gender advisor would ask, ‘Who’s going to be using the bridge? How has it been designed?’ As those questions start being asked, you find out that, in Afghanistan, the people that tend to go across these bridges, driving, are men because women can’t drive. So through these questions, you realize you need a sidewalk which was not initially part of the plan.”

One of Hardt’s conclusions from her study was that those coming back from combat were able to influence others in their respective organizations by showing that gender mainstreaming was important through their stories.

“In interviews, irrespective of whether it was interviewing military or civilians, individuals made references to specific people after coming back from combat,” Hardt said. “There’s power in the narrative about institutional effectiveness.” 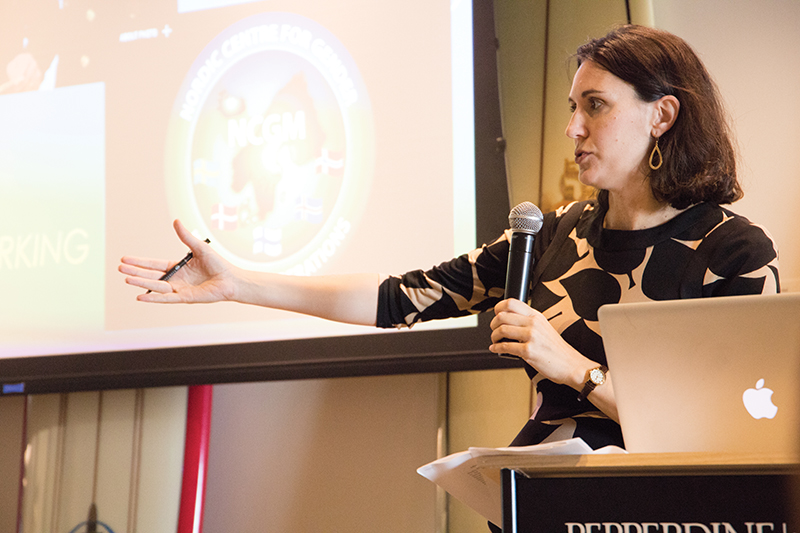 Senior Chanel Diaz said a lot of what she wants to do revolves around public policy, refugees and immigrants and she wants to be in a position where she can make the most change.

“Having Hardt define what gender mainstreaming is really helped,” Diaz said. “Even asking, ‘Is this decision going to have different effects on men and women?’ will be a helpful question to have in my toolbox, even when I’m not required to use it.”

Junior Bazil Cunningham said he is grateful that Pepperdine puts on lectures like this to provide a unique perspective, as he previously had no knowledge about gender mainstreaming or its implications.

“The main eye-opening thing that I took away was the impact of ISIS and its increasing recruitment of women,” Cunningham said. “It makes complete sense that they were able to take advantage of existing gender roles and use them to manipulate young women. This is a bold move I think could continue to happen unless we begin to challenge and reevaluate certain aspects of existing gender norms and ideals.”

Vabulas is a good friend of Hardt and hopes the lecture opened student’s eyes to the realities of the different impacts of policy on men and women.

“One of my biggest missions is ensuring students know this subject even exists,” Vabulas said. “We should be looking at not just conflict but also broader international topics like economic development and realize that there are different impacts of policy on men versus women. This isn’t a soft and fuzzy topic, it deals with life and death conclusions too. I hope this awareness allows students to look at the world in a slightly different way.”

Hardt told students they should strive to open conversation about gender mainstreaming and get down to a person’s values if the person they are engaging with is saying things that come from a sexist or racist stance.

“Any type of influencing you’re doing, the Socratic method is very powerful,” Hardt said. “It’s important to ask people questions and try to get down to the values you share with this person. Once you figure out why a person feels the way they do, you can tailor your response accordingly.”

Hardt plans to continue her research and publish her findings, as international organizations have a long way to go in terms of including a gender perspective.

“If you define effectiveness in terms of representation of women, we’re not nearly there yet,” Hardt said.

The next Women in International Studies event is scheduled for Spring 2019. 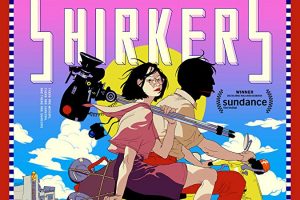 Photos courtesy of NetflixAlthough it’s not intended to be a spooky Halloween movie, the new Netflix original documentary...
Copyright 2013 Jupiter Premium Magazine Theme
Back to top