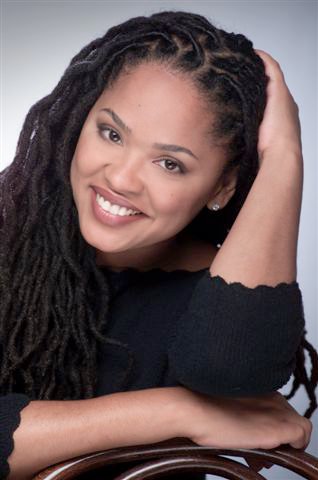 Assistant Professor of Communication Roslyn Satchel released her first book, “What Movies Teach About Race: Exceptionalism, Erasure and Entitlement,” on Nov. 15. Satchel’s latest piece of literature explores what the prevalent, subdued themes within movies are communicating to audiences, even when they are unaware of it.

Satchel said her life’s work has been dedicated to social justice. So although this is her first book, it is a part of her collection of works that strive to bring attention to the more controversial topics including racism, sexism and classism, to name a few.

In an interview, Satchel described the purpose and material included in “What Movies Teach About Race: Exceptionalism, Erasure and Entitlement,” and why it is imperative her audience understand her perspective.

How long have you been working on the book?

Five years to be exact. This started as my dissertation when I was in my PhD program. So the idea phase and the first proposal went in this time five years ago.

Have you always been a writer?

Always. I wrote my first book when I was 12, I believe. My mother still has it; it’s a book of poetry. Since then I’ve always been writing no matter what I did. When I was working in law firms, or in policy advocacy or in ministry, I was always writing. That’s my love, my gift. That’s the skill I’m most proud of.

Why do you think it’s important to bring to light what movies teach about race?

I think it’s most important to talk about racial ideologies in movies because they’re so pervasive. Most of us watch movies as a form of escapism. We sit down and devote up to two-and-a-half hours most of the times of our days, sometimes in a theater, now more in our homes or even on our mobile devices. They have become so much a part of the the fabric of our societies that people watch movies to [learn about] the histories they would have otherwise read a book about.

But we have a less and less literate society, so people are not reading in the ways they did previously. Now our dominant medium is video or film. And so now we are talking about people that are getting their history, people who are getting their sociology, their psychology, people who are getting everything that they need in order to learn how to function in a society, how to learn, how to communicate with others, through the medium of film. So we have to study it and see what those messages are.

When I went into this project, I went into it looking at some of my favorite films saying, “What is it exactly that we’re getting here? What are these folks saying?” And that’s why its so imperative to me, because it’s not just about entertainment. It’s not just about escapism. It’s about the content that controls the way we think of the whole world.

What are the best and worst parts about trying to present a heavy subject matter to an audience?

The best part about it is that I get a chance to present my research, so I’m not really trying to change anyone’s opinion. I’d love for my research to have a social impact; every researcher wants that. But this is a study I did, and it is social science; it’s a combination of qualitative and some quantitative elements of research. And what it does is allow for me to say: “This is the dominant discourse in our society. These are the concerns that they raise. This is what I believe should be our collective call to action.”

In the “best” category, that’s where I come from, I get to study the most influential medium in our world — it’s great. This is a wonderful way to contribute to society. I get excited about my research. The worst part about it is that people come to it from a very defensive posture. There is a lot of guilt that has been individualized around larger social societal structures. I think the worst thing somebody can do with this book is to come at it from a defensive posture. Because what I’m pointing out is that it’s not an individualized issue — this is a structural and a historical issue.

What do you think is the main thing that causes people to overlook these things movies teach about race?

It’s a business. It’s all about money. It’s all about the profit margins. Most filmmakers will admit very clearly “I never thought about it that way,” because they’re not looking to make life worse for an entire group of people. Most times people are telling stories from their worldview and their orientation. And they’re using that in a way that hopefully attracts others to a storyline.

You can erase an entire ethnic group when you are not thinking critically, and when you do not have other critical voices you are engaging with. And as researchers, as scholars, we have a responsibility to be in that conversation and to help filmmakers who are trying to do good in the world. We’re not their conversation partners; we’re talking amongst ourselves. That doesn’t change the world. I’m interested in changing the world. I’m interested in making the world a better place for everybody.

How do you blend this passion for social justice into all the classes that you teach?

I do that every day. I will literally take a course and redesign it to help teach about cultural competency and media literacy; that’s what I do. So I took public relations courses, and I made them courses that required cultural competency and media literacy in order for students to understand how you create mutually beneficial relationships between an audience and a client.

Now I teach Intercultural Media Literacy. Our goal is to take media content, critique it, which means to think critically about it, [and] engage with an attitude of openness to develop a knowledge base and an awareness that actually places people of all cultures and traditions in a venue where they are equal. Then [we] develop the skills necessary to make a difference — to change the problems. It’s not just about identifying the problems in my class, but it’s also about finding the solutions. That is what this book sets out to help us do as well. That we can become media literate, be able to think critically about content, and then create a world where we value diverse traditions, races, ethnicities, genders — that everyone is valued for what they bring uniquely to the table.

Satchel’s book is now available online on Rowman.com, and is available for preorder on Amazon.com. More information about the book can be found on her website, rsatchel.com. 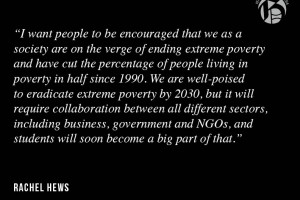 Graphic by Nate Barton The Poverty Awareness Campaign began with a documentary screening of "Poverty, Inc." followed by a student...
Copyright 2013 Jupiter Premium Magazine Theme
Back to top