At 66 years old, most people’s leisure activities would likely involve strolls along the beach, reading a good novel at a coffee shop and, of course, the occasional movie night. Not much so for Laurie Nelson. She has worked at Pepperdine for the past 37 years as a professor of sports medicine as well as an adviser for pre-med students. Today, she is nationally ranked Crossfit athlete. 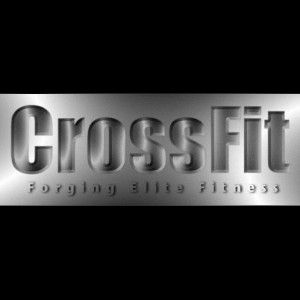 Crossfit is a national fitness organization that has gyms all over the world. The concept of Crossfit is built on functional movements that give several different kinds of fitness. “It involves much more than just weight lifting,” Nelson explained. “The workouts are constantly varied and train us in each of several fitness domains.”

She trains in Crossfit Malibu, which is owned by Michael Anderson, a longtime friend and coach.

“Michael Anderson was my student at Pepperdine, my colleague here on the faculty teaching physical education classes for several years, and one of my hiking partners,” she said. When he introduced Crossfit to Malibu, Nelson resisted going to the gym for an entire year before finally giving in and trying out this new workout routine.  “I thought that I had too many orthopedic problems with my right knee and my feet, and also that Olympic Weightlifting would be too hard to learn at my age.”

In the summer of 2010 she decided to try out the On-Ramp beginner program. “I was very pleased with the progress I made in just five weeks getting stronger and feeling better.  So I decided to join the regular classes” she added.

Nelson admits to not always having been a star athlete. “High school and college sports were not available for me when I was growing up, but I still played many sports recreationally,” she said. “I did hiking and walks but I stopped weight lifting and therefore became weak in my upper body and core.”

However, after adopting Crossfit, Nelson feels stronger than ever.

“One-and one half years later I have become extremely fit. The workouts have allowed me to do things like skiing that I had not done in 15 years,” she said, praising this technique and “it translates to all kinds of activities and gives you an amazing baseline fitness level.”

After a few years of training, Nelson achieved a prime level that allowed her to compete in the sectional competition at her gym. It was a five-week long competition where every Wednesday night they received a workout that had to be completed in front of a judge.

“The workouts were hard for all of us but I was fortunate that I could do everything asked,” she said.

The Crossfit workout routine is quite demanding. Nelson does Crossfit four to five times per week for 1 hour each time and does hikes, walks or elliptical training for at least another hour. “A Crossfit workout is only between five and 30 minutes long but we take time to warm up, stretch, and practice other movements,” she said. But ever since she qualified for the final games competition, she’ll increase the time and intensity of her routines. “I want to get better at some of my weakest movements like pushups and overhead squats.”

On the secret behind keeping such an active lifestyle, she credits eating right and maintaining a healthy balance in your lifestyle. “I have always enjoyed exercising but Crossfit has been one of the best things I have done.  It is fun to work out with others and the routines change daily. Plus, it makes me strong and fit for everything else I want to do,” she said.

An added incentive certainly has to do with fulfilling the role model status she owns as part of the faculty here at Pepperdine. “As professors we always try to inspire our students. I have always believed in the value of a healthy lifestyle and have tried to both teach and live it. Whether it is students or older adults or my fellow gym members I hope that the example I provide helps to encourage them,” she said. “In particular it is important for others my age to realize that they can do this and can improve their fitness drastically with Crossfit. It is safe and it really works.”

Graphic vlogger Amber Scholl scoped out Glow Zone to give a recap to this who missed it.
Copyright 2013 Jupiter Premium Magazine Theme
Back to top