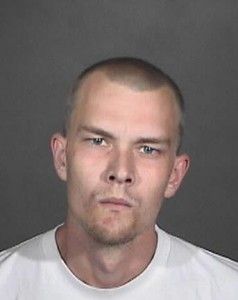 President Andrew K. Benton’s son Christopher Benton, 27, was apprehended on the second floor of the Thornton Administrative Center by LA County Sheriff’s Deputies. Benton was arrested at 11am on Thursday, a day after alleged threats against his family. The Pepperdine community received the following email from University Public Relations around 1:50pm on Thursday:

“Chris Benton, the adult son of President Andrew K. Benton, was apprehended today by L.A. County Sheriffs on the Malibu campus of Pepperdine University for alleged threats made against his family. Pepperdine fully cooperated with law enforcement personnel to protect its students, faculty, staff, and visitors. The Pepperdine community is asked to remember the Bentons during this difficult time.”

“We love our son and, perhaps, we love him even more as a consequence of the many challenges he has faced in his life.  He has made a number of harmful decisions, especially those emerging from experience with drugs and poor choices in friends.  We don’t know exactly how we arrived at this point, but we are a family and we will work through it.  We hope this present situation is the beginning of a new path, and we pray fervently to that end.”

According to the L.A. Times, Benton was also taken into custody on suspicion of being a convicted felon in possession of a handgun and ammunition. Authorities found a gun on a campus hillside which is believed to have been discarded by Benton.

It is not clear at this time whether Benton was living on campus.

Benton was previously involved in the case surrounding the death of 25-year-old Katie Wilkins in April, who was found in her parents’ garage on West Moon Shadows Drive on the evening of April 28. Although the LA County coroner’s report determined her official cause of death to be heroin overdose, Benton was the last person to be seen with Wilkins according to surveillance footage from a McDonald’s restaurant on Pacific Coast Highway. Benton would not talk to the authorities regarding his connection to the case. Shortly after Wilkins’ death, Benton entered a drug rehabilitation facility.

More information will be added to the article as it becomes available.