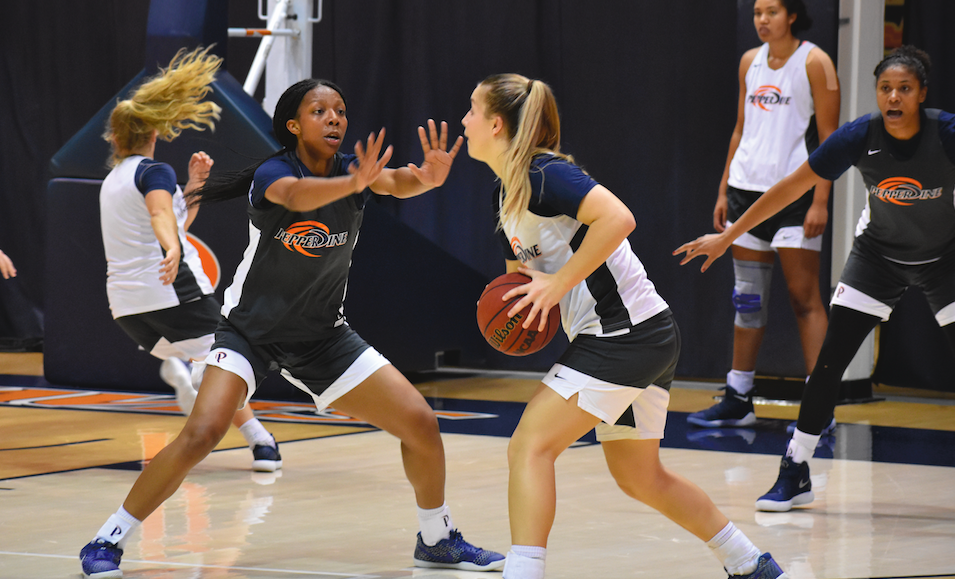 Junior forward Yasmine Robinson-Bacote was selected for the WCC All-Preseason Women’s Basketball team. Coming into this season, Robinson-Bacote said she likes to see that her hard work is acknowledged.

“Its great to be recognized as in such a competitive conference and that motivates me to get better,” she said.

Moving forward, Robinson-Bacote said she wants to help the team win and continue to improve her game.

On the court, Robinson-Bacote plays at the forward position. As an offensive force, she said her team does a great job finding her in good position to score. Last season, she led her team in scoring average per game (14.8) and in total points (414).

While her position on the roster is at forward, Robinson-Bacote said her coach has been challenging her to get familiar with every position.

“Primarily my position is at the four, but I can play at the three or the two, wherever coach needs me to line up to help the team,” she said.

Robinson-Bacote started playing basketball for fun at the age of 7. Her father coached an Amateur Athletic Union boys basketball team, and she would travel with him on weekends to watch their tournaments.

“I got interested in basketball after I saw what it was able to do for you,” she said. “You could go to school for free and travel the world through it. That’s when I fell in love with the game and it’s been my primary focus ever since.”

As far as the new team dynamics go, Robinson-Bacote said the change in coaching staff has been a smooth transition.

“It was great having an assistant coach we were familiar with move into that head coach position,” she said.

Delisha Milton-Jones took over as head coach back in March and is now preparing for her first season at the helm. Milton-Jones has an extensive track record in basketball; she played for five WNBA teams and three Euroleague teams overseas.

“They brought in three great additions,” she said. “Coach Josh [Pace] is someone people are familiar with, Coach BJ [Porter] does a great job building relationships on and off the court and Coach Roland [Jones Jr.] has a love for the game that shows in practice.”

“Our team enjoys being around each other,” Robinson-Bacote said. “It’s important that we can have fun on the court together and have fun hanging out off the court as well.”

She also said off-court relationships with her teammates have been important when going into games. As a team, they all want the best out of one another, Robinson-Bacote explains. That feeling of having a team behind her is something she gets excited about.

Robinson-Bacote said she likes to relationships through basketball. Not only with players and coaches from her team, but other players she has met on the court as well.

“I still have the numbers from people I met back home on the court who I text from time to time,” Robinson-Bacote said. “One of the things I love most about basketball is the off court relationships that are built. The ball stops dribbling one day, but those friendships can last forever.”

Off the court, Robinson-Bacote enjoys the activities of every college student. Some of her favorite off-court activities include watching Netflix, going out to eat with her teammates and taking naps.

“I get made fun of a lot for taking so many naps, but I really just like being able to relax,” Robinson-Bacote said.

She said she is binge watching ‘Grey’s Anatomy’ and trying to catch up before the new season starts.

At Pepperdine, she said some of her favorite sports to watch include volleyball and water polo.

“Coming from the East Coast, I was not familiar with water polo,” she said. “I was interested in it because it was something new for me to watch.”

Robinson-Bacote supports other athletic programs as well, but her main focus remains on the upcoming season.

“I’m excited for people to see what the team has been working on,” she said. “We’re starting a new journey and we have big things coming this season.”

Waves’ Women’s Basketball start their season Nov. 10, against Long Beach State. Their first home game will be held Nov. 19 against the Seattle Redhawks in Firestone at 1 p.m.