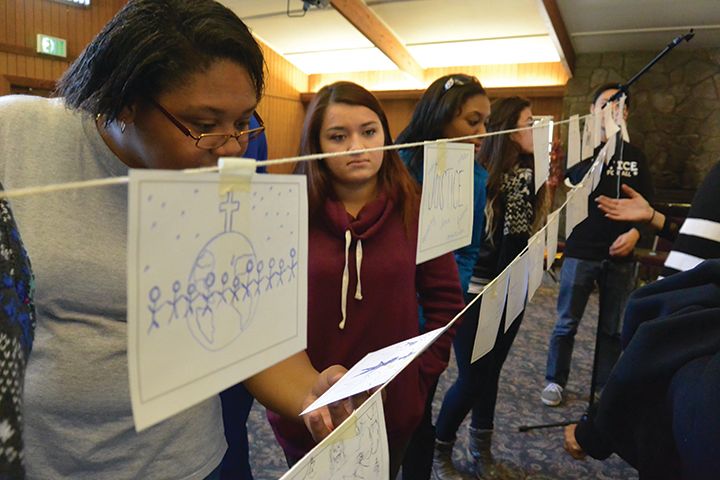 Every spring semester, Pepperdine’s Posse staff and scholars help organize a retreat for themselves and guest students to unite in dialogue over important current events. This year, the theme for discussion was “Crime and Punishment,” focusing on the true definition of justice and crime in the throes of an often divided nation.

For those who do not know, the Posse Foundation is a national scholarship program that gives full scholarships and social support to scholars of excellence who may have been overlooked by conventional college application systems. Posse’s mission in general is to increase on-campus diversity at top-tier universities. Pepperdine has an entire chapter of these students.

Gathering each day this past weekend in the chapel building of the Oaks Camp and Conference Center in scenic Lake Hughes, students both in the program and invitees from the general pool of the school began with conversations about the nature of political and social equality in judicial structures, actions and perceptions, with each session narrowing in closer to the direct and indirect experiences of Pepperdine students themselves. From global to national, then campus-wide to personal, they addressed the urgency of combating inequality and injustice from many different angles.

“Engaging in conversation with my peers at the Posse-Plus Retreat was thought-provoking. It led me to question the punitive style of our judicial system, to consider rehabilitation as a viable alternative to our current approach to justice and to question the existence of prisons altogether,” said Posse member Natasha Frazier, a junior majoring in sociology.

The conversation proceeded to contrast ideals of justice with the current state of the nation and the campus. Students garnered and discussed better options for combating crime as a society, and also how to define crime itself. Some made points to mention the scarcity of options individuals in poorer areas may have. This was found to often be connected to their equally lackluster chances at an education or escape from a life of poverty and violence. Often, the group found, these men and women were imprisoned, even for life, for similar crimes in which white or affluent individuals received just warnings or house arrest. A couple of these people even had zero evidence against them.

Continuing to consider better ways of thinking about justice, students with religious alignments openly discussed, for example, ideas of God’s justice in contrast to human justice amidst a listening and participating mix of people of all faiths and non-faiths. 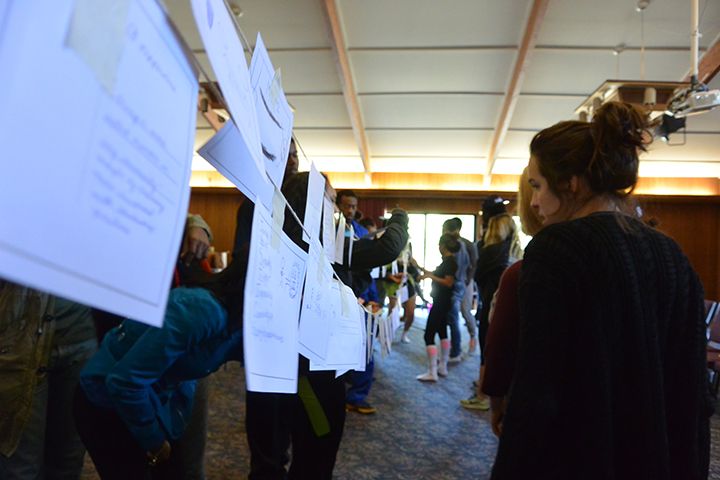 “Justice is unattainable in a man-made system. Why? Because man is flawed, selfish, evil and broken,” said senior Genevieve David, “However, justice is free where God is sovereign because what God created isn’t a system. It is a kingdom — a kingdom where everyone is equal. I’m at a place in my faith where I can only see the world and the people in it through God’s lens. In His eyes, everyone is valuable without question and by default, simply because we are His beloved and His Creation. We are all unjust.”

The conversation then turned even more personal with the exchange of grievances and, in some cases, suggested solutions in both the national and campus-wide context.

“We shouldn’t have to hide our feelings of social or communal injustices on account of being afraid of kickback. We shouldn’t be scared to speak up on what matters to us because Pepperdine doesn’t want to upset the donors. We should have the right to criticize the school on their mistakes to bring about change. The notion we carry, that “Pepperdine will just sweep that issue under the rug” should not be ingrained in our mindset as students. Overall, Pepperdine should fully accept everyone they accept to attend their institution. Not just the straight, white, wealthy, Christian men. I should be able to speak up on campus without fear as a poor, black, non-religious female. The idea “that freedom, whether spiritual, intellectual or economic, is indivisible” isn’t really affirmed now is it?” said senior Maya Roy, citing Pepperdine’s own affirmation statement.