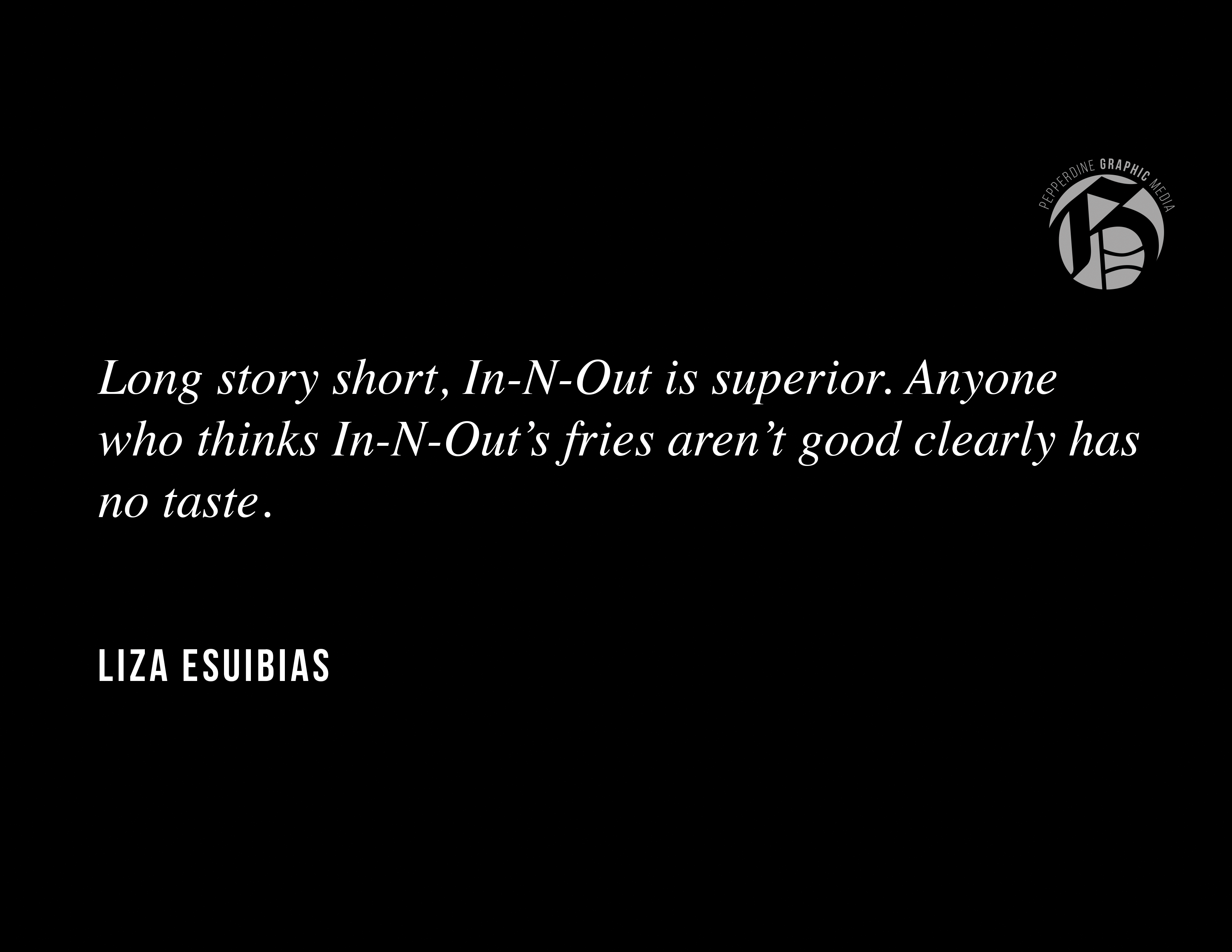 I had never tasted fries I did not like — until I tried McDonald’s.

As someone born and raised in California, I grew up eating In-N-Out. I did not realize it at the time, but this set my expectations high.

I figured all fast-food fries were good. I thought I could count on any drive-thru to satisfy my craving for a salty snack on a road trip. I was wrong.

I very rarely ate at McDonald’s as a kid — I hadn’t even tried their ice cream until this past week. I sometimes would go to get a Happy Meal, but that was solely for the purpose of opening the little gift that came with it.

One day, I was on a road trip and decided it was time to switch things up. Despite feeling like I was betraying In-N-Out, I wanted to take the plunge and try McDonald’s fries — just once.

Well, “just once” turned out to be one time too many.

I did not expect the sogginess and blast of salt that came my way. The texture was rubbery, they were falling apart as I picked them up and there was barely even any potato inside — the very ingredient that makes them fries.

In-N-Out makes fries for the perfect bite — with a balance of crunchy on the outside and soft on the inside — so you do not have to chew too much, and there’s just the right amount of salt without leaving you feeling parched.

In-N-Out’s fries also only have three ingredients. McDonald’s fries have 19, including Dimethylpolysiloxane. You know what they say: If you can’t pronounce it, don’t eat it. And if you can pronounce it, you are probably smart enough to know not to eat it.

I never need condiments with my In-N-Out fries because they are flavorful enough — seasoned with both salt and pepper. Every now and then, though, I have a fry or two with some ketchup, and it is never an overload of flavor. They also pair well with an occasional dip in a vanilla milkshake, but that’s a conversation for another day.

The point is, McDonald’s fries are unable to be saved. Any attempt to make them taste better fails — I have tried sweet n’ sour sauce, ranch, ketchup and BBQ. The only way to fix the fries is to dunk the entire thing in the sauce, and, in that case, what’s the point?

Long story short, In-N-Out is superior. Anyone who thinks In-N-Out’s fries aren’t good clearly has no taste. And if you aren’t convinced, watch this TikTok of an employee showing how dirty the McDonald’s fryers are, full of salt and grease — which is not surprising. With that, I rest my case.