Pepperdine’s Invisible Students — The Ones the Data Neglects 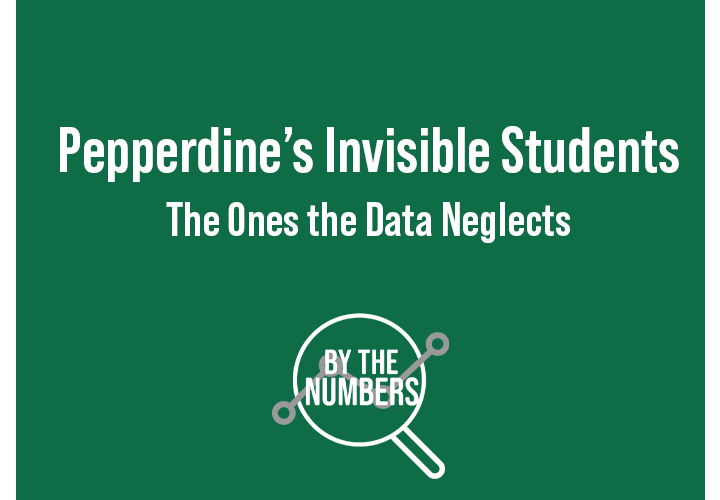 Pepperdine seems careful to maintain a pristine record on certain statistics — high grade-point averages, low crime rates, high International Programs participation rates and low dropout numbers. But some students slip through the cracks, unrepresented in the data and facing unique challenges because of it.

Some students are categorized as 1% or 0% of Pepperdine’s student population based on their race, hometown or religion, while others are unaccounted for entirely because of their sexuality or gender identity. These invisible students, however, belong to the Pepperdine community and make waves in their own way.

“I think we’ve yet to be recognized, especially with a lot of the severe damage that we’ve seen,” said senior and Crossroads President Mary Buffaloe, referencing homophobic slurs on the Freedom Wall. “It’s the kind of stuff I would love administration to ask about, but they have yet to ask, and that’s the biggest problem.”

Alaska Natives and Indigenous People have historically been the smallest student racial group, according to the Office of Institutional Effectiveness’ preliminary Annual Diversity Report for 2019. 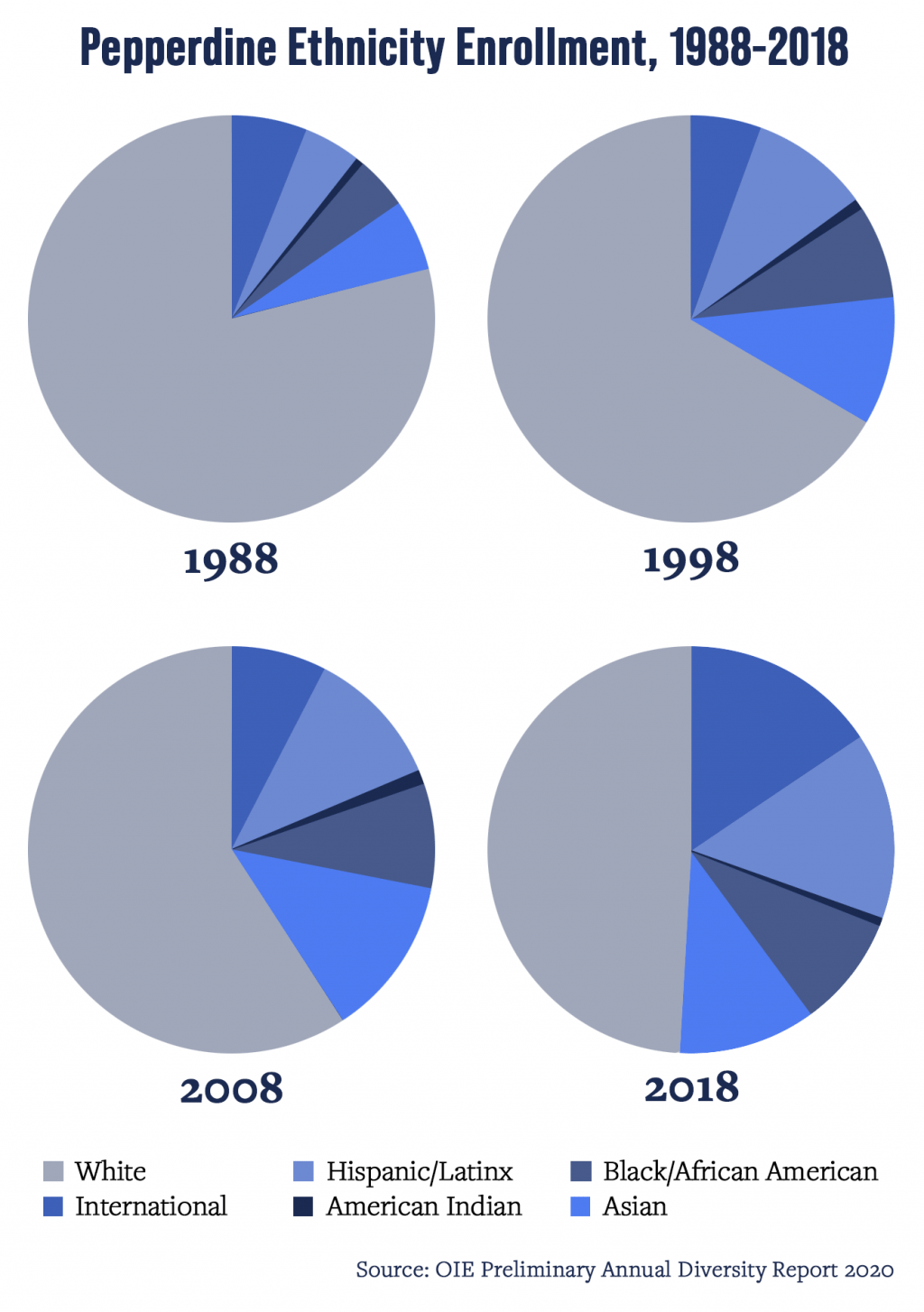 All other racial minorities at Pepperdine increased dramatically over the past 20 years — Hispanic and Latinx students especially, with a 225% change from 1998 to 2018. Indigenous representation, however, decreased 45% during that same time frame. The Office of Institutional Effectiveness did not denote whether any faculty or staff belong to the Indigenous community.

Sophomore Sammie Wuensche and junior Jerry Calderon said they co-founded the Indigenous Peoples’ Club in fall 2020 in hopes of creating a communal space on campus for Indigenous students.

“Indigenous presence at Pepperdine has been swept under the rug since 1937 and never addressed, so we felt it was time for Pepperdine to recognize and celebrate members of its student body who are a part of the heritage that made Pepperdine possible,” Wuensche said.

To create a club that is part of Pepperdine’s Inter-club Council, members have to both write a constitution and have a group of 20 individuals interested in the club, something that can be a challenge for identity groups with smaller populations on campus. Now, with recognition from ICC as an official club, the Indigenous People’s Club’s next goal is to find more Indigenous students to join their community, Wuensche said.

Moving forward, Wuensche hopes to continue to promote Indigenous culture to all Pepperdine students by celebrating Native Heritage Month in November and going to a local powwow when classes are in person.

Wuensche is Cherokee and Choctaw on her mother’s side and said her grandmother introduced her to her native culture. Her grandmother is a native artist who creates Indigenous art, including beading, painting, woodburning and other traditional practices.

“I grew up spending time in her little workshop in her garage, just watching her paint pictures of Indigenous women riding on horses,” Wuensche said. “Since I was a toddler, I’ve just known that that was a part of my heritage, and I’ve been passionate about it.”

“I am the kind of person who, regardless of how many people are in a group that I identify with, is still going to choose to be a voice for that group regardless of their numbers,” Wuensche said.

Pepperdine’s Malibu campus is on the land of the Chumash nation, a fact Pepperdine has begun to acknowledge in recent years. The Pepperdine Volunteer Center shared information about the Chumash tribe for Indigenous Peoples’ Day on Oct. 12, highlighting both Pepperdine’s recent removal of art recognizing Christopher Columbus and Spanish conquistadors from campus in 2015 and 2016, respectively.

The Student Government Association passed Calderon’s resolution Oct. 14 to create a Chumash memorial on campus, though Calderon and SGA have not provided additional details on what the memorial will look like or where it will reside on campus.

“We want Pepperdine to start caring about the land it’s on and recognize that,” Wuensche said. “This earth is God’s first, but there are people who came before you on this land, and it’s important we know who they were. IPC exists to celebrate that culture and give thanks to God and the natives before us who enabled us to be in a place where we can have a community that celebrates our heritage.” 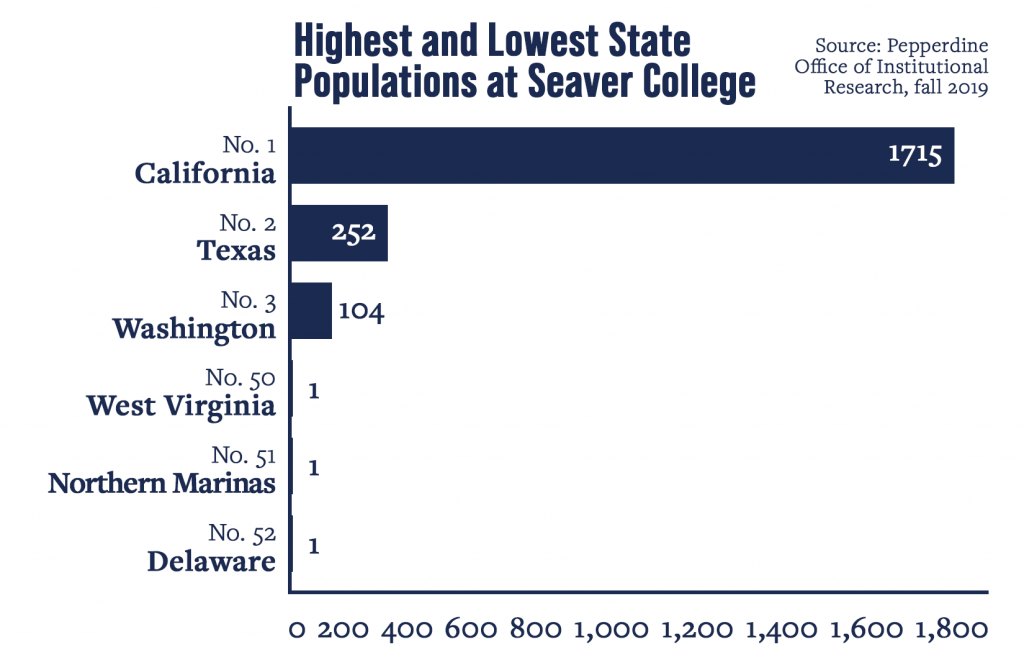 These three individuals are categorized as less than the first percentile; the OIE 2019 Fall Enrollment Census categorizes North Dakota, Vermont and the Northern Mariana Islands residents as 0.0% of the student population, a dramatic drop from California residents, who make up 53.8% of domestic student populations.

“A lot of people who are only from California don’t understand what it’s like to be from somewhere else entirely,” Hardt said.

Hardt, who also serves as one of the Graphic’s News assistants, was born in California, but her family moved to Saipan — the largest of the Marianas and the capital of the territory — when she was a year old.

“It’s the most beautiful place — there are all these stunning views, and it has the best sunsets,” Hardt said. “I loved it growing up, but then as I got older, it started to seem too small. It’s only 12 miles long, and there’s not that much to do on the island, so I was definitely ready to get somewhere that had more stuff going on.”

Moving from Saipan to Malibu was an adjustment for several reasons, Hardt said. In Saipan, she was one of the few white students in her classes. Another challenge Hardt faces due to her home is travel. It takes 24 hours on multiple planes to get from Los Angeles to Saipan, Hardt said, because there are no direct flights between the two cities. 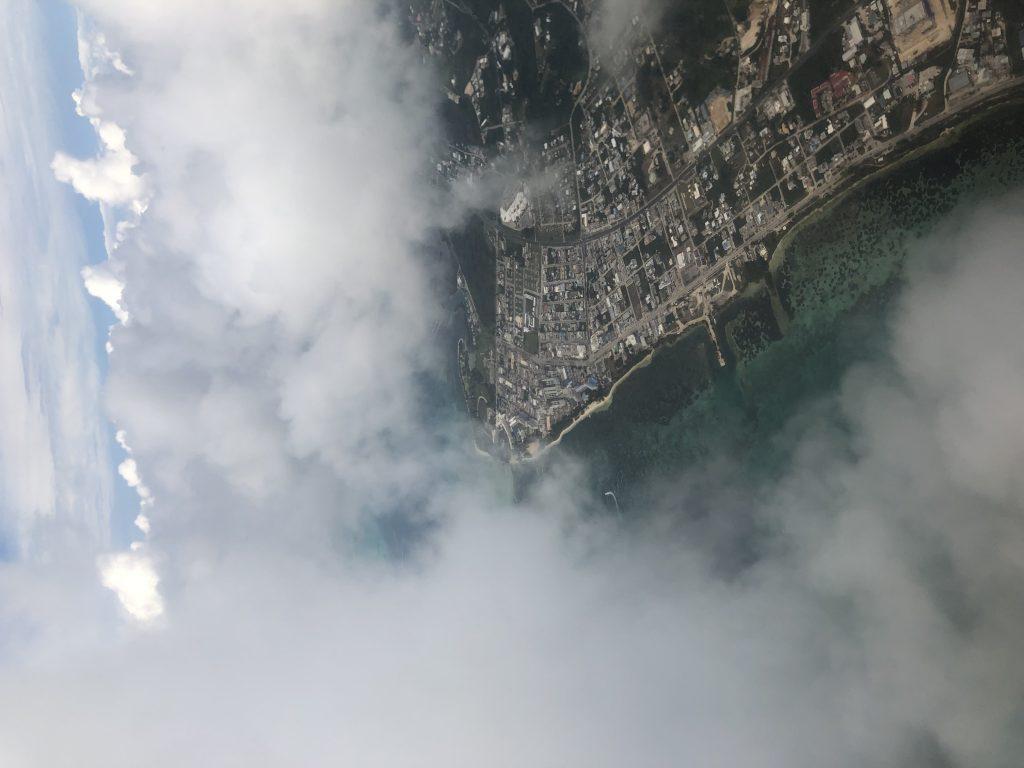 Senior Natalie Hardt’s aerial view traveling on a plane from Saipan on July 13, 2019. For Hardt to travel home over breaks, it takes her 24 hours one way, so she tries to reduce her travel home during the school year. Photo courtesy of Natalie Hardt

Most Pepperdine students and professors are also unaware of Saipan or the Marianas entirely, Hardt said.

“Every time I meet someone and they’re like, ‘Oh, where are you from?’ I’m like, ‘I’m from Saipan,’ and then they look blankly at me,” Hardt said. “And then I say, ‘It’s the U.S. territory next to Guam,’ which is something I’ve said a thousand times since I started attending Pepperdine.”

While Pepperdine tracks comprehensive data on several demographic points, sexual orientation and gender identity are two features the Office of Institutional Effectiveness and other administrative organizations do not collect.

Due to a lack of University acknowledgment, students belonging to the LGBTQ+ community on campus remain largely unrecognized and unrepresented.

Pepperdine’s first official LGBTQ+ organization, Crossroads Gender and Sexuality Alliance, began in 2016 and serves as the only Pepperdine-sponsored group for LGBTQ+ students and allies on campus.

Buffaloe said she joined Crossroads her first year in search of community.

“I always knew when I would go to Crossroads, it was a community I felt loved by,” Buffaloe said. “I’ve stayed with it just because I want everyone else — all of the other people on our campus — to feel that same kind of support and love, especially because we are oftentimes ignored by administration. It’s important for us to have a place.”

Junior HeeJoo Roh, who leads marketing for Crossroads, said she was aware of Pepperdine’s reputation for being anti-LGBTQ+ and therefore joined Crossroads her first year to have community and solidarity.

One of the major challenges LGBTQ+ students face is the historical exclusion and persecution of the LGBTQ+ community in the church, specifically the churches of Christ, Buffaloe said.

“It forces us to exist in this weird limbo where we’ll be in classes where professors just don’t believe we have a right to exist,” Buffaloe said. “One of the most interesting things about being queer in general is how you have other people who just look at you and say, ‘You don’t deserve to exist at all,’ and then they treat you accordingly.”

Despite the University’s inclusion of Crossroads on campus, many structures on campus are designed for straight, cis-gendered students — Housing and Residence Life specifically. Housing can be a challenge for LGBTQ+ students, especially when choosing roommates and living in a same-gendered space for those who do not identify with one gender, Buffaloe and Roh said.

“With the way we do it at Pepperdine, you’re thrown into a room with someone you don’t necessarily know,” Buffaloe said. “I think — for most people — that can be something fun, but for a lot of minority students, it’s terrifying.”

During her sophomore year abroad, Buffaloe had a randomly assigned roommate and said she was afraid to live with someone homophobic who may physically harm her in her own room.

“It ends up being this issue of safety more than anything,” Buffaloe said. “[LGBTQ+ students] go into these institutions where faculty and student prejudice always ends up being us as the butt of it, and so we end up not being safe at all and being in danger while we’re in a housing situation — and we shouldn’t be in danger.”

Roh said she experienced a similar fear in selecting housing her first year, worried about Pepperdine’s reputation toward LGBTQ+ students and unsure she would be safe.

Another challenge LGBTQ+ students face is reporting hate crimes or bigotry they experience on campus. Since changing its constitution, Crossroads leaders are able to advocate for students who face discrimination based on their gender or sexual identity, but there is no administrative process that allows for students to report discrimination anonymously that can result in disciplinary action.

Students experiencing discrimination can report the incident anonymously to the Counseling Center or the Chaplain’s Office, according to Pepperdine’s Step UP! website, but neither office handles disciplinary action. The office of Title IX requires students to attach their name to a report, which, Buffaloe said, could be dangerous.

“Even if I think of reporting, the mindset I go through is, ‘Well, if I choose to stay quiet, nothing’s going to happen; I don’t have to get involved in getting someone in trouble,'” Roh said. “That also encourages me to just stay quiet rather than report.”

Students Feel Safe on Campus and in Malibu Despite Crime Increases 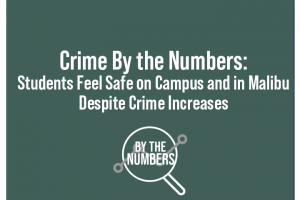 Students Feel Safe on Campus and in Malibu Despite Crime Increases

Pepperdine University and the surrounding Malibu area both have a reputation for being secluded and safe. While overall crime...
Copyright 2013 Jupiter Premium Magazine Theme
Back to top