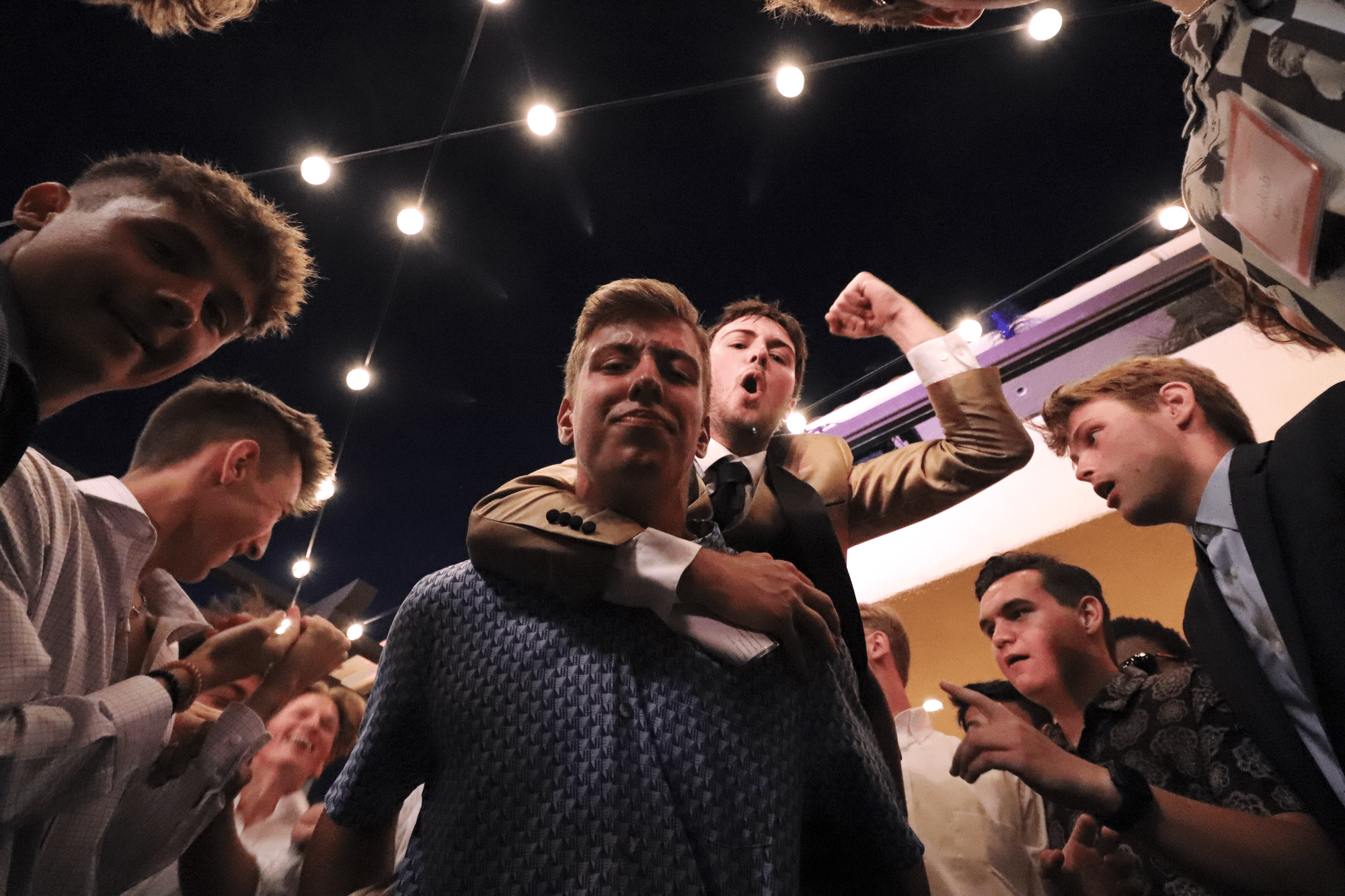 First-year students dance at the President’s Reception at the Brock House Aug. 27. New Student Orientation was a week-long event to help first-year students mingle and get acquainted with campus. Photo by Ali Levens

After a year of virtual admissions, campus tours and acceptance parties, Pepperdine’s Class of 2025 finally arrived on campus. Out of 12,934 applicants, 1,209 students enrolled at Pepperdine, making them the largest incoming class Pepperdine has ever accepted, Seaver College Office of Admission wrote in an email to the Graphic.

For some students, move-in day was their first time ever seeing campus. Liam Zieg, first-year from Columbus, Ohio, stepped foot on campus for the first time four days before moving in but said he immediately fell in love with it.

“I was scared that the campus was going to feel too small or that I was going to feel like I made the wrong decision,” Zieg said. “But as soon as I went through the gate, I knew it was the right place for me.”

When students arrived on campus, they went straight to the Firestone Fieldhouse parking lot to show a negative COVID-19 test and get cleared. Then they went to the Rho parking lot to check in and receive directions to their residence halls.

Even with such a large incoming class, Zieg said the first-year students still bonded and met each other, after following each other on social media for the last several months.

“Even walking around just touring, I met so many people who went out of their way to say hi to me and ask me how I was doing,” Zieg said. “That’s a community that I feel like I won’t get anywhere else.”

President Jim Gash and his wife, Jolene, hosted the new students at the Brock House for the traditional President’s Reception, formerly known as “My Tie,” which is a dance and dessert reception. Trombonist and vocalist Ricky Lucchese performed while new students mingled with each other.

“This is what we’ve been waiting for for 18 months,” Gash said. “For students to return is what brings life to our campus and to be able to have the biggest class on the lawn together; we are thrilled.”

Frosh Follies event returned to campus Aug. 28., and first-year students acted out skits and sang chants for the rest of the group while judges scored their performances. Resident directors Alyson Thompson and Spencer Slater hosted the event, and the winning team was the group of Peppers, E Penn, Fifield, Hayes and White.

“All of our hard work as a group paid off,” said first-year Jake Castagnola, member of the winning team. “I feel like our group was very united and very together.”

Housing and Residence Life moved first-year Noelle Cottingham from first-year housing to Towers in early August, and she said she likes the nicer room but feels like she is missing out on events and class bonding in traditional housing.

“In most of the freshman housing, everyone gets to know each other there,” first-year Towers resident Sage Lee said. “We have our room and our roommates, and then we have to go out there and make the connections, which is harder.”

Throughout NSO, orientation leaders and coordinators helped first-year students move in, find their dorms, get excited to be on campus and try to reduce their nerves.

“It was a bit chaotic, but it wasn’t too bad,” Miller said. “It definitely wasn’t the worst thing ever.”

NSO Leaders and Other Student Leaders

“I never got an NSO, much like the rest of us, so I thought it would be really awesome to help welcome everybody else and give them a memorable experience,” sophomore orientation leader Ashlee Quick said.

Quick said she hopes to make all the first-year students feel like they have a home and a community at Pepperdine.

Senior orientation leader Jake Windham agreed and said he hopes to show first-year students that Pepperdine gives a unique opportunity to connect and bond with classmates and professors since it is a smaller school.

“You get to know a lot of people more intimately than you would at a school with 50,000 people, so I hope they see that and just feel more at home,” Windham said.

Residential Advisors and Spiritual Life Advisors have also been preparing to welcome new students to campus. Luke Baker, junior RA in Fifield, said he has a few mixers planned for his residents and was excited to make students feel welcome at Pepperdine, just like his RA made him feel.

Even though Pepperdine planned several traditional bonding events for the first-year students, they also had an off-campus bonding event Aug. 23, the night before move-in.

Incoming first-year Michael Sugimoto planned a Class of 2025 picnic in Calabasas, and over 800 students showed up to eat dinner, mingle and make new friends.

“A lot of people were able to connect, and it really benefited the student body to meet each other before they got on campus,” Sugimoto said. “It was a more intimate setting, and we had a great turnout.”