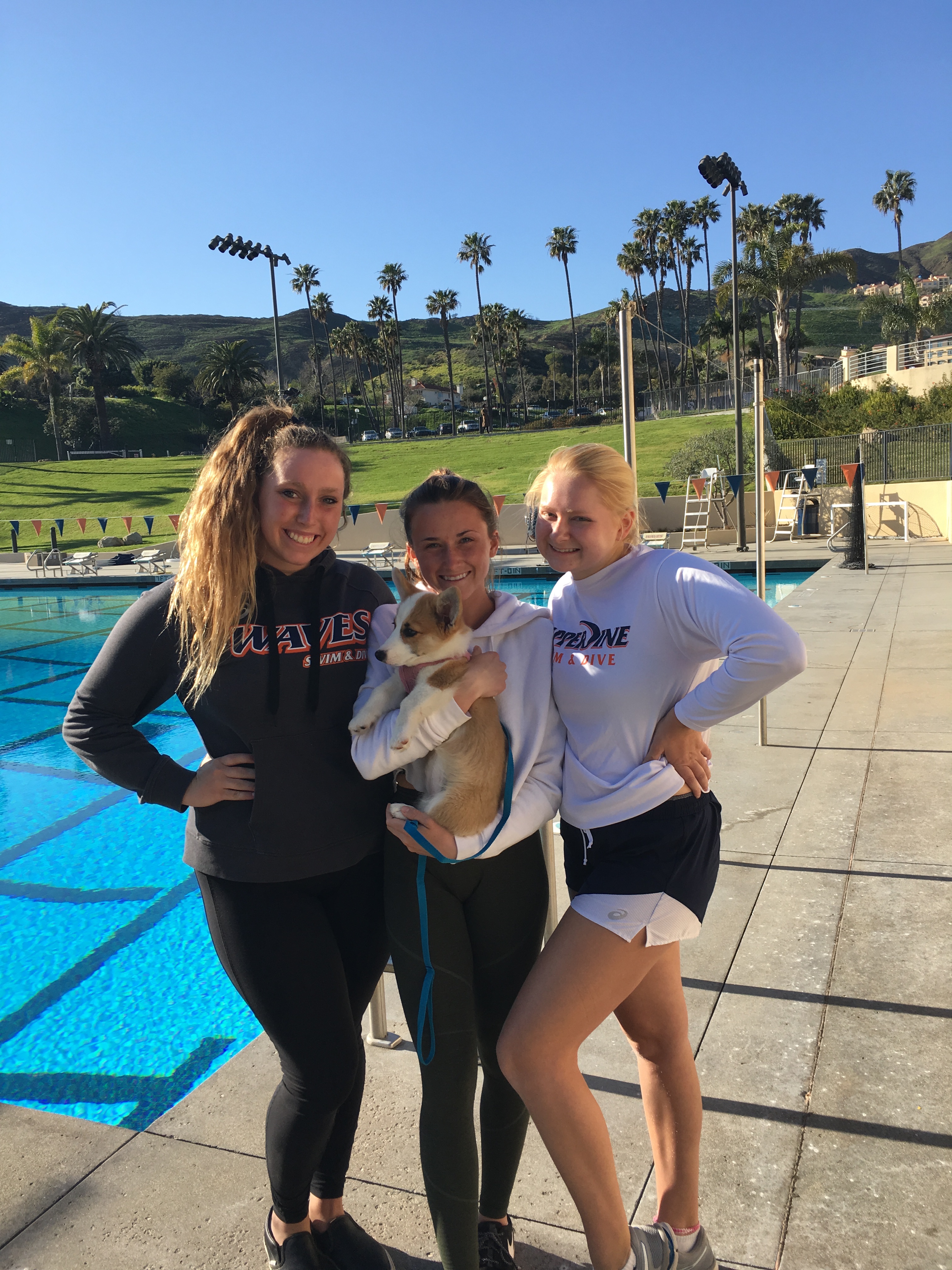 Pepperdine Women’s Swim and Dive team took second at this year’s conference after a season of increased intensity and improved swim times.

The team underwent a staff overhaul this year when long-term head coach Nick Rodionoff left the program after nearly 20 seasons. The new head coach, Joe Spahn said he increased practice times and upped the rigor of workouts, leading to renewed hope and a second place trophy at this year’s conference.

“We’re definitely building up to be a better team than I think this school’s ever seen,” Spahn said.

Conference stands for Pacific Collegiate Swim Conference. At the conference, Pepperdine competed with 11 other West Coast schools including Loyola Marymount and University of California, Santa Cruz. It was a four-day event that took place in La Mirada.

Junior Anna Riekhof also competed. Riekhof and Chan swam three events each over the course of the meet. This year was the first time that any Pepperdine swimmer competed in a postseason meet.

Spahn, who prefers to be called simply “Joe,” brought diving coach Lauren Larson with him. Meanwhile, Assistant Coach Jessica Mosbaugh is finishing up her third season.

“The biggest thing is we’ve practically doubled the amount of time that we train compared to last year,” Spahn said. “And we’ve probably tripled the amount of work that they’re used to, just because we don’t waste a whole lot of time.”

The athletes certainly feel this change.

“We’ve been killed during practice,” freshman swimmer Olivia Kayye said. “We’ve done some of the hardest training of my life.”

“Everything has a purpose behind it,” junior Kayla Smith said. “It’s not like ‘Just go swim,’ which is something that’s different from before.”

One of Spahn’s goals, he said, was to give the team a more group-oriented rather than individual focus. He said that he wants his swimmers to be proud not only of themselves but of their collective effort.

“It’s not just to go out and do a race,” Spahn said. “It’s to go out and race for your teammates and for Pepperdine and in this family that we have.”

The additional practice time and better results have created a closer environment for the team, Spahn said. The swimmers share in their coach’s ambitions.

“[Spahn]’s been great,” junior swimmer Ryane Skinner said. “We have a little bit more of a purpose to compete.”

Every year, the senior swimmers develop a hashtag to define the season. This season the hashtag is #statementseason.

“With everything that’s happened with the new program and new coaching, we’re ready to make a statement to other teams,” junior swimmer Catherine Gibbs said.

The new diving coach Lauren Larson parallels Spahn’s intensity. She characterizes her team as energetic and dynamic. The primary changes to the program were the level of effort put in by each diver and the length of practices, Larson said.

“I want them each to feel good about their performance,” Larson said.

Despite swimming generally being considered an individual sport, this team is very close, Mosbaugh said.

“It’s been a complete 180-degree switch from the old program and the girls have swam a lot more. We’ve lifted a lot more,” Mosbaugh said. “They’ve bonded as a team outside of the water, which has been a fun family experience for them.”