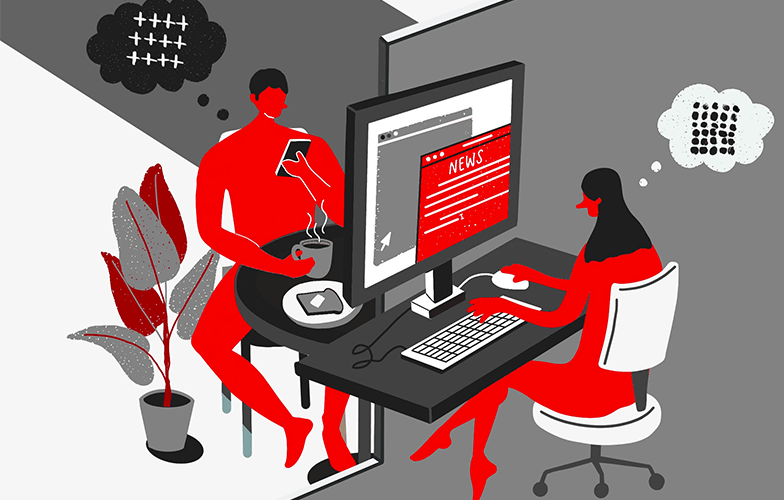 The reporter sits at their desk, hard at work writing an article. First comes the objective information: who, what, when, where, why. After, the reporter looks through their notes and listens to their audio recordings to find the best quotes. Then, if it is clear, the reporter may add the possible consequences of the events.

The reporter checks for spelling and grammar and, considering their article a job well done, sends it to their editor. But the reporter added something else along the way. Intentional or not, this addition threatens the validity of their story, and the trust of the community. What is it? News bias.

This bias can appear when a reporter leaves out a crucial source, uses a specific descriptor or when a newspaper chooses to highlight one story over another. These factors all contribute to the overall bias of a newspaper.

News bias, Communications Professor Colin Storm said, can be divided into actual bias and perceived bias. It is the responsibility of the reporter to provide as unbiased a report as possible. Actual bias is the measurable bias of the newspaper, while perceived bias is subjective based on the view of the consumer.

“Its original source is the idea that media have tendencies to lean one way or another and not be objective when it comes to a certain topic,” Storm said. “That could be a range of topics from political to sports to whatever — so the idea that they just are not acting as neutral arbiters of news.”

Storm offered information on how experts examine news bias, while Pepperdine students shared their perspective on news bias and how it affects their reading of the news.

What Is News Bias?

Software observes the amount of time spent on a topic or the phrases a newspaper uses to track actual bias, Storm said.

A news source that shows a mixed bias shows many different perspectives, according to AllSides. In contrast, a center-biased source, such as the BBC, does not express perspectives that favor one side of the spectrum predictably.

“A media outlet with a Center rating may omit important perspectives, or run individual articles that display bias, while not displaying a lot of predictable bias in its content overall,” wrote AllSides in its Center section.

In an anonymous April 2021 student survey for the Graphic, a senior wrote, “I’d say news bias is a kind of ignorance, lack of attention to detail, or deliberate misinterpretation of certain information in a way that would necessarily influence the conclusion or political positioning on a given subject of a certain individual and or institution.”

The mixing of perspectives and news reporting pieces can contribute to the perceived bias of a newspaper, Storm said.

“Perceived bias is what we the consumers think about the content that we see or hear or read or listen to,” Storm said.

Though opinion pieces can contribute to perceived bias, sophomore AJ Muonagolu, Perspectives editor for the Graphic, said opinion pieces allow writers to share their opinions and create a spaces for discussion.

“Many of the op-eds I’ve read have a liberal bent but I’ve read others with a conservative bias and many with no bias at all,” wrote a sophomore in an anonymous survey. “Overall I think the Graphic leans somewhat left but I don’t think that it’s enough of a bias to obscure facts or otherwise be seriously problematic.”

To write an opinion piece, Muounagolu said it is necessary for the writer to both research the issue and provide a solution or “explain” why the issue is important.

“When formulating your opinion or even just being aware of how to make broader decisions of the world, you need opinion pieces because they would help put the news into certain contexts— contexts you need to make better decisions and understand why it matters,” Muonagolu said.

Opinion pieces, Muonagolu said, are a way to create dialogue with the surrounding community about current events, both local and international.

“Even though people can make their own decisions, there also needs to be a constant space where we can normalize changing it and gaining more information,” Muonagolu said. “And that only happens in opinion news.”

Junior Nicolas Armenta, president of Pepperdine College Democrats, said his top news sources are Al Jazeera, CNN and newspapers such as The New York Times and The Washington Post.

“I definitely don’t just go to one source,” Armenta said. “I do what mostly every college student does now, which is looking at different sources, from both ends of the political spectrum, from different countries, in different languages, different opinions. It’s really important to get different perspectives.”

Armenta said he became more aware of false news and media bias due to his role in providing information through the Pepperdine College Democrats.

“I will never put anything out that is false, and I only use sources that I trust and the e-board trusts and we all go over it,” Armenta said. “I hold that really highly, and I’m very, very proud of my club for continuing to do that because it’s upsetting when I see other Pepperdine clubs not doing the same thing.”

It can be easy, Storm said, to read one source of news and become trapped in an echo chamber, and it is important to search for news sources that have different biases or are freer from opinion.

Sophomore Jacob Zanca, a member of Pepperdine College Republicans and a writer for the Pepperdine Beacon, said some form of media bias is inevitable because everyone has an opinion.

“I think it should be the job of media to not necessarily mitigate their bias but be open about it,” Zanca said. “That way, at least consumers understand that on top of the news as it happens. They’re also getting spin because that spin is inevitable.”

After becoming aware of bias, Zanca said it is up to the reader to consume a wide variety of sources; his top news sources are CNN, Fox News and Twitter.

Senior Mary Buffaloe, president of Crossroads Gender and Sexuality Alliance, said while she is open to a variety of sources, she is more likely to continue reading the newspaper if the language is respectful of minority groups.

Being a member of Crossroads has given her the ability to engage in dialogue about how different news sources portray minority communities, making Buffaloe more aware of the words people use, Buffaloe said. When a news source speaks about a minority community, it will sometimes do so in an abstract way or use slurs and offensive language.

“I’m starting to become very conscious of when people that are not a part of a group are the ones writing about them, and then they completely just disregard the group’s intentions and they just try to make a nice cover of what it could be and then they just don’t talk to them,” Buffaloe said.

A 2019 Journal of Media Psychology article found when journalists referred to racial and ethnic minorities in biased ways — such as using race as a noun rather than an adjective — it can create harmful stereotypes and a link between crime and race.

“While newsmakers might be under pressure to color and sensationalize their news reports, the present findings plead for a more factual-based and neutral language when reporting crimes in the media, especially when the crime suspect is a member of a racial/ethnic minority,” according to the article.

The Effect of News Bias

A consequence of media bias, Storm said, is polarization. The Theory of Cultivation Effect states that what readers consume or what people watch on television affects how they see and interact with the world around them.

Bias and the Graphic

Within the Graphic, Zanca said, while there is a separation between news and opinion in the paper, bias can be seen in Perspectives articles.

“I really do admire the steps the Graphic is taking to give a platform to more perspectives,” Zanca said. “But I think especially I guess since I’ve been at Pepperdine, it’s sort of been viewed as more of a liberal outlet.”

Armenta said while the students who write for the Graphic have their individual biases, he does not think the Graphic as a whole is biased.

“I think students on campus are allowed to write news pieces with their opinions on it, especially when it’s labeled an opinion piece,” Armenta said. “So, you know, students will have their individual bias but I think the paper as a whole doesn’t.”

In an anonymous survey of Pepperdine students, nine survey participants commented on a perceived left-leaning bias of Graphic articles, such as in coverage or in promotion on social media.

“I think the Graphic displays a pretty clear bias in their content given the voices they highlight and the terminology they employ,” wrote a senior. “That said, biases are unavoidable and the Graphic’s isn’t extreme. I do not think it’s representative of the student body demographics, though.” 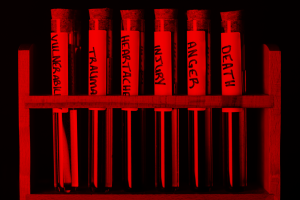 Photo illustration by Ali Levens Although journalism's primary goal is to inform readers of the news, sometimes reporting...
Copyright 2013 Jupiter Premium Magazine Theme
Back to top