Pepperdine Student-Athletes Can Now Market Their Name, Image and Likeness 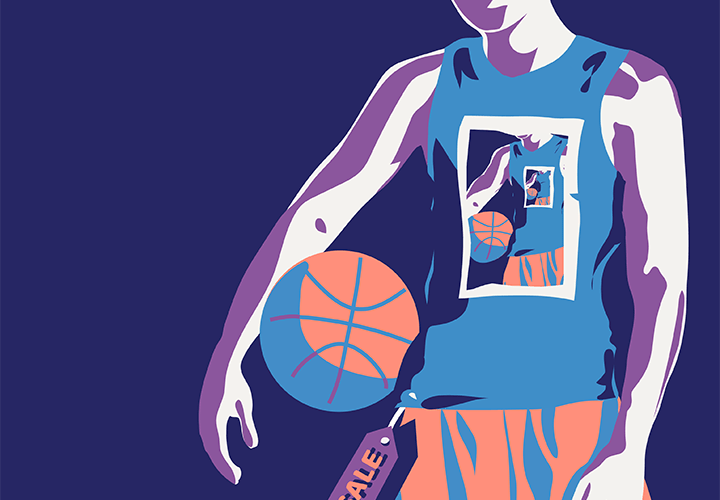 The glass ceiling of NCAA amateurism rules is broken.

Collegiate student-athletes are now free to profit off their own names, images and likenesses (NIL) and market their own brands, after the NCAA bent under legal pressure from eight states June 30.

Name, image and likeness are three elements that make up a legal concept known as the “right of publicity.” Common examples of these elements in sports include athletes’ names on merchandise, an athlete making an appearance on a commercial or advertisement and a portrayal of an athlete appearing in a video game.

“It’s one of those things you never think that you’re going to see in your time,” fifth-year soccer player Calista Reyes said. “My initial thought was, ‘That’s awesome.’”

While student-athletes still cannot earn money simply for playing their sport, they can now collect endorsement deals and make money from brands simply due to their status as student-athletes.

“We’re very supportive of this and it is a long time coming,” said Amanda Kurtz, Pepperdine’s associate director of athletics and senior woman administrator. “Student-athletes, like normal students, should be able to profit off their name, image and likeness.”

Pepperdine student-athletes cannot use Pepperdine logos and marks without explicit approval from the University, but they are now able to identify themselves as such in public appearances and make money off their own social media channels.

California was the first state to pass an NIL bill September 2019, when California Senate Bill No. 206 established rules set to go into effect Jan. 1, 2023.

Many other states followed suit, and eight of these states enacted NIL legislation with an earlier effective date — July 1. As this date neared, neither the NCAA nor Congress put together rules of their own, which would encompass all schools.

Instead, June 30, the NCAA punted — schools would either follow their local state rules, if their state had an NIL law effective July 1, or they could develop their own rules regarding NIL. Pepperdine decided to proactively follow California’s bill, which state senators expedited to make effective Sept. 1, 2021, rather than in 2023.

The foremost clause of the bill, and Pepperdine Athletics’ interim NIL policy sent to student-athletes, reads as follows: “A postsecondary educational institution shall not uphold any rule, requirement, standard, or other limitation that prevents a student of that institution participating in intercollegiate athletics from earning compensation as a result of the use of the student’s name, image, or likeness. Earning compensation from the use of a student’s name, image, or likeness shall not affect the student’s scholarship eligibility.”

Twenty-one states passed some sort of NIL bill by July 1, but each one is distinctive, so the NCAA and Congress continue to work on an overarching federal bill.

Student-athletes from large schools and athletic programs are not the only ones benefitting from NIL rules.

“At first I was like, ‘There’s no reason for me to do this — I’m not famous, I’m not going to be useful in this,’” senior volleyball player Lily Dyer said. “But as I thought about it, I realized that it’s actually very practical for all athletes.”

Dyer said she can now coach for club volleyball teams and camps and appear in the club’s social media posts. She can promote her favorite restaurants and coffee shops without worry of getting in trouble for advertising. Dyer can also become one of thousands of Barstool Athletes, which entails Barstool Sports promising student-athletes free merchandise and access to Barstool events if they identify themselves as Barstool Athletes in social media bios.

“You have the freedom to use your social media how you want,” Dyer said. “I’m really grateful for this because it takes a huge burden off us.”

Reyes mentioned student-athletes at smaller schools building relationships with startups and growing brands — a mutually beneficial trend of growth. Kurtz echoed this, saying local establishments and student-athletes could help each other with advertising and marketing.

“The more the Malibu businesses realize how they can capitalize on you guys, it’ll be great,” Kurtz said. “It’ll be good for you guys to be able to earn some money and be entrepreneurs.”

The new bills and NIL rules include nuances and potential difficulties, especially because they were written and passed with such haste.

For one thing, brands could attempt to take advantage of student-athletes’ potential business inexperience and get them to sign away control of their own NIL. This is why Kurtz recommends student-athletes hire an agent or legal representation to read through contracts and make sure they do not sign something with which they do not agree.

“That would be the worst thing — you get excited, a brand is telling you the things you want to hear, but you’re not reading the fine print,” Reyes said. “You’re stuck, and that also scares me.”

Agents must be certified by the state and registered in the country in order to represent student-athletes, and they can only seek NIL-related deals for their clients, not performance opportunities, Kurtz said.

Pepperdine Athletics requires its student-athletes to submit potential contracts to the compliance office — Kurtz and her team — prior to signing, so they can evaluate whether the contract conflicts with any Athletic or team contracts.

“We’re not approving; we’re just telling you, ‘Hey there’s no conflict’ or ‘There is a conflict,’” Kurtz said.

Additionally, international student-athletes and those receiving institutional financial aid must be careful with NIL contracts. Any money-earning endeavor could violate a student visa or cause a student to receive less grant money.

Reyes has yet to enter an NIL deal until she can determine the potential impacts on her institutional financial aid.

“It can affect if you’re dependent on your parents’ taxes,” Reyes said. “If you’re a Pell Grant recipient, I know it can affect that too. Those are things that I personally am taking into account before I hop in.”

Additionally, early NIL deals show schools can take advantage of loopholes in the NIL rules. BYU football players entered a deal with a local protein bar company, Built Bar, which will pay each non-scholarship player the amount of their tuition if they represent the company.

Alabama sophomore quarterback Bryce Young, who threw 22 passes last season, earned more than $1 million in NIL deals between July 1 and July 20, because he is the presumed starting quarterback at one of the most well-known football programs in the country.

Is this simply a way for programs to get players money from boosters and companies without actually giving them scholarships?

Will the new rules simply make the rich richer in collegiate athletics?

Only time will tell. 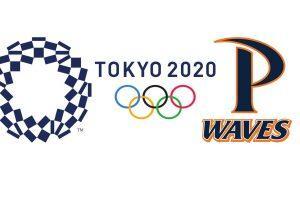