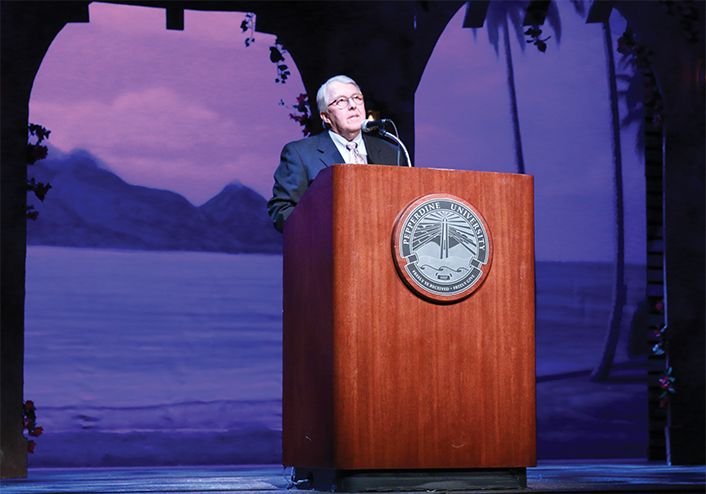 Pepperdine University released a statement to the Graphic Friday evening to address the controversy surrounding President Andrew K. Benton’s statement that university students and staff had been the victims of racial profiling by LA County Sheriff’s deputies and unjust traffic stops.

Benton made the remarks Monday night in an address to the university community regarding race and diversity on campus. The address which was live streamed followed a student-led protest on campus about the subject, held just days prior.

According to the statement from Pepperdine, “Last fall a member of the Pepperdine community shared with President Benton that he and others had, at different points in time, been pulled over because of their race. Upon learning this, University officials met with the commander of Los Angeles Sheriff’s Department (LASD) in October of 2014 to discuss the University’s concern. The LASD commander made it clear he shared our belief that such profiling is wrong and would not be tolerated. LASD offered to investigate any past claims and encouraged Pepperdine to communicate any future concerns. The University has great confidence in the Malibu/Lost Hills Sheriff’s Department and values our longstanding partnership. University officials received no formal reports about the incidents nor did they file a formal complaint with the Los Angeles Sheriff’s Department (LASD).”

This was in response to Benton’s speech Monday about racial profiling and “driving while black” referring to what he heard in the media during protests in Ferguson and Baltimore. Benton went on to say, “I was stunned and surprised to learn that several members of our campus community—faculty and students—have been pulled over in Malibu for nothing more than that, driving while black.”

President Benton has released a statement to the Graphic, “When I spoke of profiling I was not speaking just then about law enforcement; rather, I had shared a story that one of my students related to me from a shuttle bus experience here in LA.  My comment on profiling was meant to be aimed at you, me and everyone who draws an immediate conclusion about people without knowing them.

The “driving while black” reference (which while descriptive is also a bit incendiary, I acknowledge) was addressed directly and well by the Los Angeles Sheriff’s Department when reported to them.  It happened, but we and they dealt with the issue directly.  Actually, I was impressed with the candor our representatives experienced upon meeting with them.  Communication with the Sheriff’s Department is very important.”

Local Malibu radio station KBUU-FM initially reported on the comments, and the story was picked up by media outlets across L.A. County.

Outside press and local media outlets were not permitted into the address Monday night.

The student protest Nov. 13 was in part sparked by a series of racist Yik Yaks that went viral on Pepperdine’s campus just weeks prior. 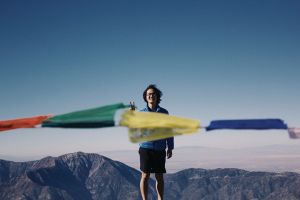 Students hiked to the highest point in LA County and the San Gabriel Mountains this past Saturday, marking 11 miles round...
Copyright 2013 Jupiter Premium Magazine Theme
Back to top