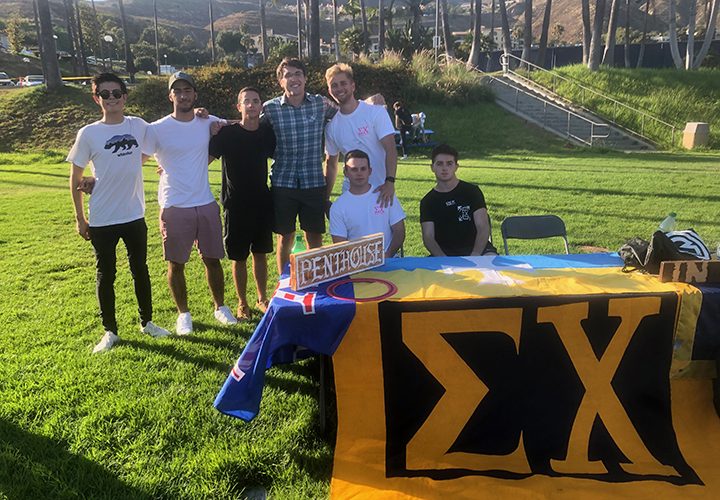 As fraternity recruitment begins this week, chapters are holding themselves to a new set of rules and regulations.

The Pepperdine Interfraternity Council (IFC), the student leadership group in charge of fraternities, made sweeping changes to its Recruitment process this year. The changes are a response to recurring incidents in recent years during the various stages of rush. When drafting the new rules, IFC focused on reducing “rush parties” and hazing as well as fostering equality between the chapters.

IFC Vice-President of Recruitment Corey McArthur said when he asked Student Activities — a group of staff for the administration in charge of student activities, including Greek life — how fraternities could improve, its main concern was with Recruitment.

“During that period — because it’s such a fragile period, especially for freshmen — they come here and they think, ‘Well, in order to be a part of the school, I have to be in Greek life. In order to do that, I have to party, I have to do this or that.’ They feel a lot of pressure and so a lot of problems can arise as a result.”

McArthur said he was surprised when he first spoke to Student Activities about its goals.

“They acknowledged there is drinking going on during rush,” McArthur said. “They were like, ‘We know this is happening, but we’re really just concerned that everyone’s being safe, there’s a level playing field between the chapters and that we can get as many kids as we can to find a home.'”

Allison Green, assistant director of Student Activities replied to McArthur’s statement saying the communication between IFC and the university this year were a step in the right direction.

“Student Activities always has the safety of students as a top priority and we were excited that the IFC consulted staff on risk management measures,” Green wrote in an email. “There are general risk factors with holding recruitment events off campus: potential alcohol use, driving to off-campus locations, time/distance to get to off-campus venues and sharing the venue with non-Pepperdine patrons. Many of the changes keep the general safety of our actives and potential new members in mind.”

IFC President John Louis Chiappe, who co-authored the new rules with McArthur, said IFC made these new changes as a result of their dialogue with Student.

“We settled on the changes we implemented for this fall after a thoughtful discussion about objectives, realities and the future with the director of Student Activities, associate dean of Student Affairs, and dean of Student of Affairs,” Chiappe said. “A lot of the thinking [behind the new rules] was to mitigate risk as well as promote equality throughout the chapters. Ultimately, we aimed to put less pressure on PNMs (potential new members),” Chiappe said.

Three rule changes are most notable:

1. PNMs Not Allowed in Actives’ Residences:

Perhaps the largest change to IFC Recruitment is that actives may no longer have PNMs in their residences until after Bid Night. Hudson Caspile, Greek Life graduate assistant for Student Activities, said this change was in direct response to incidents of years past.

“Every year, there has been an event with fraternities and potential new members at at actives’ residences that has gone to Judicial,” Caspile said. “What happened with Delta Tau Delta was obviously the biggest of those.”

In order to curb this, Chiappe said IFC is enacting a heavy fine on perpetrators.

“The new rule applies to both the weeks between NSO and rush’s start as well as during rush itself,” Chiappe said. “Violations are subject to a $100 fine per PNM. So, if 10 guys go over to a member’s house, that would be a $1,000 fine.”

“All voting events now have to take place on campus, and they have to notify IFC of their decisions by a set time,” McArthur said. “Hopefully this way voting will get done quicker, and IFC can get that information sooner.”

Green concurred with McArthur that the changes to voting will help speed up the otherwise long and unorganized voting process.

“With more events taking place on campus, chapters can save time by not having to go off-campus and can go through membership selection quicker,” Green wrote. “Also, classrooms have better amenities and infrastructure to have more efficient and organized membership selection with ample seating and AV.”

Chapters are now required to have two of their Recruitment events on campus and are limited to three off-campus events. McArthur said this rule was an attempt to level the playing field for chapters with fewer members.

Additionally, a new rule is that chapters are required to have faculty advisors at all off-campus events. Caspile said this rule was to mitigate potential risks.

“A lot of rush events are high-risk events, to be honest,” Caspile said. “To have no faculty or staff presence, it’s kind of a liability for all of the organizations. You have kids playing broom ball and driving go karts. If something happens, it’s just better to have a faculty or staff member there.”

Caspile said this rule was also another attempt to curb “rush parties.”

“It happens all the time in Recruitment; after an event, an active will just be like, ‘Hey, just come over later,’ to particular kids,” Caspile said. “And that specifically is when the incidents at actives’ residences are happening. We hope that the advisor coupled with the new legislation could help us shepherd this a little better, at the very least.”

McArthur said the rules are a step in the right direction and not an end-all-be-all solution.

“I really don’t think there is a way to be perfect,” McArthur said. “That’s the human side of it. But you can always strive toward it. Everyone seems like they’re on the same page, and it feels like a pretty healthy environment so far.”

There is No Such Thing as Having No Time 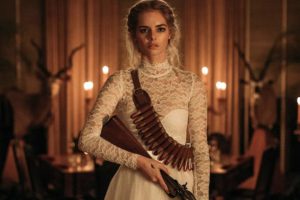 Photos courtesy of Walt Disney Studio Motion Pictures Although hide and seek is one of the most beloved childhood games,...
Copyright 2018 Pepperdine Graphic
Back to top