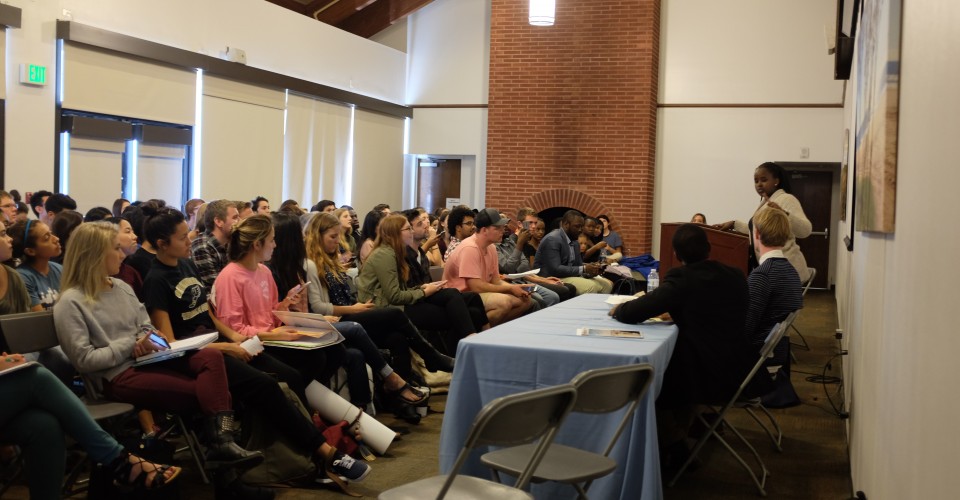 The iDebate Rwanda team spent this past week at Pepperdine as part of their national debate tour. Pepperdine Debate team hosted iDebate Rwanda as they visited classes to discuss global, local and personal issues, Assistant Director of Debate and Professor of Communication Abi Smith said.

“I’ve been through extreme cold and extreme heat, I’ve seen the mountains, the beach in Miami and California,” Inwali said. “I’ve also met quite a lot of people from different background, with different stories but who all can find a way to connect to the stories that we are sharing and that’s the most fulfilling thing ever.”

According to the iDebate Rwanda website, the program consists of 660 students and 22 schools in East Africa. iDebate Rwanda is a non-governmental organization that uses debate to teach students how “to change their own world by teaching them how to think critically, how to solve problems creatively and how to impact their own society.” The team will visit 10 states throughout the United States in three months, according to iDebate Rwanda’s Facebook page.

After the debate, students asked members of iDebate Rwanda questions such as where they fall on the spectrum of justice or forgiveness in the wake of genocide and what they want those who attended the event to learn from their visit. Intwali said that he wants others to take away two things from the event.

“[Genocide] is a problem of circumstances and how humans and human behavior deal with those circumstances,” Intwali said. “If we learn to deconstruct the idea that violence is linked to a place and start thinking that violence is linked to people and how they react to things, then we will be able to prevent it whenever we see it rising, whether in our communities, families, schools or in our country.”

The second point Intwali said he wants others to learn is that if Rwanda has been able to move forward from its darkest moment in history and is now trying to create a harmonious society, then there is no reason why other people can’t do so as well.

When people connect to the stories that he and his team share, Intwali said it’s an indescribable feeling like no other.

Intwali said the most rewarding moment is “that moment when [others] connect to the stories that [we] are telling and they see that they can find similarities between what we are talking about and what they’ve experienced and they learn that their voice matters.”

Smith, as well as Assistant Director for Intercultural Affairs Bryce Cofield and Intercultural Affairs, co-hosted the event Monday evening. Smith said when one focuses on the mechanics of debate, one can forget that debate can change lives, and that she is very fortunate for having iDebate Rwanda at Pepperdine because they are a team that travels the country and reminds her how important debate is.

Smith said she enjoys seeing people get out of their comfort zone, such as when a student is put in a position in a debate that doesn’t follow what they genuinely believe.

“It leads to a level of respect and the understanding that good people can have totally different perceptions of the world and different proposals to solve the problems that we are experiencing,” Smith said.

She said it is moving, especially in today’s heated political atmosphere, to see a student recognize that although someone may disagree with them, it doesn’t make them a bad person.

Junior Jeremiah Rondeau, member of the Pepperdine Debate Team, was one of the two Pepperdine debaters that participated at the event. Rondeau said that one can learn so much from iDebate’s visit.

Intwali said that he has met a lot of people from different background and stories but has found a way to connect with them by the stories that the iDebate team shares.

“Through debate, through this dialogue in this fashion, in Rwanda, we are being able to redefine our identity and to also know our purpose,” Intwali said. “That is a message I want to share with everyone and it can help them to do so too.” 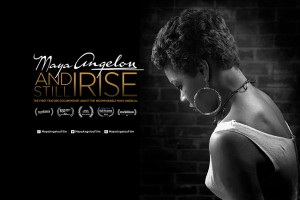 Poster Courtesy of American Masters Pictures  A special screening of the Maya Angelou documentary “And Still I Rise”...
Copyright 2018 Pepperdine Graphic
Back to top