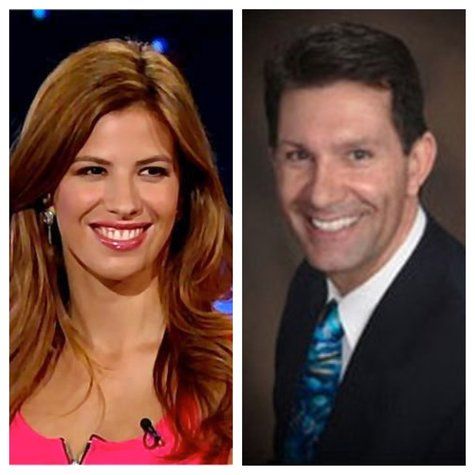 The Twitterverse is buzzing after political journalist and Pepperdine alumna Michelle Fields (‘11) made allegations against Pepperdine professor Russell Burgos. Fields claims that the visiting assistant professor of political science posted a comment on Crooks and Liars writing she went ‘full retard’ during her Aug. 9 Fox News appearance.

The comment posted on the left-leaning political blog was posted under the username “Prof B in LA.” The poster’s reply was in reference to Fields’ appearance on Cashin In’ where she and other panelists discussed requirements for food stamp recipients. It has not been confirmed that this account belongs to Burgos.

Burgos replied on Aug. 10 that he was not yet ready to make a statement and on Aug. 12 referred The Graphic to Pepperdine’s public relations office for all further inquiries.

Pepperdine University addressed the social media saga via their Facebook page on Monday:

The original post has since been edited attributing the phrase ‘full retard’ to the fictional character Kirk Lazarus from the 2008 comedy “Tropic Thunder.”

Fields, a 2012 Young Alumni Award recipient, says she was a student in one of Burgos’ political science classes during her senior year at Pepperdine. According to Fields, this is not the first time Burgos has made negative comments about her on the internet.

. @RussellBurgos62 claims he USED to use "ProfBinLA" but now he doesn't Here is a comment he wrote about me 2 yrs ago pic.twitter.com/e0aJFLDTgO

“My experience with Professor Burgos in no way reflects the incredible staff and political science program at Pepperdine University. I wouldn’t be where I am today if it hadn’t been for the amazing experience I had at Pepperdine,” Fields wrote in an email to the Graphic.

Andrew K. Benton, president of Pepperdine, issued the following statement to The Graphic on Aug. 11:

“Since learning of this incident less than 48 hours ago we have been in a search for all relevant facts to understand exactly what has transpired. In any event, the phrase used in the Twitter post is so inappropriate that it is hard to even comment intelligently. Michelle is a talented alumna in whom we take pride. I suspect some might disagree with her news commentary, and that is fine, but I am stunned at the ad hominem nature of the criticism. The First Amendment certainly encourages a robust exchange of views, and there is room for disagreement in most any debate, but I simply can’t imagine using such offensive language in the process. I have spoken with Michelle and I have apologized to her. She and Pepperdine deserve better. We all are anxious to get to the bottom of this as soon as possible, objectively and dispassionately.”

Benton contacted Pepperdine’s Information Technology department after learning of the situation. Due to the delicate nature of the matter and to ensure that personnel issues are kept private, the university will not disclose any more information.

“We know all we need to know and there is no ongoing investigation,” Benton wrote on Aug. 13.

As of Aug. 14, Burgos’ faculty member page was removed from the university’s website. Instead, a display page reads: “This faculty member is currently not teaching.” 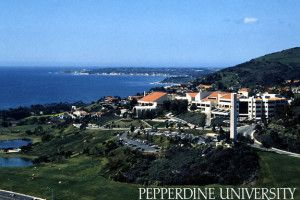