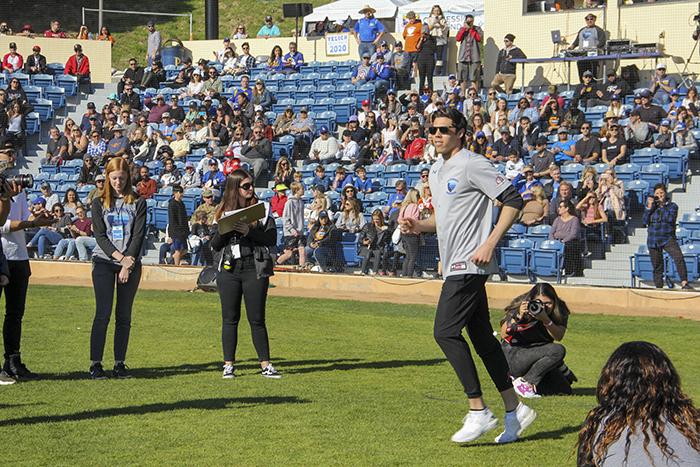 Following the Woolsey Fire, Camp Fire and Borderline Shooting striking the state in November 2018, a group of well-known athletes started a fundraising organization named California Strong. In January 2019, they hosted a celebrity softball event at Pepperdine to raise money and generate national attention.

A year later, after the Saugus Shooting and more wildfires rocked California, the organization and softball game returned to the Malibu campus Jan. 12.

“Those events get a lot of attention in the immediate aftermath and then, a year out, that kind of fades in the back of the new cycle,” said Christian Yelich, Milwaukee Brewers star and Malibu resident. “But people are still left dealing with the aftermath and the result of this tragic event, so we want to just let them know we’re here, still caring about them, and let them know that we haven’t forgotten.”

“We have people who are out there filling out requests for help, and we file through those and we try and get the money to them as quickly as possible,” Moustakas said.

Following this year’s event, California Strong has raised over $3 million and distributed over 700 grants. 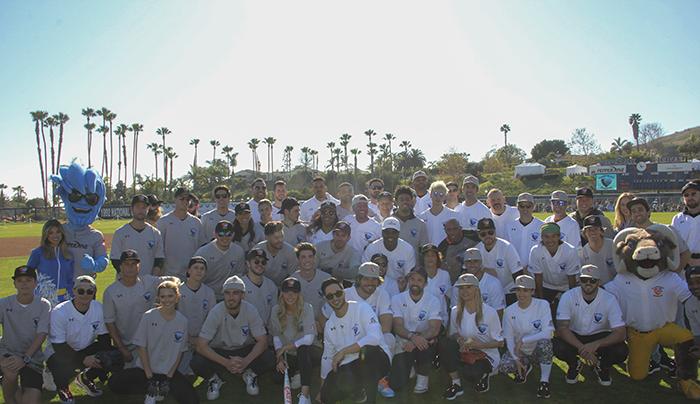 The group of celebrity participants poses after the softball game ended. Photo by Karl Winter

The event, which Pepperdine Athletics helped host, sold out all of its general admission and VIP tickets.

Since its inception, the organization has added partners including the MLBPA Players Trust, the Brewers Community Foundation and local organizations, including the Southeast Ventura County YMCA and the Conejo Valley YMCA.

“The goal is for this to be a long-term campaign and charity that helps and assists people as they deal with tragedies and natural disasters, which unfortunately and inevitably will continue to happen,” Braun said.

Braun said this year’s softball event was much more organized and featured much better weather than the first edition in 2019, but the part to which he looked forward most were the ceremonial first pitches. 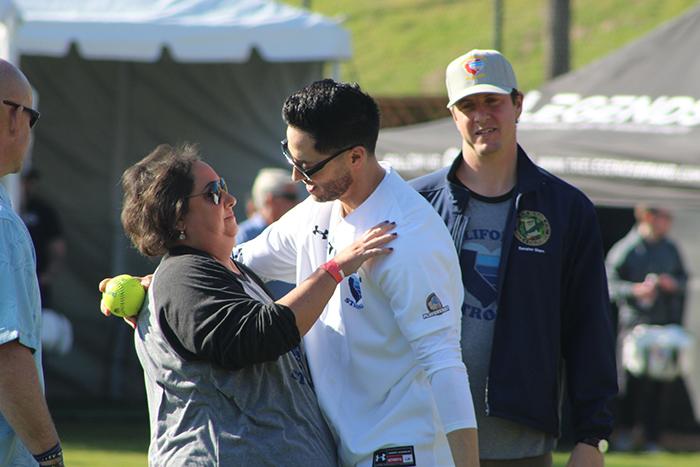 “I had a friend invite me and he told me what the cause was for,” Bachelor said. “I don’t really participate in a lot of celebrity games, but this one is for such a great cause and a lot of things that can be prevented.”

Another newcomer, former NFL linebacker Shawne “Lights Out” Merriman, related to the experiences of the community.

“I lost homes as a kid [in Maryland] to fires, so I know what tragedy feels like,” Merriman said. “And I was also playing for the Chargers in San Diego when big wildfires hit, and I was forced to evacuate just like everyone else … It was an emotional time because I know what people are dealing with when they lose something that’s important to them.”

Los Angeles Dodger and reigning National League MVP Cody Bellinger said his friendship with Braun and Yelich led him to the game.

In terms of the game itself, there was only one thing that Bellinger was anticipating.

Reigning Celebrity Softball Game MVP and comedic actor Jimmy Tatro had an idea of how to one-up Bellinger.

Both predictions were proven incorrect, as Bellinger hit two long singles and Tatro failed to repeat as MVP.

Nonetheless, there were several home runs for the first time in the event’s history. The participants benefitted from shortened fences and less outfielders than the previous year. 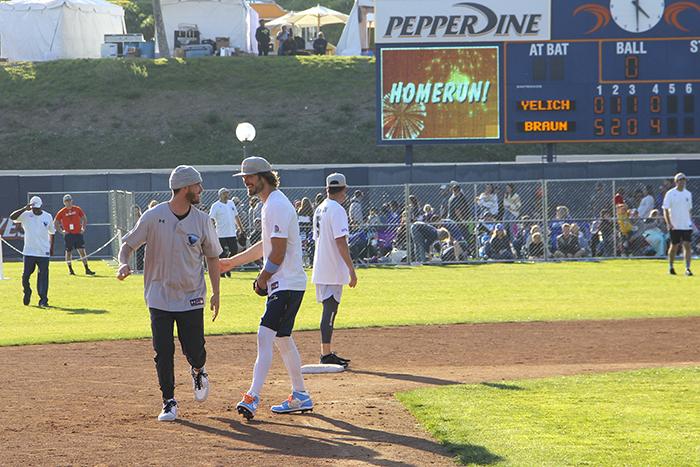 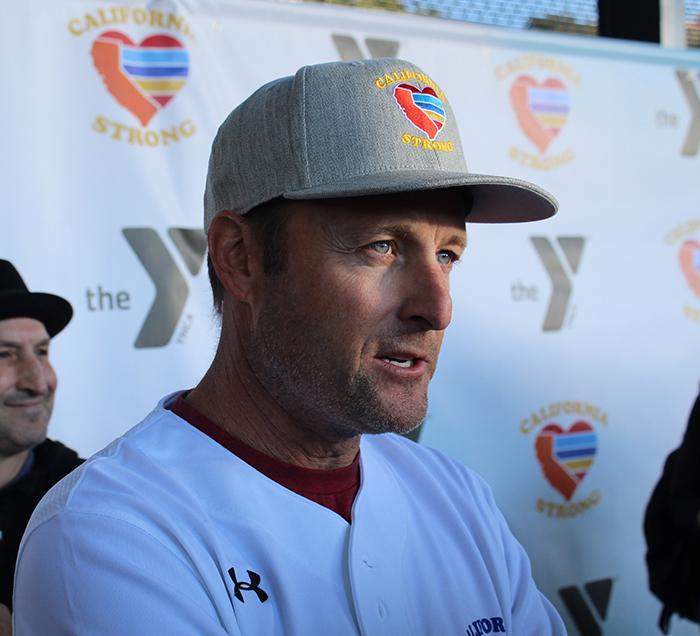 Harrison speaks prior to the game. Photo courtesy of Carlie Wick

Harrison, another local, put into perspective the impact of the event.

“This is my home. I’m just over the hill from Pepperdine — we were evacuated [during the Woolsey Fire],” Harrison said. “When we’re leaving, the first responders are coming into these neighborhoods … All the while, we’re safe and living our lives, so the least we can do is come out here on a Sunday afternoon.”