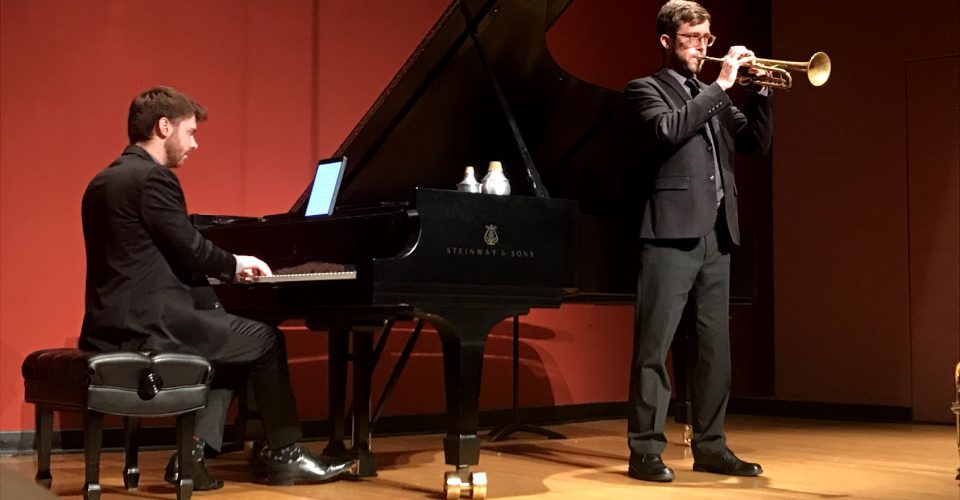 Trumpeter Brandon Ridenour and pianist Peter Dugan, former students at The Julliard School, performed a recital duet at Raitt Recital Hall on Monday, Feb. 11. The concert was the first out of four ensembles in Pepperdine’s annual recital series.

Ridenour, who won the Concert Artists Guild Competition in 2014 and became the youngest member ever to join the iconic Canadian Brass, said he and Dugan pride themselves in mixing “classical” and “jazz” music and in adapting their favorite sounds to trumpet and piano. 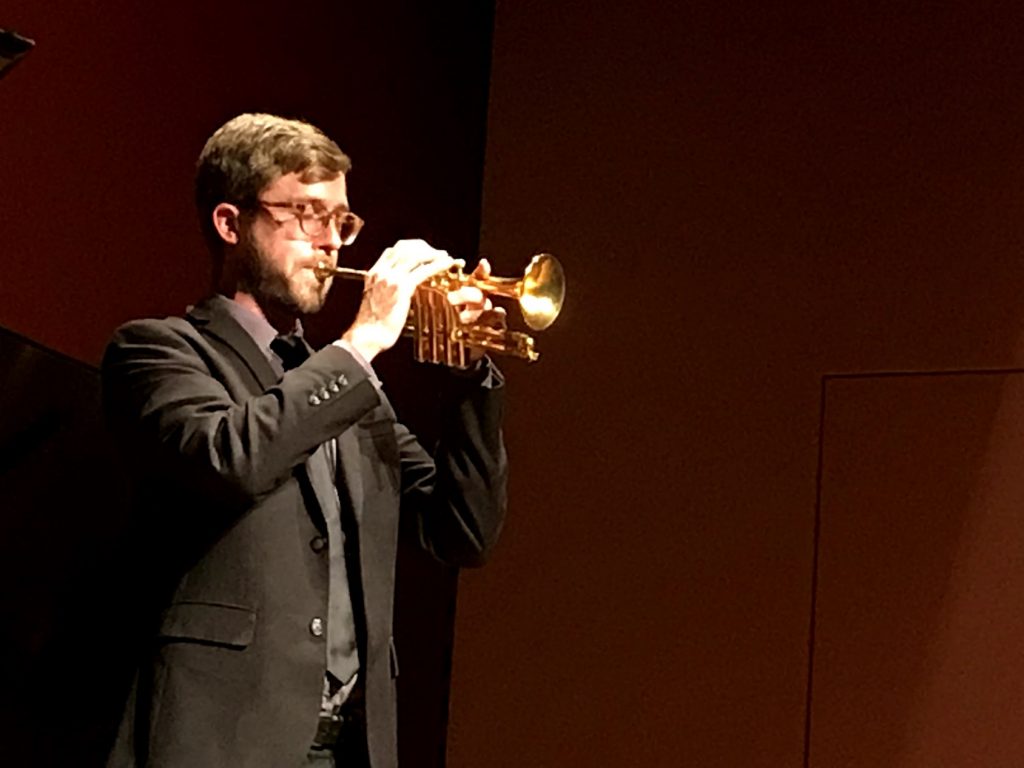 “[Raitt] was a great hall to play in,” Ridenour said. “Perfect size [and] very intimate. It was nice to feel close and personal with the audience.”

The duet mixed the songs “I Got Rhythm” and “Fascinating Rhythm” by American composer George Gershwin to create “I Got Fascinating Rhythm,” which was the first piece they played. They also played their own variations of original pieces by French composers Maurice Ravel and Claude Debussy, Norwegian composer Edvard Grieg and Hungarian composer Béla Bartók among others. 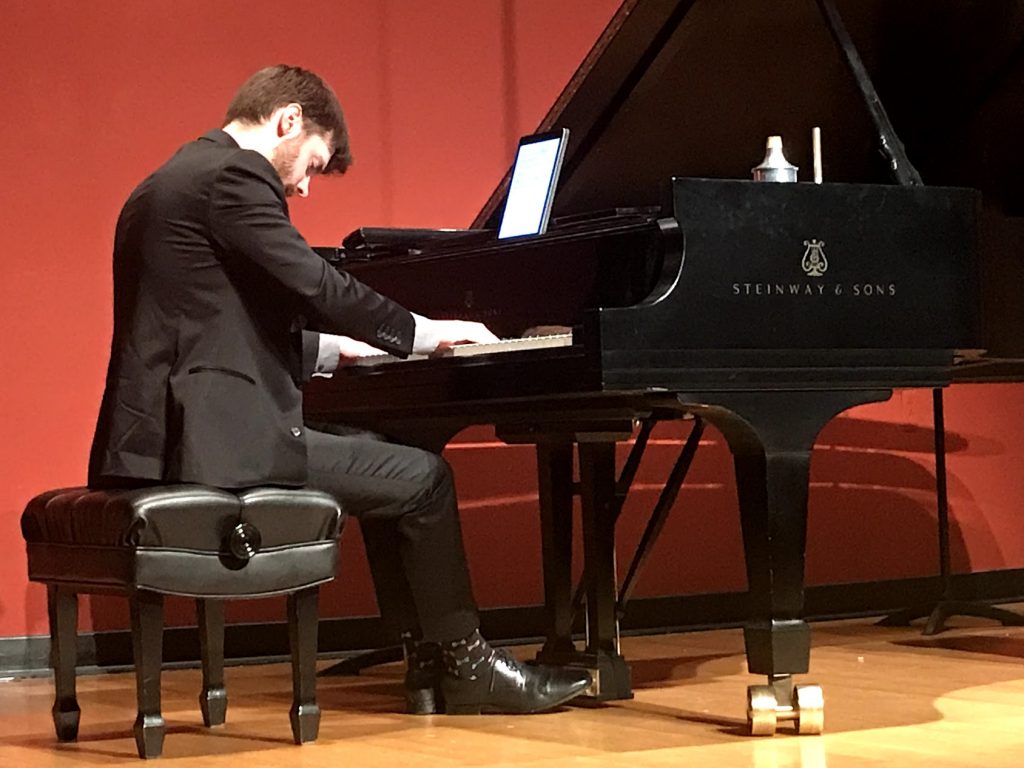 “It was a lot of fun,” Dugan said. “Beautiful hall to perform in. Great acoustics, great piano, great people and best of all, you get to be in the sunshine by the beach. It was awesome.”

Dugan said his favorite pieces to play are “Rêverie,” “Footprints in the Snow” and “Le Plus que lente,” all by Debussy.

“We arranged those together,” Dugan said. “So we both get to do a little bit of improvisation in it. It’s especially fun for us to do that.”

The audience clapped between every piece and sometimes even while the duo was speaking, forcing them to stop and let the applause simmer down. Chad Skopp, a subscriber to Peppperdine’s recital series from Oak Park, Ventura County, described the recital as “the best I’ve ever seen.” 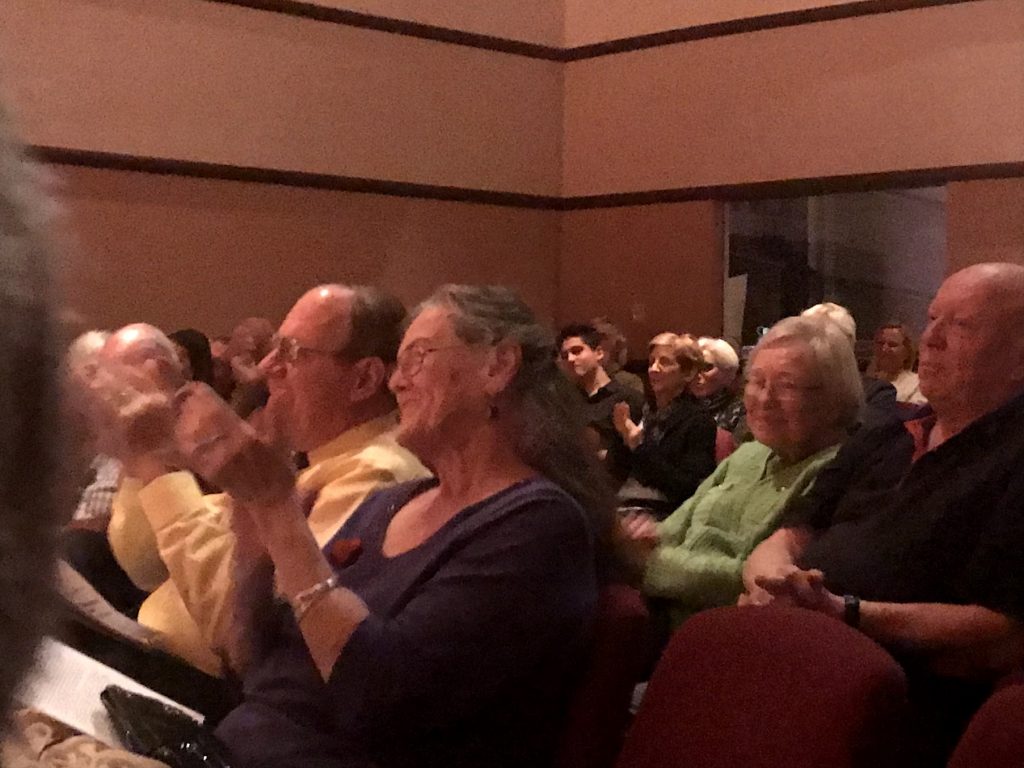 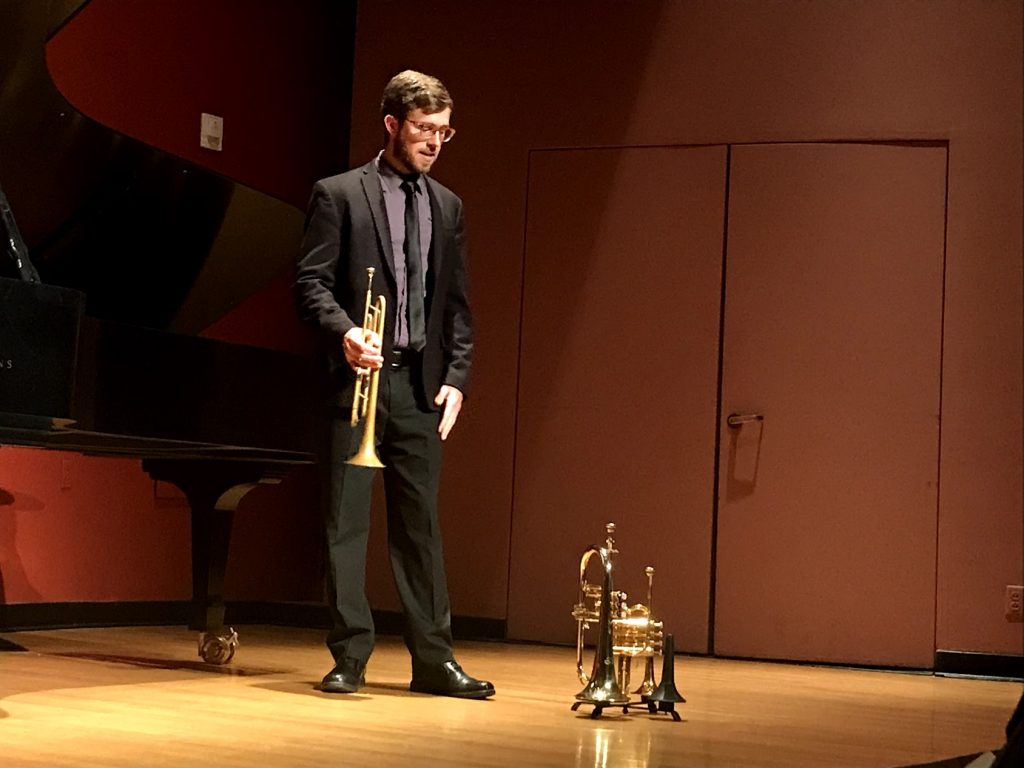 Psychology student at Arcadia University, Jonas Jia, 19, who came to the recital due to his interest in trumpet, agreed.

“My grandpa plays trumpet, and I could tell it was really good,” Jia said. “In the end, the breath control and how [Ridenour] controlled the fast notes — it was really, really good. It was overall really fun.”

Dugan said he and Ridenour met after crossing paths at Julliard. He said they started working together a little over a year ago after realizing they both liked to rearrange “classical” music.

“Especially with a little bit of jazz,” Dugan said. “We have sort of kindred spirits musically.”

By the end of the concert, Ridenour played the piano and Dugan played the melodica. The duo hopes to return to Southern California soon, they said. 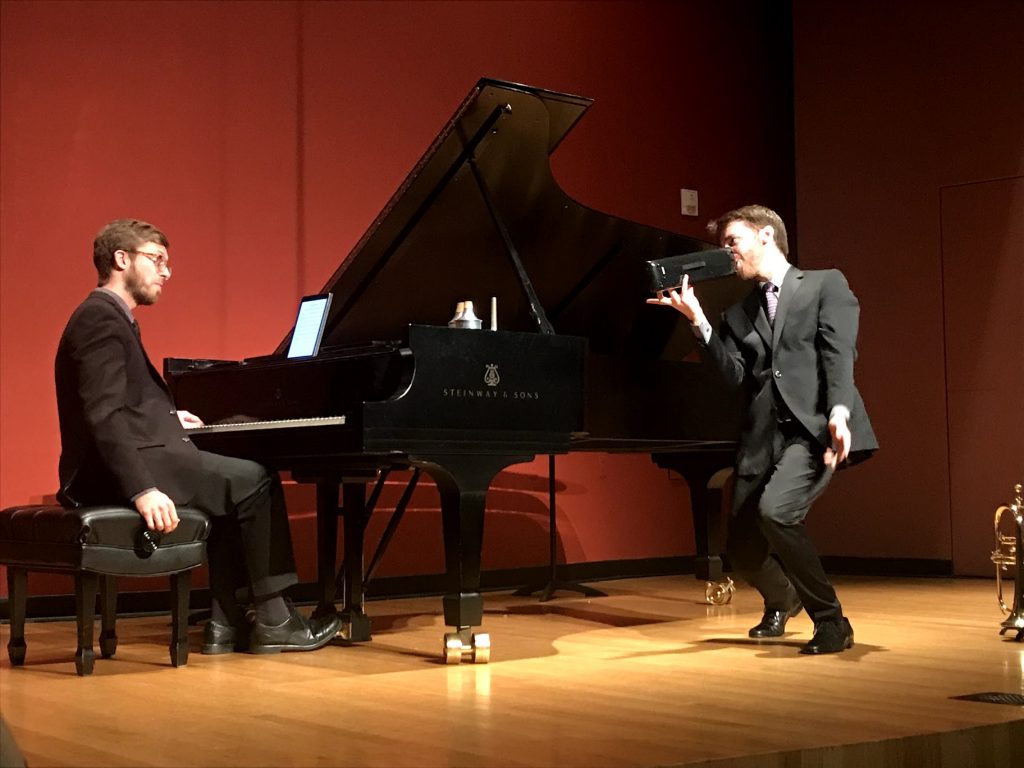 Dugan also had some advice for musicians at Pepperdine.

“Keep working hard and always bring your best work no matter where you go,” Dugan said. “Keep the faith and be patient. It’s a really rewarding career to be in, but it definitely takes time to build up to it, so you just have to be really patient and just keep doing what you love.” 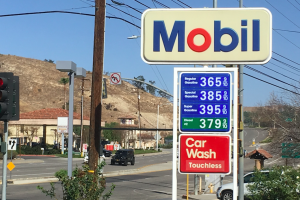 Photos and graphics by Cassandra Stephenson In a city known for its frequent bumper-to-bumper jams, getting stuck in traffic...
Copyright 2013 Jupiter Premium Magazine Theme
Back to top