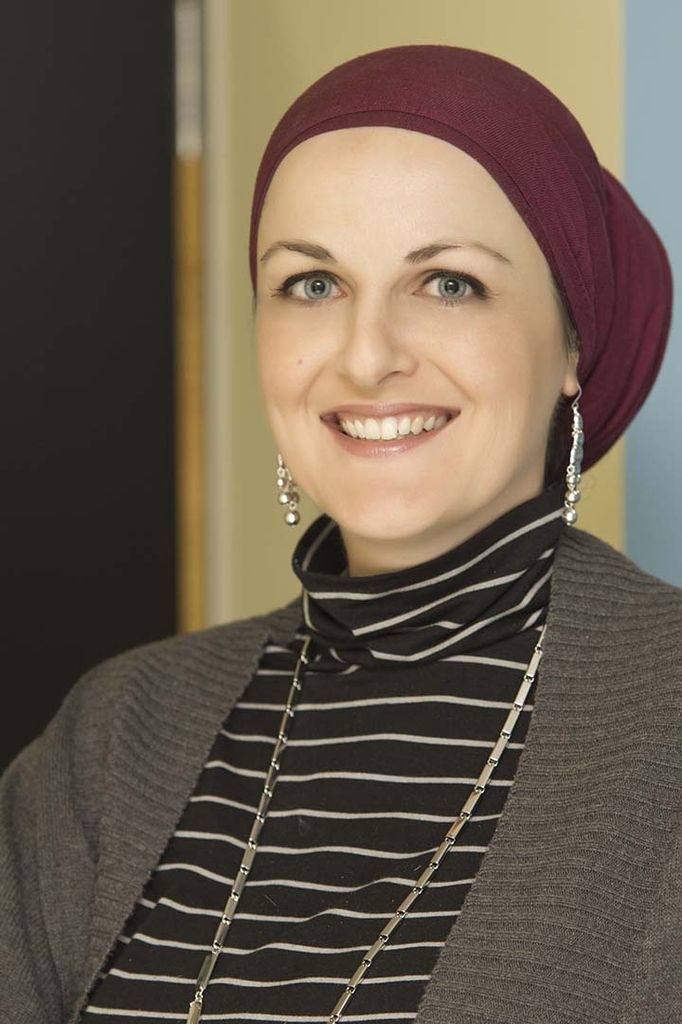 In the September issue of Los Angeles Magazine, Pepperdine alumna Edina Lekovic was named one of LA’s 10 most inspirational women of 2015. The list also included actresses Mindy Kaling and Diane Guerrero, alongside with Sergeant Emada Tingirides of the LAPD.

According to the article by Shayna Rose Arnold, the 10 women listed, who ranged in age from 9 to 70, have “made entertainment more empowering, policing more effective, religion more inclusive, trans issues more accessible, discrimination more visible, children more secure and sustainability more stylish in 2015.”

Lekovic has worked with Muslim advocacy organizations for the past 15 years, the longest time being with the Muslim Public Affairs Council. According to Lekovic, MPAC is a national group that has been “working to improve public understanding and public policies related to and impacting the 4.5 to 4 million American-Muslims across the country.”

Lekovic said one of her biggest roles as MPAC’s public affairs consultant is as a media commentator.

She described her responsibility as “helping to explain, decode and humanize the Muslim experience, especially in the state of such an onslaught of bad news coming from people who follow our faith.”

While in this role she said she has frequently been asked to appear on cable news and mainstream news outlets to “provide a mainstream American-Muslim reaction to acts of terrorism committed by self- proclaimed Muslims.”

Lekovic went on to say that unfortunately, more often than not, when she makes a television appearance, it is after something tragic has happened.

Lekovic immigrated from Austria when she was 15 months old. She initially moved to New York, but grew up San Diego. She moved to LA to attend UCLA and has been here for the past 20 years. Her parents are originally from Montenegro, formally Yugoslavia. She is married and has two children, Ibrahim, age 4, and Laila, age 1.

This is the fifth year Los Angeles Magazine has honored 10 outstanding females who have made an impact on the city of LA. Lekovic and the other nine women attended a luncheon in their honor on Friday, Sept. 18 at the Sofitel’s Ballroom in Beverly Hills, according to another article by Arnold posted to LA Magazine’s website.

“I think it’s a tremendous list, and I am absolutely blown away to be on a list of such powerful women who are using their energy to speak up and create change, and to do that across a variety of fields,” Lekovic said about being included on such a diverse list.

According to MPAC’s website, “MPAC’s Young Leaders Summits offer American- Muslim college and graduate students an opportunity to immerse themselves in the arenas of policymaking and Hollywood by meeting with prominent leaders and mentors at the top of their fields and getting direct, hands-on training in advocacy, public speaking, networking and career development.”

Professor of Journalism and Religion Christina Littlefield, who was a graduate student in Communication at Pepperdine with Lekovic, said, “I am very proud to know her and I believe it is very well-deserved. She has been an excellent spokeswoman looking at Muslim issues and she has been a tireless advocate particularly in helping shape how Muslims are portrayed in the media.”

Due to her level of influence in the American-Muslim community, Lekovic was asked in January to give the inaugural sermon at the Women’s Mosque of America, the first women-only mosque in the U.S., established here in LA. Lekovic said it took some debate, but she decided to say yes and was grateful she did.

“It was one of the most powerful experiences I have had in my life, to be able to speak from my heart about my connection to God and to encourage other women to realize that the women’s mosque is a continuation of our legacy as Muslim women, not a departure from it,” she said.

The inspiration for starting the Women’s Mosque of America was not reactionary, Lekovic said.

“It’s intended to complement other mosques, not compete with them,” she said. “So if we’re doing our job right, we’re empowering women through religious knowledge and spiritual connection, and also empowering them with skills and confidence so they can also participate in their co-ed mosques and hopefully take on leadership positions.”

The founders started by asking themselves what an ideal mosque would look like from a Muslim woman’s perspective, and then started to build their own vision of the mosque around that question, Lekovic said.

As of today, 90 percent of American mosques allow women to serve on their boards, according to Lekovic. But one of the biggest controversies is whether women should be allowed to give a sermon to a co-ed congregation.

“The women’s mosque sidestepped that issue by making it a women’s only space,” she said.

Lekovic completed her undergraduate degree at UCLA, where she acted as the editor-in-chief of the Daily Bruin, UCLA’s student newspaper and the third largest newspaper in LA. She went on to earn a master’s degree in Communication at Pepperdine. She said the difference between the two schools was a culture shock in a lot of ways, but said she benefitted from her time here and still cherishes many of the relationships she established while a student.

Speaking about their time together at Pepperdine, Littlefield said, “Even back at Pepperdine when she was just a fellow grad student, she was already doing the great work of helping connect a future journalist to great resources in the Muslim community.”

Lekovic has continued to connect with and contribute to the Pepperdine community over the years since she left.

When asked about the diversity of the list, Lekovic said, “The list itself, to me, is really reflective of what is special about Los Angeles — that you have women of such diverse racial, ethnic, religious and professional backgrounds all being gathered together and being recognized as being the quintessential LA woman. I think it’s a testament to how special our city is.”