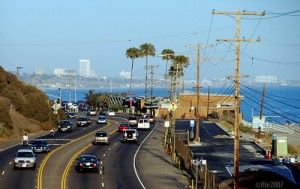 In an effort to increase pedestrian and biker safety, Malibu was given $14 million to improve road conditions on the Pacific Coast Highway, according to the Malibu Patch.

The initial funds will reportedly go toward bike lanes, a raised median between Webb Way and Corral Canyon Road and improvements in lane configurations.

Officials say the funds will be spread over a span of four years, and the earliest developments are expected to start in July upon the completion of the Pacific Coast Highway Safety Study.

These developments follow the death of Marisela Echeverria, 36, in October when she was struck by a Metro Bus. “Mari” was training for an Ironman Triathalon at the time of the incident, according to the family. A statement issued by her boyfriend urged citizens of Malibu to push for improvements along PCH for pedestrians and bikers.

Another incident in early December involved a 56-year-old bicyclist, who was struck by a Chevrolet pickup truck according to the Malibu Times. The man is reportedly in stable condition st the hospital after being struck by a Chevrolet pickup. While the pickup was said to be traveling at unsafe speeds, some remain frustrated with the bike lane’s proximity to the road.

It’s more than a fairytale

What former mayor of Fort Lee, N.J., Burt Ross wants people to take away from his talk at Payson Library on Feb. 6 is a clearer...
Copyright 2013 Jupiter Premium Magazine Theme
Back to top