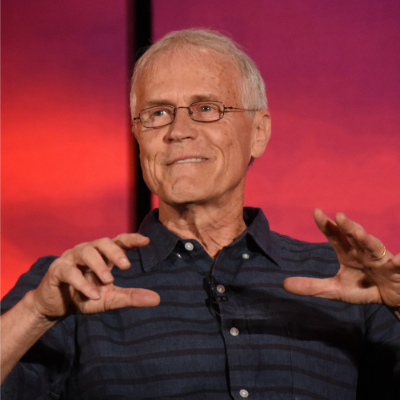 The Malibu Library Speaker Series along with Pepperdine University hosted Hawken Wednesday, April 11 at 7 p.m. in Elkins Auditorium. Introduced by Associate Professor of Religion Christopher Doran as a “prophet of hope,” Hawken discussed the language behind climate change and his most recent book, “Drawdown: The Most Comprehensive Plan Ever Proposed to Reverse Global Warming.” Hawken said during the event that his book was a response to the way global warming was being talked about.

“When it seems like game over and you want to give up, then it’s game on,” Hawken said. “Drawdown was created to map, measure and model the 100 most comprehensive ways to reverse global warming.”

Doran commended Hawken’s hopeful attitude and the book’s message on global warming in his introduction of him.

“A message about creative activity rather a maintenance of an unjust and violence status quo,” Doran said. “And that is a message worth committing our lives of purpose, service, and leadership to. That is the message of Drawdown.”

Hawken explained “Drawdown” as a compilation of scientific research on ways to reverse global warming submitted by “highly intelligent institutions,” such as University of California, Berkeley and Yale University. Hawken and his team then scaled the mathematics to rank the solutions in order of effectiveness.

Sectors of solutions ranged from food to electricity generation to women and girls. Hawken went through a handful of specific solutions with the crowd. ‘Educating girls’ was ranked number six on the list.

“Millions of girls are pulled out of school for early marriage or poverty reasons,” Hawken said. “These women typically go on to have five-plus children, whereas women with education have an average of two-plus children. She can choose her future. Combined with ‘Family Planning,’ ranked number seven, empowering and educating women is the number one solution.”

Freshman Margaret Kobs said after the event that she didn’t know women’s education was connected to reversing climate change.

“People talk about how women aren’t educated in other countries, but you don’t realize how much of a change that can make all around the world,” Kobs said. “Educating women means that many more brains to work on projects and contribute to the solutions.”

As founder of one of the first natural foods company in Boston, MA., Erewhon Trading Company, Hawken emphasizes how all food solutions combined create the largest sector in the book. Specifically, ‘Reducing Food Waste’ was ranked third.

“This is something you can start today,” Hawken said. “Our food waste is responsible for nearly 8 percent of emissions. Basically, it’s about learning to take the appropriate portions of your food.”

The companies one buys their food from is another significant factor. Freshman Jeremiah Jones said Hawken’s advice on agriculture was a solution that hit home.

“The solution I thought was really interesting was about buying food from local farms,” Jones said. “He talked about the harms of what he called big agriculture and how all they really care about is profit. In the town I come from, there’s a lot of local farms, and they are not only better, but their food tastes better.”

Along with food habits, changing the language on global warming was a main concern for Hawken.

Describing the climate crisis as a “Carbon War Room,” creates the idea that carbon is the problem, not humans, Hawken said. He continued to say in order to fix the problem, the mindset must change.

For some students, Hawken’s lecture shed light on new perspectives. Kobs said prior to the event, the climate crisis was a frustrating topic because it felt as if nothing was being done. Afterwards, she shared her readiness to get involved.

“I am excited,” Kobs said. “It’s not just this glooming thing to worry about — there are solutions as long as we make the changes and follow through with them.”