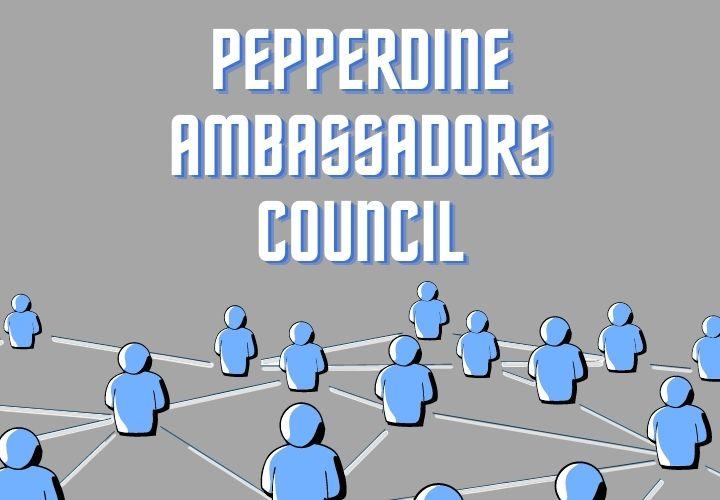 Creating a connection between Pepperdine students and administration, especially now as both groups are physically distanced from each other, is no easy task.

The Pepperdine Ambassadors Council aims to do just that — and welcomes the challenge. PAC works to build a bridge not only between students and administration but also between the Pepperdine community and the surrounding Malibu area, according to its website.

PAC comprises of Seaver students who are passionate about representing their peers while working with administration to close the gap between students and Pepperdine as an institution. Junior Lindsey Marian, external community liaison for PAC, said the members hope to do good work for students within their roles.

“The main goal in terms of students is to bridge the gap and serve as a liaison between the student body and the president’s office,” Marian said.

Marian’s role within PAC is focused on connecting students and Pepperdine as an institution with the Malibu community. Recently, she and her team partnered with Howdy’s, a project she said helps promote supporting Malibu businesses by offering the 2020 Deal — a 20% off discount for Pepperdine students, faculty and staff for the rest of the calendar year.

In addition to projects like this, Marian said one of the responsibilities she and her co-liaison share is to inform other PAC members about local community news at their weekly meetings.

Callahan said being part of PAC is important to her and a great opportunity to learn valuable life skills that she can use far beyond Pepperdine.

“It’s plenty of work, but it’s also not intimidating,” Callahan said. “Everyone genuinely wants to help each other out and just grow as people and working adults.”

Senior Cassidy Woodward holds the title of vice-chairperson for PAC, second-in-command to the chairperson, overseeing members in their individual roles.

Woodward said her team builds the bridge between students and administration by raising awareness on issues students may not completely understand, like the increase in tuition and emergency operations.

“Working with administration to demystify some of those things — that’s our primary goal this year,” Woodward said.

This effort to erase the disconnect between students and administration is necessary work, especially during remote instruction, Woodward said.

“For students, there have just been more questions this year than ever — and a lot of misunderstandings as well,” Woodward said. “I think students want to trust the administration, but they aren’t quite there yet.”

Being a PAC member is an honor that comes with unique privileges as well as the opportunity to do meaningful work, Woodward said.

“You get to be the students who represent Pepperdine at Malibu events and lots of events in LA,” Woodward said. “You get to go to the Associates Dinner and be a representative of all of the Pepperdine student body to people outside the community.”

Marian said she was inspired to join PAC after interacting with former members when she attended Malibu Reception as a prospective Wave.

“I remember my parents and I were speaking to them, and we were really impressed,” Marian said. “They helped me decide I wanted to go to Pepperdine through what they had to say about their experiences.”

Woodward said she decided to become a member because of the interaction PAC has with administration at Pepperdine.

“It sounded like a neat opportunity, and I knew you got to interact with administration and go to interesting events, and so that was what sparked my interest,” Woodward said.

Prospective PAC members must have at least a 3.0 cumulative GPA, complete at least 60 unit hours by the time their term begins, have at least a year remaining as a student, be involved now or in the past with at least three other areas of student life, be in good standing with the University’s code of ethics, have a recommendation from a Pepperdine faculty or staff member and complete an application, according to the PAC website.

Marian said she encourages anyone who thinks they may be interested in becoming a part of PAC to reach out and apply online.

“If you’re passionate about Pepperdine and you want to help out or learn more about the school, I think it’s a good opportunity,” Marian said.