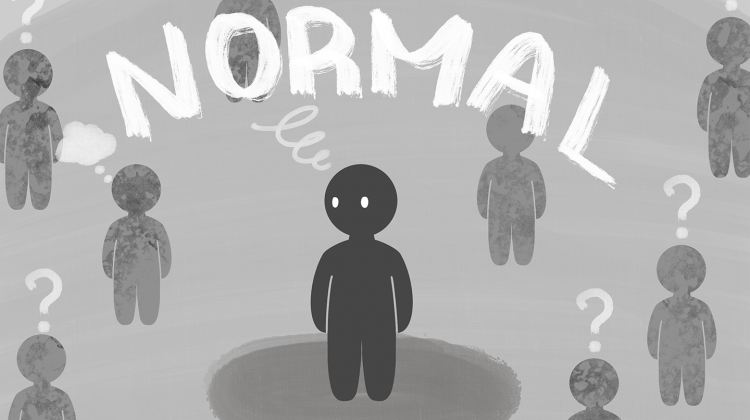 Words are important. Words shared over meals are what maintain friendships, words uttered under an altar are what bind marriages and words written on paper formed the foundation of the United States. Yet, people are often quick to use negative words in casual ways that end up having lasting effects.

Scientist Maria Richter conducted a study on the power of words that showed “negative” words can trigger the release of stress-inducing hormones — causing long-term anxiety. Hateful words can also trigger “​​structures of the pain matrix,” a reaction people have to physical pain.

Words can hurt — oftentimes just as much as the sticks and stones.

At some point, everyone has thrown out harmful rhetoric in a moment of anger or frustration but that does not make it OK. What may seem to be small moments using meaningless words can have a major impact. People must be mindful of the language they use at all times.

Not all negative words seem outwardly harmful. The term, “normal,” for example, may seem like a neutral — or even positive — word. However, the idea of normalcy in society insinuates that being anything abnormal is bad.

The definition of normal is, “characterized by that which is considered usual, typical, or routine,” according to Merriam-Webster.

A statistician named Adolphe Quetelet began using the word “normal” in the 1800s to describe the “average” man, who he viewed as proportionally perfect, according to author Jonathan Mooney. From then on, the idea of abnormalhas been seen as imperfect, strange and undesirable.

This definition has prevailed through history up to modern-day — when society tends to latch on to the most high-functioning people to label as normal.

There is a societal obligation to be normal, or else. Being different is to be vulnerable and to risk facing judgement from peers.

The words we use with ourselves matter, too. Studies by the Mayo Clinic have shown self-talk to have major impacts on lifespan, depression and cardiovascular health. The words we speak, but also think, can be life-altering.

If words can trigger pain-receptors, then words kept in the mind can, too. People should be mindful about what they tell themselves to be — such as normal, which is an unrealistic expectation for oneself.

The concept of what is normal directly affects a person’s relationship with themselves. The way people look to others to determine who they should be is a flawed consequence of the idea of the normal way being the right way.

Nevertheless, society programs most everyone to disregard the fact that one person’s normal differs from another’s version and neither of their normals is anyone else’s. No two people have the same definition of the word. Normal is empty and unproductive — so stop wasting time wanting to be it.