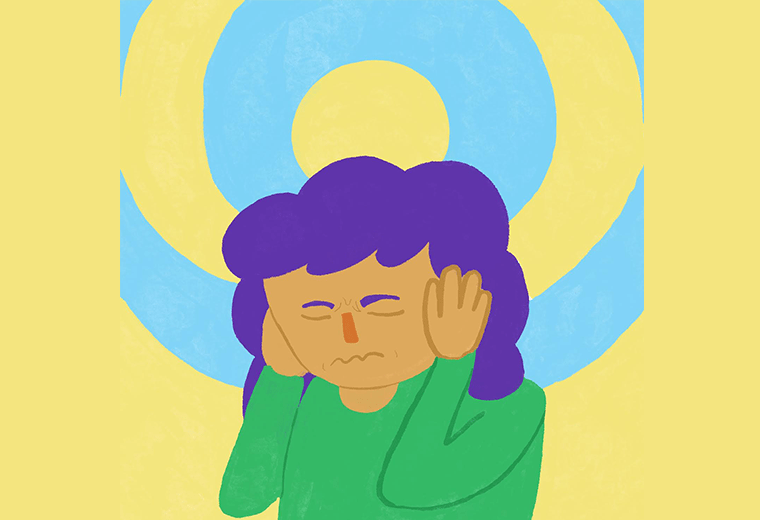 What do overzealous romance movies, Disney movies and Sia’s new movie “Music” all have in common? They are all unrealistic.

World-renowned pop singer Sia made her debut as a director and producer with her new movie, “Music,” on Feb. 10. The story follows Zu, a woman who is newly sober and has been informed she is now the legal guardian of her younger, autistic half-sister, Music. The movie explores how Music sees the world and the rollercoaster that is her and Zu’s relationship.

In an interview with Variety, Sia stated, “[Music] is based on a real person that I know,” and went on to say that Ziegler’s performance mimicking this child was “as accurate a representation that I know.”

Sia’s goal to shed light on autism and the struggles autistic people have is admirable, but the execution is awful.

The trailer alone wreaks of a commercialized mess. The overuse of musical numbers and the stereotypical portrayal of the autistic protagonist leaves many autistic people offended. Additionally, the ableist overtones of the film misconstrue the understanding of autism.

Granted, these are the proper mannerisms for the type of autism Music has, but this portrayal is extreme. Autism is a spectrum and Sia completely disregarded that. The portrayal poses the question, “Is this all autistic people are?”

The answer is no.

A Miscast For The Ages

Dazed Digital’s Sophie Buck wrote in a 2020 article, “Why are autistic people shamed for being themselves, but a neurotypical actor gets rewarded for inaccurately and reductively assuming an autistic identity?”

Sia made the ultimate decision to cast Ziegler as the autistic lead, which sets the film up with a disingenuous tone before the movie even premiered.

When the movie first came into development, it was odd “Sia said that she had ‘tried working with a beautiful young girl’ who was on the autism spectrum but said the girl found the experience ‘unpleasant,’” according to Insider Online.

Sia came out with a statement to The Sunday Project in Australia saying, “I mean, it is ableism I guess as well, but it’s actually nepotism because I can’t do a project without [Ziegler]. I don’t want to.”

This only led to further backlash toward Sia from a variety of audiences. Irish actress Bronagh Waugh tweeted, “It’s pretty offensive the way [Sia chose] to portray this character.” This tweet alone has gained almost 20,000 likes and at one point had over 1,000 retweets.

Although the music is catchy and lyrically proficient, the overly theatrical dance and musical numbers severely contrast the film’s serious subject and are simply unnecessary. The bright sets and obnoxious costumes become distracting from the main message the film is trying to get across.

The film’s lack of authenticity stretches far beyond just the casting and the tacky musical numbers — whether it was deficiency in research or just striving for a simplistic approach, the film comes across as uneducated, objectionable and has a one-sided presentation of autism. Sia’s neglect of other forms of autism is also a factor.

In the film, Music has violent seizures and is extremely destructive when her episodes occur. In reality, this isn’t the case with most autistic people. Only one-third of autistic people experience seizures as a result of autism, according to the National Library of Medicine.

Thus, the film portrays autism in a negative way, only furthering the stigma.

Music did not speak once in the entirety of the movie. Her lines were simply cut down to “I am happy” and “I am sad,” and those lines were made from plastic buttons Music pressed to convey her emotions. Not only is this offensive, but it is also overly simplified.

In the future, the film industry needs to do more research and genuine casting. With a musical film, the more revenue it earns from popular songs or trendy dance moves, the happier the writer or creator will be. Keeping the film’s veritable meaning separate from the profit is crucial and could have made the film’s debut less controversial and more meaningful.

There needs to be a more holistic approach to movies that cover sensitive topics such as disabilities and illnesses. There is no room for ableism, nepotism or arrogance on the silver screen or in society as a whole.

The film needed to be given proper attention and care. Sia and Ziegler are both extremely influential individuals. Therefore, a powerful movie with a powerful message can have powerful effects on the world. Done correctly, it could generate a more inclusive environment, create positive representation on screen and start a conversation that can breed understanding and education. Next time Sia decides to make a heartfelt project, it needs to be done in a more inclusive and thoughtful way — otherwise chaos will ensue again.