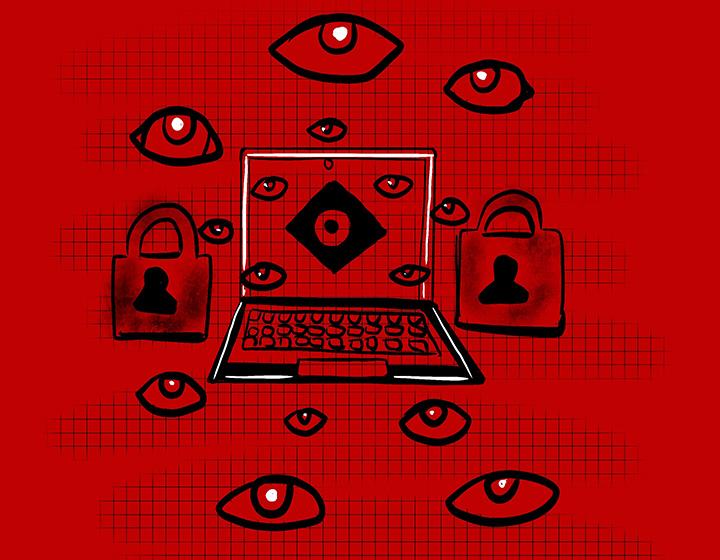 To ensure students maintain academic integrity in their online classes, Pepperdine is utilizing the exam proctoring service Proctortrack, a system created by Verificient Technologies Inc. The system monitors students through their cameras and screens as they take tests and quizzes. Proctortrack is a danger to students not because of its invasive surveillance but because of the personal information it holds for extended periods of time.

When Pepperdine revealed plans to implement Proctortrack during the fall 2020 semester, students were quick to accuse the system of compromising student privacy.

Sophomore Collette Jay created a petition to ban Proctortrack at Pepperdine and, as of Oct. 4, it had over 300 signatures.

“I wanted to inform the students of everything that Proctortrack entails,” Jay said. “I don’t think a lot of people read the terms and conditions when they agree to things, so I want them to know what information they are giving up.”

“In no event shall Verificient Technologies, Inc. and/or its officers, directors, employees, or agents, be liable to you for any direct, indirect, incidental, special, punitive, exemplary, or consequential damages whatsoever resulting from any… unauthorized access to or use of, corruption of, interference with, or alteration of our secured servers,” according to Proctortrack’s privacy policy.

Proctortrack keeps this personal information for three years but claims it does not sell the data. Jay said it is not the collecting of the information that is concerning but the holding on to it for an extended period of time.

With online hackers taking advantage of remote workers and learners during COVID-19, it is imperative that Proctortrack protects students’ privacy. In the event of a data breach, students would be left helpless.

Students should not have to forfeit critical information to a third party organization just to take an exam.

Students at Rutgers University and Massachusetts Institute of Technology pushed to ban this system at their schools to ensure their privacy. As a result of their protests against the system, these schools have banned the use of Proctortrack to administer exams. As more schools begin to implement these systems, it is important for students to hold universities accountable for the type of information they are forced to submit.

There are numerous ways students can protest the implementation of Proctortrack at Pepperdine. Signing Jay’s petition could show the administration the seriousness of this issue. Students can reach out to their professors to discuss alternative solutions and express their concerns over the risk the system poses.

An Instagram account called “Ban ProctorTrack at Pepperdine” includes Jay’s petition as well as posts detailing specific ways the system is a threat. Spreading these posts can educate other students on the issue and influence Pepperdine’s administration to ban the system.

With plans for the spring semester in limbo, students may be forced to learn with Proctortrack. Many students already fall prey to online companies invading their personal lives, and they should not have to be similarly exposed in their academic careers. It is important that Pepperdine bans the use of this software to protect students’ privacy and ensure they do not become victims of data theft.