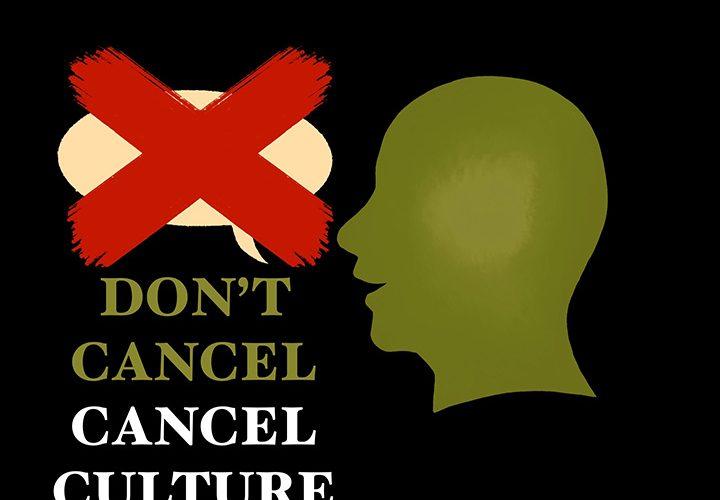 In 2020, it is common to see calls to cancel ideas, companies or even people. Its frequency prompted the term “cancel culture.” The latest phenomenon people want to cancel is cancel culture itself.

What is Cancel Culture?

Cancel culture is defined as “the popular practice of withdrawing support for (canceling) public figures and companies after they have done or said something considered objectionable or offensive,” according to Dictionary.com.

To understand cancel culture, consider the events that instigated it. Cancel culture rose to popularity when those who grew up watching the corruption of business executives in the 2008 housing market crash and the misogyny and racism of entertainment moguls leading up to the #MeToo social movement became fed up with permitting people in power to negatively impact millions. The simultaneous advancement of social media allowed this agenda to take a widespread, prominent role in society.

Before the age of cancel culture, it used to be normal — and sometimes even encouraged — to tell women they could not speak, tell LGBTQ+ people they were not allowed or tell Latinos they did not belong in America. Cancel culture allows people to finally speak up and say, “Enough!”

Look at women, for instance. For centuries, society forced women to sit back while men made the decisions. Over the past few decades, social change allowed a good number of women to finally climb to the top and get a seat at the table; however, many are still treated in ways men never would be. Instead of sweeping their grievances under the rug, the #TimesUp and #MeToo movements propelled women to loudly demand justice and recognition. This behavior continued, forming what we now know as cancel culture.

Social media users cancel celebrities for arrestable offenses, such as pedophilia or sexual assault, or in other cases shameful acts like racism, homophobia, misogyny, workplace harassment or corruption.

Why Do People Think We Should Cancel “Cancel Culture”?

Many oppose cancel culture, proclaiming it mean or toxic, because it allegedly consists of mass-internet criticism of a person. Some are civil complaints while others are full-fledged cyberbully attacks, but either way, the sheer volume of posts is what inflicts turmoil on the person in question.

People only become victims of cancel culture, however, after they victimize others. Those who face the brunt of the internet attacks are often people in positions of power whose decisions either affect or influence mass groups of people.

When an individual becomes a celebrity, politician or another powerful figure, they automatically become a role model — even if they don’t want to be. Though this is a big responsibility, it comes highly rewarded.

Celebrities only stay rich and famous if spectators show interest in them; without fans streaming their content, following them on social or attending their events, their careers would tank. Taking extra care not to be blatantly racist, sexist and homophobic should come with the job.

Perhaps fans should do more with their life than cyberstalking celebrities, yet our culture highly encourages constant media engagement.

In the social media age, our culture rewards those who post their lives online. Since careers are contingent on popularity, the fans making those people famous deserve a say in who those individuals are. It’s hypocritical to ask fans to only be vocal about their love for a celebrity but not their concern for a figure’s poor behavior.

Additionally, when fighting cancel culture, many raise the highly misleading question: Would you want your life to be ruined over a mistake you made when you were a kid?

First, many canceled people are fully grown adults at the time of their digressions. But even teenagers should know better than to tweet highly offensive racial slurs or sexually assault a coworker.

Often, being canceled does not ruin people’s lives; Kevin Hart is a good example. Over the course of his career, he made multiple homophobic jokes, including telling an audience that his biggest fear is his son being gay. He then went on to say he would “break a dollhouse over his [son’s] head” if he saw him playing with it.

Hart has also tweeted gay slurs. Despite many opportunities to apologize, Hart refused to say he was sorry until almost 10 years after his first controversial homophobic joke.

Though many canceled Hart, his career remains active. Since the controversy, he has starred in new movies, received his own Netflix docuseries and has grown to 36.5 million total Twitter followers.

Clearly, canceling celebrities has little long-term effect; however, it could result in them righting their wrongs and becoming more mindful of how they carry themselves as society’s role models. This, in turn, could influence the viewers of America to change their behavior for the better.

Cancellations Beyond the Rich and Famous

Cancel culture gets tricky when it affects non-famous people — some point to this as a reason to end it. Without a security blanket of money and unwavering fans, it’s harder to bounce back from being canceled, especially if it results in losing a job.

Are fame and money the only factors that require humans to be decent?

Take Amy Cooper, the white woman who called the cops on Christian Cooper, an unrelated Black man birdwatching in Central Park. After the internet labeled her as a racist, she lost her job.

“I’m not sure someone’s life should be defined by 60 seconds of poor judgment,” Christian Cooper said on CBS This Morning when asked about Amy Cooper’s cancellation.

Christian Cooper has a point. Companies should not refrain from hiring people like Amy Cooper if she is open about her actions and has tangible proof that she has attempted to right the wrong.

Unfortunately, we live in a historically unkind society. Amy Cooper’s call could have resulted in an innocent man’s arrest or death, considering police have shot people for sleeping in their homes or playing with toy guns.

So, How Should One Respond to Being Canceled?

First, the canceled person should make a public apology that clearly states what they did wrong, using specific language to acknowledge the communities and people affected. If they did something anti-Black, they need to say so rather than use vague phrases like “shameful words” or “horrible actions.” This confirms they understand the impact of their actions and take full responsibility.

But is an apology enough? Is it genuine? Do they deserve to be forgiven and allowed to resume with life as normal?

Forgiveness is a pillar in our society, but justice stands taller. Watch their behavior. If they are truly sorry and want to right their wrongs, they will go above and beyond to support and give back to the communities they affected. If they do, then — depending on the degree of their original discretion — they don’t always need to stay canceled.

Students should neither fear cancel culture nor use it irresponsibly. Do not attack a celebrity online for no reason. Get educated before posting; read unbiased, credible reports with facts and evidence.

If mistreated or abused, students shouldn’t feel scared to speak out against their perpetrators. Posts calling out people in the Pepperdine community on platforms like @blackatpepperdine are an amazing example of how cancel culture creates positive change. The platform allowed members of the Pepperdine community to open up about injustices people didn’t listen to before. Now, administration and students alike are more conscious of their behavior and that of those around them. Accused organizations like Greek life and Pepperdine administration have since pledged to change.

For too long, people let closeted racists, casual homophobes and nonchalant misogynists rule society. Cancel culture is the modern way of saying enough is enough. Those who want to make society a more equal and accepting place should be allowed to comment on those who do not.

If America ever wants to reverse the irrevocable damage done to our country through centuries of prejudice and corruption, people need to tell those who still participate in discriminatory or corrupt behavior that their behavior is no longer acceptable.

2. Failure to Live Up to Ideals Part 1: Competing Stories of America 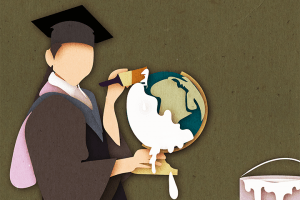