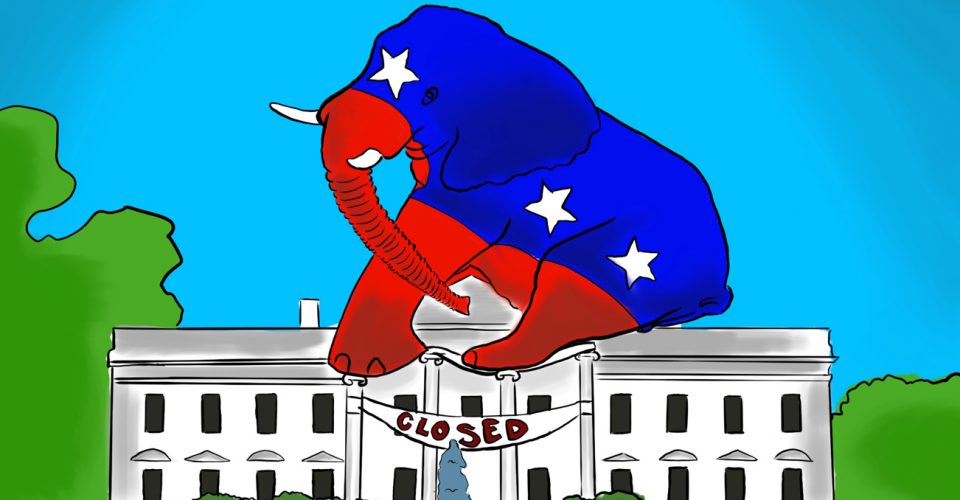 Throughout the past week, news pundits on both sides of the aisle butted heads on who was to blame for the government shutdown. Conservative outlets like Fox News were quick to throw Democrats under the bus, while CNN polls showed that more people hold President Donald J. Trump and the GOP responsible.

The sad reality is that this is an America where there is not one truth, but several truths. This nation is more divided on party lines than ever before. This divide now carries over into the world of news, media and facts. Whether Americans know it or not, they are only receiving information that plays into their beliefs and fuels the fire behind America’s partisan partition.

An analysis of Twitter users from the 2016 election from the Electome Project at the MIT Media Lab shows that Americans fall into insular groups of mutual follower networks when talking about politics. Once in one of these bubbles, Republicans tended only to receive information from other Republicans or conservative news outlets, and in contrast, Democrats only received media from other Democrats and left-leaning media. Very rarely, typically only when communicating with family, did people exchange information with people from outside of the bubble of their political views.

Partisan media is what is driving America further and further apart. What the Fox News’ of the world provide is a very narrow and radicalized version of the what they want people to know. By politicizing every issue to play into what their audiences crave, these pundits, not journalists, are only further polarizing this country.

Since the modern Congressional budget process went into effect in 1976, the United States government has shut down 17 times. Historically speaking, the president or the party in control of the House and Senate are held responsible for shutting down the government, and while parties use talking points to blame on another, media outlets generally reach a consensus on who is truly responsible.

Though history tends to repeat itself, the 2018 shutdown coverage could not be any more different. The fact of the matter is that who people believe are accountable for the shutdown relies entirely on their media intake.

When the government shut down, each party scurried to create a narrative with the hopes of boosting support for what they hoped to get out of budget negotiations. However, these narratives would not matter and would have next to no effect on changing any minds. If anything, the shutdown only fueled the divide amongst voters who spent the past week attaining and regurgitating opinions from their respective bubbles.

With such a small stream of information flowing between these bubbles and political news pundits providing such polarized opinions of who is to blame, it really does not matter whose shutdown it was, because Americans will never agree about it.

The plan from both parties was to weaponize the shutdown and use it to change the public’s opinion. For Democrats, this seemed all too easy. Their strategy and message were clear from the beginning, Republicans were unable to keep the government open, despite controlling the White House and both houses of Congress. The public was surely going to blame President Trump and the GOP for the shutdown, that is until Trump took to Twitter, coining the term “Schumer Shutdown,” after Senate Minority Leader Chuck Schumer.

All of a sudden, what seemed like an easy win for the Democrats had become a completely torn issue. Nobody won the shutdown; nobody lost the shutdown; it had literally no impact on the public’s perception of the government. The nation is completely divided along party lines and cable news channels.

With such a polarized political atmosphere, Democrats and Republicans are going to have to find new ways to change the way people think. In a perfect world, news outlets would want to solve this problem and bridge the gap between bubbles by finding a way to reach people with different political beliefs and values, but instead, politicians and partisan pundits alike play to their base and let a nation where there are multiple truths persist. 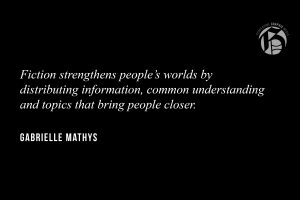