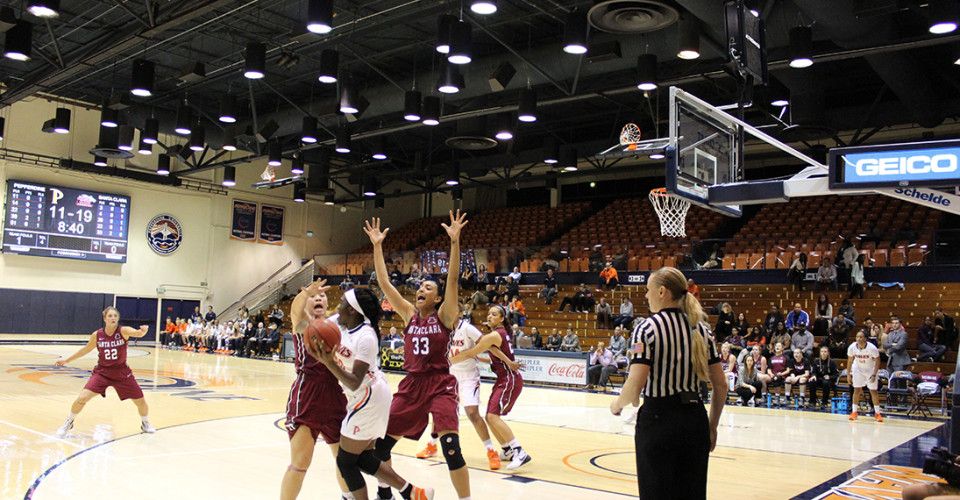 After entering conference play and losing the first two contests against Gonzaga and Portland in December of 2015, the Pepperdine men’s basketball team has turned a fresh page ever since the calendar year turned to 2016. Since the new year, the Waves have won six of their past seven matches.

Following a Northern California road trip in which Pepperdine split the record with a dominant win over San Francisco and a heartbreaking last-second loss to Santa Clara, the Waves returned home looking to continue their winning ways while defending their home court.

In their first matchup against San Diego, the Waves began the game lighting up Firestone Fieldhouse on offense, as they jumped out to an early double-digit point lead of 17-2 behind hot starts from senior forwards Jett Raines and Stacy Davis, and junior forward Lamond Murray Jr. However, San Diego made a short rally midway through the half to cut the lead down to as little as nine, but Pepperdine fended off the rally and kept the lead in double digits, entering halftime 38-23. The Waves shot 50 percent from the field while holding the Toreros to 33 percent in the first half.

In the second half, the Waves kept the fire blazing on offense with back-to-back three-pointers from Murray Jr. and junior guard Jeremy Major before extending the lead to 20 points. Both teams traded baskets throughout the half, but the Waves put on a show with back-to-back dunks by Raines and freshman forward Kameron Edwards. Pepperdine eventually dropped the hammer down on San Diego behind Murray Jr.’s game-high 21 points and eight rebounds to clinch the victory 76-58 for their eighth straight home victory.

Davis added 18 points and 10 rebounds for his ninth double-double of the season, while Raines chipped in 12 points on five-of-six shooting. Junior guard Amadi Udenyi recorded a season-high eight assists in the winning effort.

“I thought we were very unselfish and we shared the ball and that helped the guys get into a rhythm,” Head Coach Marty Wilson said after the victory. “[The] guys took care of each other and we talked about being selfless with each other.”

Following a dominant victory against San Diego that saw strong team play, Pepperdine faced its biggest challenge of the week in the second matchup against BYU on Saturday afternoon. As the fourth seed in the WCC, Pepperdine entered the matchup with a great chance to take sole possession of third. Early in the first half, Pepperdine’s offense again caught fire behind 18 combined points from Murray Jr. and Edwards, but both teams battled in a stalemate throughout the half with 10 ties and six lead changes. However, behind strong defensive efforts, the Waves kept the Cougars’ offense ice-cold, shooting 29 percent from the field as Pepperdine took a two point advantage at 30-28 entering halftime.

The battle continued on early in the second half as both teams kept the score even, but midway through, Pepperdine’s offense began to show signs of life, as the Waves went seven-of-nine from the field to take a six-point lead behind big buckets from Murray and Edwards. However, BYU wouldn’t bow out as they rallied to tie the game late, but Raines and Davis poured in 10 of the Waves’ final 13 points, and Major had a key block down the stretch to secure the upset for Pepperdine 71-65.

Murray Jr. had another big night for the Waves, as he led the Waves with 20 points and seven rebounds. Raines added 18 points on 8-of-14 shooting with five rebounds and Edwards contributed 13 points and nine boards. Udenyi had eight points and nine assists off the bench in the winning effort.

“Our guys stuck with the plan, as we talked about our will and our discipline and that showed in the second half,” Wilson said. “Our defense played a big part in being the difference of this ball game, but overall this was a great college basketball game.”

With the two victories against San Diego and BYU, Pepperdine remains perfect at home with nine wins and zero losses, which is the best home start since the 1985-86 season.

“It was good to get another win at home,” Raines said following the victory. “It was a solid game for us and it’s definitely a game we can look at going forward.”

Up next, Pepperdine will embark on a two-game road trip to face off in a pair of rematches against San Diego on Jan. 28 and BYU on Jan. 30 before returning home to face Portland.

Muslims and Christians Discuss "What Would Jesus Say About ISIS?" 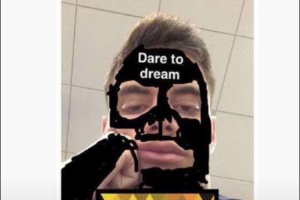 Photo Courtesy of FacebookStudents and administrators are speaking out following an incident involving students posting a blackface...
Copyright 2013 Jupiter Premium Magazine Theme
Back to top