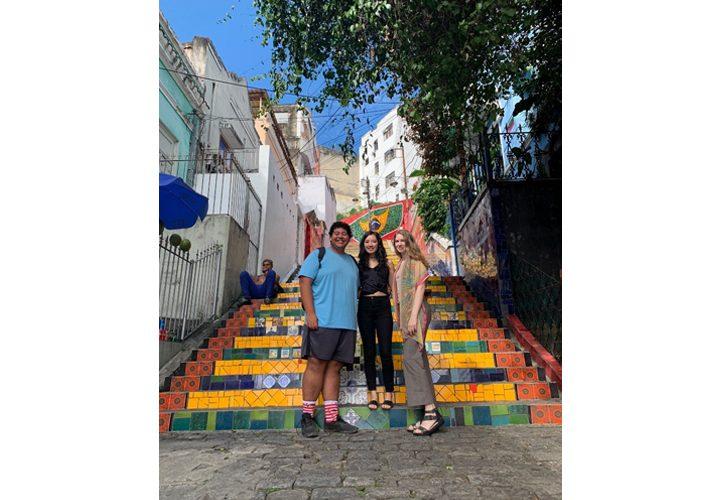 Since her first year, President and Founder Ivy Leroux has kept the idea of forming a feminist club in the back of her mind.

“It didn’t seem that Pepperdine was doing anything huge to support its women on campus,” Leroux said.

Leroux, now a junior, said while Pepperdine’s socially-conservative campus is not necessarily negative, she underwent many uncomfortable experiences solely at Pepperdine’s campus due to her choice of dress, oftentimes leaving her feeling sexualized.

As a result of the double standard she faced, as well as her experience co-running a feminist club in high school, Ivy said she felt compelled to create Pepperdine’s first feminist club, which she hopes will provide a safe space for conversation and awareness of women’s issues on campus.

Zohary said he believes Pepperdine needs to become more aware of the social climate and gender constructs on its campus. As a man, however, Zohary said he has not personally run into the same issues surrounding women on campus.

“A couple of my friends were actually sexually assaulted their freshman year at Pepperdine,” Zohary said.

Zohary said his friends never reported these incidents or spoke about these issues because of the minimal support offered on Pepperdine’s campus by their peers and faculty. Zohary said he believes these instances of sexual assault, coupled with women feeling uncomfortable or unsafe to tell administration, present a red flag that needs to be addressed.

Yeager said the club’s mission statement is to create a safe space for conversation and awareness, thereby promoting equality between the sexes on campus. To do this, the club wants to break down the negative connotation of the term “feminism” especially the combative connotation surrounding those who call themselves “feminists.”

The logo representative of Pepperdine's Feminist Club. The club was created to promote equality between the sexes on Pepperdine's campus. Photo credit: Isabella Yaeger

“I oftentimes feel that the term ‘feminism’ has become synonymous with the word ‘Nazi’ in today’s culture, which is extremely wrong,” Lillian Annan said. “We do not believe that women are superior to men at all.”

“Not all feminists are just like, ‘Women shouldn’t shave their armpits or we should all just burn bras in order to burn the patriarchy down,’ Zohary said. “There are so many different types, and it’s so expansive.”

Annan said when discussing feminism, people should approach it with a more inclusive lens. Oftentimes, feminism is usually equated with ‘white feminism,’ which has drawn Annan away from it in the past due to a lack of intersectionality.

“If one women’s group isn’t being represented, then that is not true feminism,” Annan said.

The founders said there is no specific feminist archetype, making intersectionality a key foundation to the club’s overall structure and mission.

“Intersectionality is for all groups, women of all kinds and men too — men can be feminists too,” Leroux said. “Feminism can be known for shaming women of all groups. [Instead,] we simply want to give women the power to define themselves.”

Annan said the club hopes to attract male members by addressing some of the hardships men face.

“The patriarchal society has negative effects for both genders,” Annan said. “For men, men have a higher rate of suicide and are less likely to speak out in fears of being demasculinized. We want to work toward disabling that.”

Ultimately, the co-founders said the club aims to be inclusionary to all — regardless of gender orientation or sexuality.

“We want to make an environment where all these groups feel included, welcome and most importantly, safe,” Zohary said.

Due to Pepperdine’s decision to hold the Fall 2020 semester online, the members said they are still transitioning their plans to an online format. As of now, the founders plan to hold bi-weekly meetings for members via Zoom.

“Just because we started the club does not mean we are the ideal, perfect feminists,” Leroux said. “We want to mold our own views by opening up [meetings] for discussion and conversation on what is happening behind the scenes at Pepperdine.”

After posting about the club on his Instagram, Zohary said he has already received a wave of support from his friends.

Pepperdine students junior Lauren Whittington and sophomore D’Artagnon Fulton said they are excited and curious to see how the club affects Pepperdine’s campus for the better.

“I was shocked to learn that this club did not already exist on a female-majority campus,” said Whittington.

Fulton said by allowing students and faculty at Pepperdine to have these open and safe conversations, gaps between opposing belief systems may be bridged for the better.

“I consider myself extremely passionate about this issue because feminism is an important component of many modern social movements throughout the world,” Fulton said.

Looking Back — A Year in Review with Gash 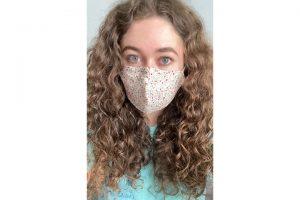 Junior Emily McNutt wears a mask to reduce the spread of COVID-19. Both McNutt and her parents tested positive for the virus...
Copyright 2013 Jupiter Premium Magazine Theme
Back to top