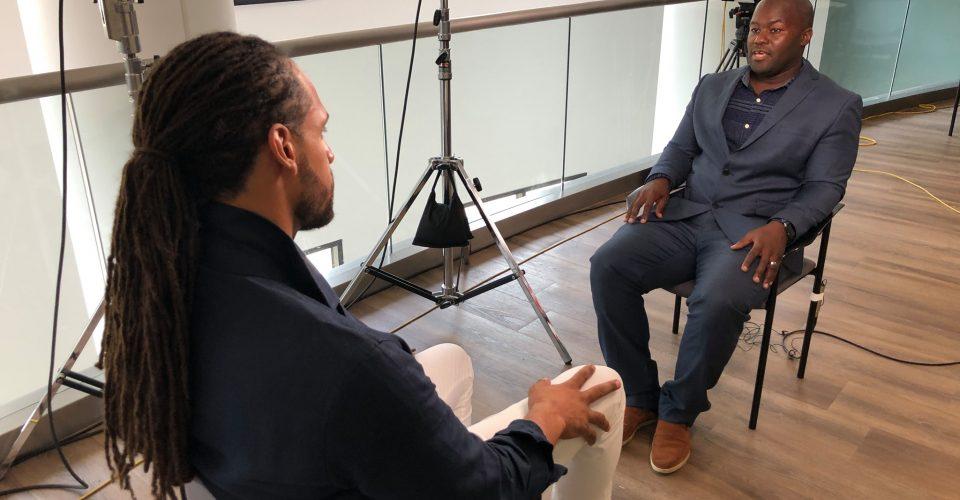 Three months into his time at Pepperdine, Howard Jean-Denis, professor of Strategic Management, had a featured segment on “Good Morning America,” which aired Oct. 9, for his position as a spokesperson and mentor in the PhD Project.

Jean-Denis appeared on “Good Morning America” after the PhD Project asked him to represent the nonprofit on the television program to bring awareness to its work. The PhD Project, Jean-Denis said, is a nonprofit with the mission of increasing diversity in academia.

At Pepperdine, Jean-Denis said he hopes to strengthen his faith and create a diverse environment by working with other faculty and using what he has gained from his doctorate research on corruption.

“Just recently, I had my first national television experience, which I didn’t imagine; it was all God,” Jean-Denis said. “It gives you a platform to really communicate the knowledge that you’ve accumulated, things that can really inspire people.”

A Member of the PhD Project

Jean-Denis has been a part of the PhD Project for five years, and through the organization, has mentored around 100 students, encouraging people of diverse backgrounds to pursue higher education.

Jean-Denis learned of the PhD Project after his colleagues told him he would fit well with the project and he saw the organization’s goals, he said.

The PhD Project taught Jean-Denis about the demographics of those who work in academia; for example, “Black, Hispanic and Native American teachers account for 2% or less of full-time professors at postsecondary institutions,” according to the National Center for Education Statistics.

Despite Pepperdine having a welcoming culture, Jean-Denis said he recognizes the University’s goals to increase diversity among students, faculty and administration.

Faith and Experience at Pepperdine

Prior to coming to Pepperdine, Jean-Denis worked for secular organizations such as banks and the military, he said.

As someone who identifies with spirituality more than organized religion, Jean-Denis said he initially resisted working for a faith-based organization until he set his sights on Pepperdine.

Jean-Denis read studies on how the infinite nature of faith can help improve people’s happiness and mental health and said he is excited to see how this will apply to Pepperdine.

“I now have a platform where hopefully if I get the right network around me, if I strengthen my belief in what I believe is a higher power of God, than I can really, really make an impact in people’s lives on a one-to-one level,” Jean-Denis said.

Faculty at Pepperdine, Jean-Denis said, are helpful and model where he wants to end up in 5 to 10 years.

“I try to position myself as a faculty member who’s not monolithic,” Jean-Denis said. “There’s not one role in their lives, just their educator or their professional on that topic. I tried to position myself instead as a potential mentor or a friend, kind of like a role model.”

Jean-Denis earned his doctorate in Strategy and Entrepreneurship at the University of Massachusetts and defended his dissertation on corruption Aug. 30, he said.

As a strategic management researcher, Jean-Denis said he has the opportunity to work closely with human beings rather than abstract concepts. He has always been fascinated with the strategy in decision making, similar to the game of chess.

“I like analyzing why people make decisions, who makes certain decisions, what are the outcomes,” Jean-Denis said. “And how do people react to the bad decisions they made or external decisions the country makes, society makes?”

In his dissertation, Jean-Denis studied corruption and said the most challenging part of his research was hearing the experiences of deception within the African Diaspora and how institutions and governments create a culture that fosters dishonesty.

“It was difficult to read and to interview individuals and hear these truths about how challenging some people’s lives are, but it’s part and parcel of how my family grew up in Haiti,” Jean-Denis said.

Jean-Denis said he dedicated his dissertation to his father, Jeannot, who was an immigrant from Haiti and died 12 years ago.

“The most rewarding part was to talk about a topic that’s seldom discussed in a big location like Pepperdine and in the business academia and give a voice to individuals who would not typically be part of the common mainstream business literature,” Jean-Denis said. 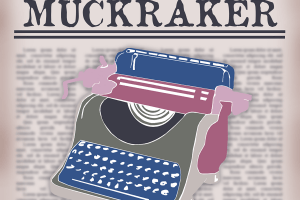 Via Apple Podcasts | Via SoundCloud | Via Spotify Don't fret — here is Melanated Media Moments: It's your marvelous, magnificent...
Copyright 2013 Jupiter Premium Magazine Theme
Back to top