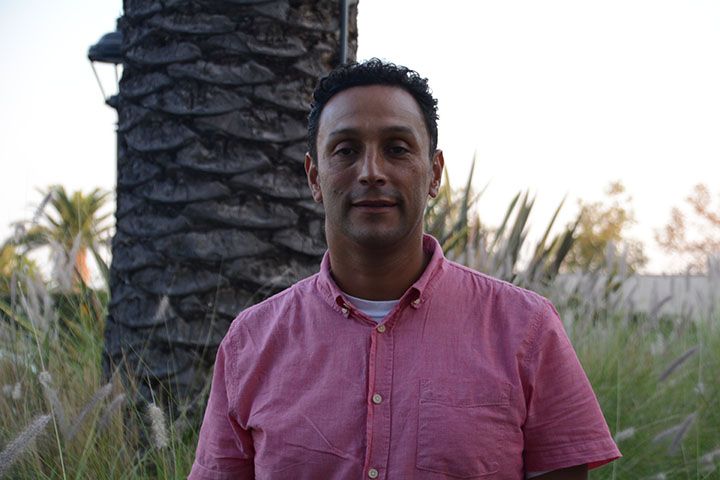 A professor at the Pepperdine Graziadio Business School had another of his articles published on Forbes magazine’s website, this one focusing on the digital transformation in media and entertainment.

Granados, who started his position as a weekly Forbes contributor this past April, came to find his fascination with following digital trends through his original work in the travel industry back in the mid-1990s. He began to see how the Internet was changing the travel sector and how its customers behaved. Eventually, he moved into following the entertainment industry, tracking digital trends and developing his research around comparing and contrasting digital transformations across industries.

Granados added that consumers use a tactic called strategic consumption, which means they will wait in order to receive the best prices on a good or service. Instead of going to see a movie in a theater, they might wait until it’s uploaded to Netflix.

The reason that distribution has shifted venues is because it’s much cheaper to distribute digitally, according to Granados. As a result, cable companies and satellite companies are struggling to figure out what to do with their own pricing because people are choosing the cheaper options.

Granados wrote that “this raises uncertainty about the future profitability of traditional distributors.”

“I think Internet-based distribution is the future,” Granados said. “Internet streaming is ideal because you can watch it whenever you want, wherever you want.”

Granados said he believes that cheapening content is a problem occurring especially now, looking at Millennials.

“My article was about asking the industry to watch for [commoditization],” Granados said. “Make sure that you don’t cheapen the product to the point where now the market is kind of trashed, and nobody is willing to pay the fair price for good content.”

But this is only the beginning for changes in the entertainment industry.

Another change Granados expects to see is that content producers and content owners will begin to play a bigger role in distribution, as shown by companies like HBO and CBS, who now have their own digital streaming services, which means they are at least partially bypassing cable companies.

He also expects the emergence of better online sources for the consumer to actually find the content he or she wants. Currently, a consumer may use a source such as Google to try to find a way to watch a television episode or a movie. More generic search engines like Google aren’t as specialized to the movies and episodes region as they could be, which means there’s room for improvement there, according to Granados. Instead of typing in a movie title and having to sort through reviews, producer names, actor descriptions and more, a specialized search engine could be developed for easily and quickly finding content to watch. This is called a metasearch engine, which is typically specialized for a given industry.

An example of this type of search engine in a different sector is Kayak. Though there are websites such as Travelocity, Expedia and Orbitz, Kayak searches across all of those websites simultaneously to provide the cheapest airlines and hotels across the web. A second example of a metasearch engine is Trivago, used more specifically to find hotels. ShopBot, a third example, is used to find the goods you’re looking for across all online retailers. Consumers can now save time, for these metasearch engines have already done the research for them. Granados said that he believes the creation and evolution of metasearch engines are inevitable.

Granados’ depth of knowledge in the realm of digital trends and transformations has made him an admired professor for students like Zhe Zhang.

Zhe Zhang, a student and research assistant of Granados, not only referred to him as a “genuine person,” but said he has confidence in Granados as a professor.

“He utilizes vivid examples and cases in class sessions that work well for me in understanding the knowledge and trends of digital media and entertainment and applying real world examples onto the final example,” Zhang said.

Zhang also said Granados’ course sets itself apart from others through the experiences it gives its students.

“I’m looking forward to the in-class and out-of-class communication with more guest speakers that will be invited to speak to the class, which is very valuable for us, yet not a very common case in my educational life,” he said.

As a research assistant to Granados, Zhang has been able to receive extra beneficial attention and knowledge.

“I admire the cutting point of the research I’ve had a chance to be involved with,” Zhang said. “The research gives me a new understanding of digital media and shows me how it’s related between course literature and real business.”

As someone involved heavily in the digital world, Granados is increasingly active on social media. It is something he believes people should be cautious about, but that is irrefutably important.

“I just recently started,” Granados said. “I’ve just been watching and observing. But I knew social media has a role for academics. As Pepperdine professors, we are part of a brand. Our university needs to have [an] online presence, and that means that faculty themselves need to have [an] online presence in social media. To me, there’s no way around it.”

Granados said that although caution is necessary, resistance to change and movement is flawed.

Granados said that this lack of risk-taking in people stems from a fear of failure, which is a big roadblock in business, and that besides people he describes as “pioneers,” the average person lets that fear hold them back.

“People lag because they let their fears, their caution, their resistance to change, their fear of the unknown take over and [they do] not innovate as aggressively as they should,” he said. “It’s a fear of failure.”

Granados has taught multiple courses during his time at Pepperdine, including classes on information systems and digital innovation. Now, there is a concentration that centers on these topics. He also teaches courses on digital media and entertainment, and is involved in business simulations, which he explains as “students coming together to compete in the game of business.”

When asked what his biggest piece of advice is to students looking to get ahead of the game, Granados said he believes that attempting to envision the future is a good way to make moves before other people do.

“If you’re able to identify trends along the way, then you can have a vision of the future,” he said. “So tap into that kind of knowledge, wherever it is.”

Granados is starting a new masters course at Pepperdine, which would give students an opportunity to begin their journey to becoming visionaries. The course is called Digital Media and Entertainment (GSBM 698, 14), and will be taught in fall Session B, on Thursdays from 1 – 5 p.m. Masters students from Seaver, Law and Graziadio can take the course. He will be co-teaching alongside Melva Benoit, a former executive of several studios, including Disney and Fox, and an executive professor of digital innovation and analytics. The course covers a multitude of topics, including: digital disruption, laws and regulations, distribution, content creation, and advertising.

Granados said he believes that digital innovation courses give students the right perspective on the way digital technologies affect business and teaches how to identify trends and create a vision of the possible future. 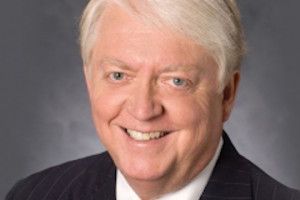 Photo courtesy of Pepperdine University After 25 years, Michael F. Adams is returning to Pepperdine as the university’s...
Copyright 2013 Jupiter Premium Magazine Theme
Back to top