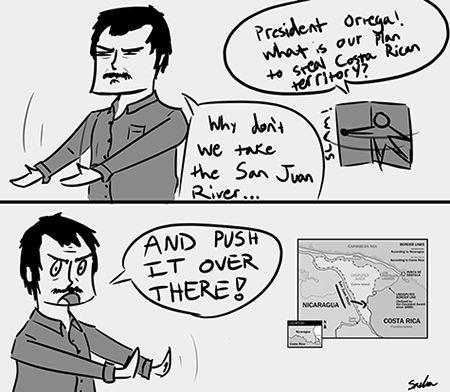 Lately the world has been attacking the United States for its military involvement in foreign regions. Although critics have made many reasonable arguments against U.S. military expansion, s citizen of a country that hosts a United States military base, I have a few things to say against the anti-expansionist ideas.

I was born and raised in Costa Rica, a small country in Central America that to this day is a social democracy which abolished its army in 1948 to finance health care and education. Now let me tell you one thing: It’s tough to live in such a conflicted region as Central America and still manage to have the second-lowest crime rates in the region and be the happiest country in the world today according to a United Nations poll. Whenever I hear people criticizing the United States for offering military aid to smaller countries, only one thing crosses my mind: we would NOT have made it without U.S. help.

Our northern neighbor, Nicaragua, has grown throughout the years into a power that recently became a threat to Costa Rica. Not only considered one of the most important transshipment points for illegal drug trafficking in the Americas, Nicaragua’s leader, Daniel Ortega, has held his position for eight years by what many consider to be questionable means. His excellent relations with Fidel Castro, Hugo Chavez, Mahmoud Ahmadinejad and several Soviet groups for more than 30 years have unsettled surrounding countries, especially in the last 10 years.

The United States first established a base in Costa Rica during the 1980s, when a civil war broke out in Nicaragua and the military needed a safe, outside location from which to operate in order to help stabilize the situation. Until 2010, the U.S. military played a relatively dormant role in Costa Rica. Everything changed when, in 2010, Ortega altered the course of the San Juan River, the natural border dividing Nicaragua and Costa Rica. The Nicaraguan armed forces started dredging the region, flooding a big chunk of Costa Rican territory and “accidentally” expanding Nicaraguan territory into Costa Rica’s northeastern region and, shortly after, stationing Nicaraguan troops in their newly acquired land. The Nicaraguans were armed and ready; the Costa Ricans only had a police force to defend them. Simultaneously expanding with the Nicaraguan territory, criminal groups and drug trafficking took over the region as the San Juan River offered a great opportunity for the transportation of drugs. Some of the most dangerous drug cartels in the Latin American region flocked to the territory, and Costa Rica suddenly faced a serious border dispute and drug trafficking threat that completely outpaced the small nation’s humble police force. At this point, only foreign military intervention could help our peaceful nation.

Relations between the United States and Costa Rica have improved since then; the American military has helped train, equip and recondition the Costa Rican police force. Our coastal and border security units and patrols were revamped with equipment and training to secure (among many other things) our maritime boundaries — a key transit location for international drug trafficking organizations. Our government has since cracked down upon double the number of drug organizations within our borders.

These measures have contributed to a safer, more stable Costa Rica, which has consequently increased our tourism and real estate investment revenue by a significant amount in the past couple of years. The United States’ military aid has recognizably improved the Costa Rican nation without having a single violent or aggressive record in our history. All of this to say that perhaps people have a blurred idea of U.S. military intervention in foreign nations. It has done nothing but help my home country of Costa Rica and has done so peacefully, respectfully and successfully. 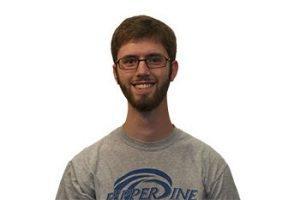 Iran’s new president may be charting a new course Amid the political posturing and rattling of sabers, which threatened...
Copyright 2018 Pepperdine Graphic
Back to top