Muslims and Christians Discuss “What Would Jesus Say About ISIS?” 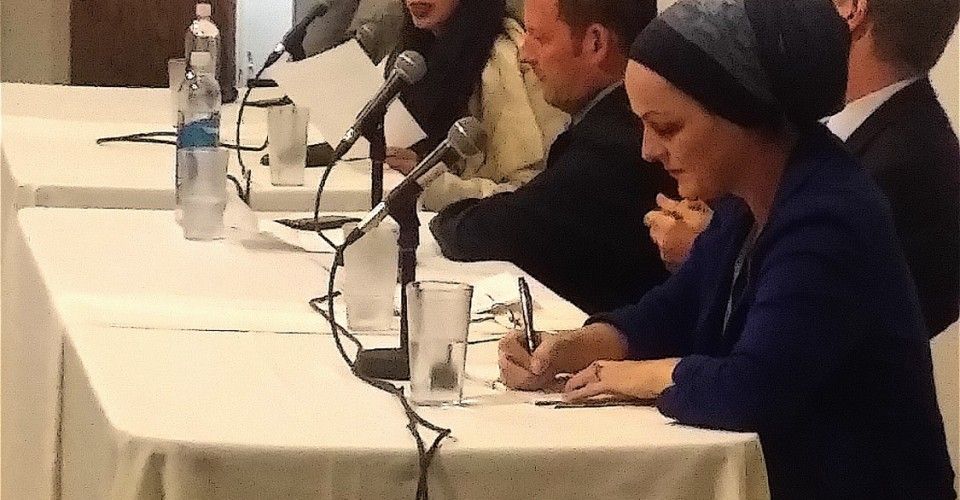 The first Global Learning Week, co-hosted by the Office of International Programs and the Office of International Students and Services, launched a “What Would Jesus Say About ISIS?” Convocation with a panel of Muslim and Christian speakers, to explore different religious perspectives and global issues such as ISIS. The Global Learning week held several events for students to better understand other cultural realities.

The Fireside Room was filled to capacity before the event had started on Wednesday, Feb. 3, at 7 p.m. Some students were turned away due to the limited number of seats, which were approximately 120 students who listened to the panelists and asked questions about ISIS and the Syrian and Iraqi refugee situation during the Q&A session at the end of the event.

Junior Amal Bahloul pitched the idea for the Convo, because as a Muslim, she said she thought it was important to have interfaith dialogues, especially after the Paris terrorist attacks on Nov. 13, 2015 that caused misinterpretations and generalizations about Muslims.

“All they know is what the media tells them,” Bahloul said.

The panel consisted of Professor of International Studies Robert Lloyd, Assistant Professor of Middle East Studies David Simonowitz and Muslim alumna Edina Lekovic, who has served as a leading voice in the American Muslim Community.

The speakers discussed the interactions between Christian and Muslim communities and how they strive to understand each other, according to Visiting Associate Professor of Religion John Barton, who hosted the event.

Simonowitz and Lloyd focused on Christian views of ISIS and attempted to answer the question, “What would Jesus say about ISIS?” by referring to Bible verses like John 13:34, which according to Simonowitz “sets a standard for the Christian response.”

Lekovic discussed Muslims views of ISIS: “ISIS is a disgrace to Islam,” she said, and it “betrays the teachings of the Quran.”

Lekovic said ISIS is a self-declared Islamic State and the majority of Muslims don’t support it. She said people were shocked when ISIS manifested itself and that she believes they are “non-Muslims.”

All three panelists mentioned that media plays a big role in distorting the reality of Islam, which Lekovic said “is an ongoing frustration.”

“Muslims are as American as everybody else,” she said.

The Global Learning Week included “Calligraphy and Aesthetic Principles in Ancient China” and “Increasing Your Global Marketability: Strategies for International and Domestic Students in Job Searching” on Monday; “States Without Borders: Sovereignty in the Age of ISIS,” “Intergroup Communication and International Conflict” and “Managing International Ethnic Conflicts” on Tuesday; “GO: Crossing Borders from Fear to Faith,” “Translating your Cross Cultural Experiences to Advance Your Career” and volunteering on Skid Row with School on Wheels on Wednesday; “Global Order and Disorder” and “Global Fest” on Thursday; “Celebration Chapel: Worship with the Nations” on Friday; and volunteering with the Malibu Labor Exchange and LA Mission on Saturday. 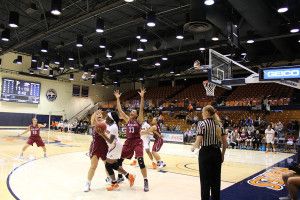