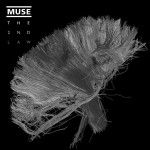 Comprised of three multi-talented men — Matthew Bellamy, Christopher Wolstenhome and Dominic Howard — the innovative group formed in their college days in Teignmouth, Devon (which is in the UK). Before Muse was called Muse, the band went through various names as they continued to experiment with their musical collaboration.

Inspired by the mythological muses, Bellamy, Wolstenhome and Howard settled on the shortened name of Muse because of the word’s meaning and its aesthetic appeal — it was a short word that would look good on posters. The members of the band then decided that they were much more talented than they assumed and took the leap into the music business. The Muse men dropped out of university and began fine-tuning their craft.

The late 90s were a good period in Muse history. The band recorded and released two EPs and garnered attention from prominent UK music authorities such as NME magazine. The group signed with Taste Media. Although the band had a label, they weren’t receiving the benefits of being attached to an international studio and thus, weren’t being marketed as much as they should have been. Lucky for Muse, Columbia Records flew the band out stateside to showcase for American labels.

Shortly after, the band signed with Maverick Records and on their return across the pond, Muse’s first label, Taste Media, began work forming more label contracts in Europe and Australia. These contracts allowed the band to retain possession of their music endeavors without worrying about being compromised.

Muse released its first full-length record called “Showbiz” in 1999. The album sparked the beginning of a very fruitful career for the men of Devon.

The band captured a large following internationally because of their innovative style. Stemming from the rock genre, it’s impossible to pigeon-hole the band into one genre. They experiment with all types of music; some songs are infused with more classical elements and others are more alternative and heavy metal. Muse’s musical repertoire is vast and creates a multi-faceted musical experience that sets them far apart from other bands of the times.

“The 2nd Law,” the trio’s twelve-track album, explores all the genres that Muse was able to conquer in albums past with newer mainstream sounds. The record incorporates a lot of house and dubstep influences and mellows down with classical piano instrumentations. The men of Muse are extremely talented artists and their newest album is a perfect example of their skill. The trio even include the Olympic anthem “Survival” on the record for those who want to relive their London experience from this summer.

“Madness” is the first single off the album and reins in fans with sounds reminiscent to work on their “Absolution” album. The heavy bass rhythm is a little INXS and infuses perfectly with lead vocalist Bellamy’s angelic voice. The repetition of “mad” adds a little spice to the song and the group harmonization on “madness” just seals the musical deal.

The song is a unique amalgamation of genres, and per usual, Muse creates a hauntingly innovative track. The song is immensely catchy with its chorus and lyrics; Bellamy’s vocals add to the captivation of the track as well because his vocal abilities are just uncanny. The track builds into an explosion of Bellamy’s harmonized vocals and a crescendo of instrumentation and background sound.

“Panic Switch” follows “Madness” on the album and does not disappoint. The track kicks off in an old-school rock kind of way with its guitar and drum rhythm.

The vocal arrangementon the song is reminiscent of fellow British band Queen and lends a sassy beat to the track. It’s a hip-swinging, grooving kind of track that broaches the musical genres of the past with the present. The guitar solo starts off sounding very classic rock, then transitions into a more Muse-like sound. The track has a sultry, Freddy Mercury feel and really captures Muse’s versatility. “Panic Switch” is a must-hear track and hopefully will be released as a single.

The entire album is a breath of fresh Muse air. It’s a perfectly crafted work of art and sets the bar even higher for the band. It’s no surprise that the band’s work of art is carefully executed on the stage.

Muse has been known to give a beautiful, outrageous show and sadly they aren’t crossing the pond to tour at the moment. But if the moment ever arises, Muse is a band that must be experienced live because their shows exhibit a level of mastery that many musicians don’t infuse into their performances. Muse is a top-notch band and their album “The 2nd Law” is another piece of Muse gold.

Their mastery of various musical genres is uncanny and their ability to mix those genres into solid tracks is a unique talent. Muse is a truly talented band that showcases their immense skill in every album; “The 2nd Law” is another example of that talent and does not disappoint.