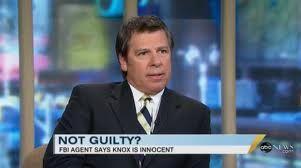 He had always said she didn’t do it. He was even fired from Pepperdine after refusing to stop his public investigation. And it turns out former Deputy Director of Public Safety Steve Moore may have been right.

The arrest of American college student Amanda Knox sent media outlets world wide into a frenzy in 2009 when Knox and her former boyfriend Raffaele Sollecito were jailed in Itay for the 2007 murder of Knox’s roommate Meredith Kercher. Knox was studying at the University for Foreigners Perugia in Italy.

At the time of her arrest, everything seemed to be against Knox — specifically, DNA evidence. It was widely believed she and Sollecito would spend 26 and 25 years in prison, respectively. But still some, such as Moore, maintained that everything against Knox was false.

“I knew she was innocent from the fourth or fifth week I started looking at the case,” Moore said. “I was not surprised in the least at the findings.”

Moore began examining the case after being prompted by his wife in November of 2009. On Sept. 2, only a few months after beginning to post to a pro-Knox website (injusticeinperugia.org), Moore appeared on NBC’s “Today” and ABC’s “Good Morning America” to talk about his conclusions.

Although he has no personal connection to Knox, his FBI experience and belief that the prosecution characterized an abuse of power within the Italian justice system led him to continue his investigation. Moore also believed in the claim that the Italian police had beaten a confession out of Knox on the night of her arrest.

In light of the new evidence found by outside forensics examiners, all of the witnesses have been discredited, the DNA has been thrown out, and Knox is in the first of two appeals. She is about two and a half months from the verdict in her appeal and she could potentially be released sometime before October, according to Moore.

The Knox case created controversy not only on an international level, but domestically as well. After appearing on multiple news outlets to explain why he believed Knox was innocent, Moore was asked by Pepperdine University to either stop his public appearances or resign from his position as the head of the Department of Public Safety. After refusing to stop arguing on Knox’s behalf, Moore was abruptly fired for performance issues.

“They fired me for performance issues — that they cannot articulate — not what I said about Amanda Knox,” Moore said skeptically. “The judge rejected [that] and said there is ample reason to believe they might have fired me as a retaliation.”

Moore had filed a lawsuit with the Superior Court of Los Angeles for wrongful termination not long after losing his position.

Despite the hardship his statements about the Knox case has caused for his professional life, Moore stands strongly by everything he said.

“I couldn’t stop fighting for Amanda unless I wanted to remove every mirror in my house,” Moore said. “I’ve never been fired, but I never expected to be proud that I was fired.”

With Knox’s case going through its first of two appeals, Moore’s claims have so far proven to be accurate. Should both appeals be successful, Knox will be declared innocent, and Moore says he isn’t the only one who knew it from the start.

“I think that people had been saying [what I was saying] all along,” Moore said. “I was just the first FBI agent to come along, and I had a background that would make people believe what I said.”

Pepperdine has recently settled the case with Moore, although details have yet to be disclosed. In a recent interview prior to settling with Pepperdine, Moore was quoted as saying, “They are going to have to offer me a lot to get me to settle.”

He did make it clear, however, that he holds no hard feelings against the University itself.

“I still believe in the Pepperdine mission and that it is one of the most wonderful schools in the country. … What happened to me happened because of two people at the University, not the University itself.”

The Pepperdine mission statement reads: “Pepperdine affirms … that truth, having nothing to fear from investigation, should be pursued relentlessly in every discipline.”

“I was just pursuing something I knew to be true,” Moore stated after referencing this mission statement and its relation to his work on the Knox case.

He also expressed concern that not all Pepperdine administration believes in the mission as strongly as they ought to.

“I was fired by two people who I believe care less in the Pepperdine mission than they do their positions at Pepperdine.”