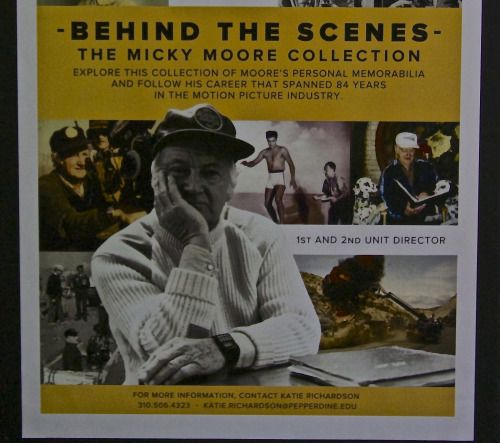 Micky Moore built a legacy in Hollywood as a reliable and confident second unit director for films such as “Indiana Jones” and “Butch Cassidy and the Sundance Kid.”

Archival pieces from his 84-year-long career are on display on the first floor of Payson library.

“George Lucas once said that when he and Steven Spielberg were discussing candidates for ‘Raiders of the Lost Ark’ he knew from the outset that Micky would be their first choice,” Katie Richardson, Archivist for Special Collections and University Archives wrote in an email. “He believed that they were probably more impressed by Micky’s filmography than he was with theirs.”

“Because Moore’s career spanned so many years, items in a variety of formats were chosen to tell the story of his evolution from child actor to prop man to successful second-unit director,” Richardson wrote.

“Moore was a great supporter and member of the community at Pepperdine, and I am so pleased his collection has found a home at Payson Library where it is available to the advantage of our students and other researchers in our growing archive of film and television materials,” Dean of Libraries Mark Roosa wrote.

The trajectory of Moore’s career bisected the advent of sound and color technology and ended with “102 Dalmations” in 2000.

“One thing we can learn from Moore’s career path is that he was open to and embraced the changes that technology brought to the movie-making industry —including the transition to movies with sound,” Richardson wrote. “Moore worked hard and became well respected.”

Richardson said Moore’s transition from the waning silent film era to modern film is a trait that can be applied to modern technological frontiers.

The version of this article that ran in the Sept. 4, 2014, issue of the Graphic incorrectly attributed information regarding the Micky Moore exhibit to Director for Library Advancement and Public Affairs Jeanette Woodburn. These quotes should have actually been attributed to Katie Richardson, Archivist for Special Collections and University Archives. In addition, these interviews were conducted via email and not in person. 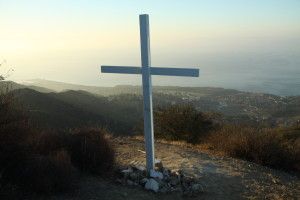 Photo by Shawn Jones Escondido Falls Although the entrance is adjacent to the Pacific Coast Highway, the trails at Escondido...
Copyright 2018 Pepperdine Graphic
Back to top