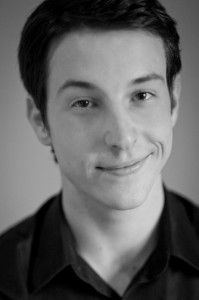 Over the past three semesters, I’ve developed an unfortunate habit: I absolutely love stealing seats, especially in a classroom setting. You’ve probably noticed how people will select a seat on the first day of class, and will plant themselves in that spot for the rest of the semester. You may be one of those people; if so, beware. At the risk of sounding immature, I’ll admit I enjoy watching people react when something forces them out of their usual pattern. Most will readjust after a few seconds, but in a community college’s French class last year, one of my fellow students jokingly asked me to move out of his seat. I didn’t.

Although my hobby may seem petty, I think it illustrates an interesting fact about human nature. Whether we realize it or not, human beings naturally gravitate towards comfortable patterns. We take the same route to work, we park in the same parking spots and we spend time with the same friends. Like Bilbo Baggins, we prefer the comfort of our hobbit-holes, and the company of good friends to that of dwarves and wizards.

“Wait a minute!” readers might say. “I would jump at the chance to have Bilbo’s adventure!” I think many of us would initially choose such a romanticized quest, especially since we already know Bilbo returns home safely, but have we paused to consider the modern equivalent of a journey through Middle Earth? Until recently, I probably wouldn’t have recognized such an adventure if it walked up and blew smoke rings in my face. Like most in our generation, I grew up equating adventure with excitement. When I used to hear the word “adventure,” I would imagine the Devin Super Tramp video featuring a Jeep towing wake boarders through a canal somewhere in Utah, but lately I’ve realized the word has more depth. True adventures require us, like Bilbo, to face a dragon at the end. They thrust us into uncomfortable situations, and force us to confront our own fear and lack of faith. Since we each struggle with different fears and inhibitions, a task that seems mundane to one person could present a daunting challenge for another. From this perspective, overcoming the dragon of shyness and making friends with the guy who always sits by himself at lunch could be just as adventurous as slaying the dragon of doubt and moving to Liechtenstein to become a missionary.

By definition, adventures also force us to relinquish any control we may have on our lives. The stability and comfort we construct for ourselves evaporate the moment we take our first step. As Gandalf later advised Bilbo’s nephew, “It’s a dangerous business, Frodo, going out your front door. You step onto the road, and if you don’t keep your feet, there’s no knowing where you might be swept off to.”

For me, choosing a school was an adventure. I wavered on my decision until the day of the confirmation deadline, and I barely decided in favor of Pepperdine. I had narrowed my choice down to Pepperdine and Point Loma Nazarene University, a school in my hometown, and Pepperdine was definitely the uncomfortable choice. Several of my friends from high school had decided to go to PLNU, and my two friends at Pepperdine planned to study abroad for my entire freshman year. I would have to start over completely, and as I considered my options, the dragon of insecurity started snorting flames. Even though I had to step far out of my comfort zone to step onto Pepperdine’s campus, mailing that enrollment deposit was one of the best decisions I’ve ever made. I’ve learned and grown so much through the friendships I’ve made here; I can’t imagine what my life would look like if I had chosen PLNU over Pepperdine.

Why am I telling you all this? Well, I still struggle with my tendency to fall into the same pattern, and I’m looking for inspiration. I’d love to hear about the adventures that have forced you to confront a dragon of your own. If you’re willing to share, then please do Perhaps you don’t actively seek personal dragons to battle; if so, then I’d encourage you to do something absolutely wild this week. If you’re looking for ideas, you might start by talking to that guy sitting alone in the cafe, typing away furiously on some writing project.

I expect we’ll have a great conversation.

Staff Editorial: We accept the award for best of the worst

Time to get up bright and early for our 8 a.m. classes. Our alarms wake us up and we get ready…and it’s freezing cold....
Copyright 2013 Jupiter Premium Magazine Theme
Back to top