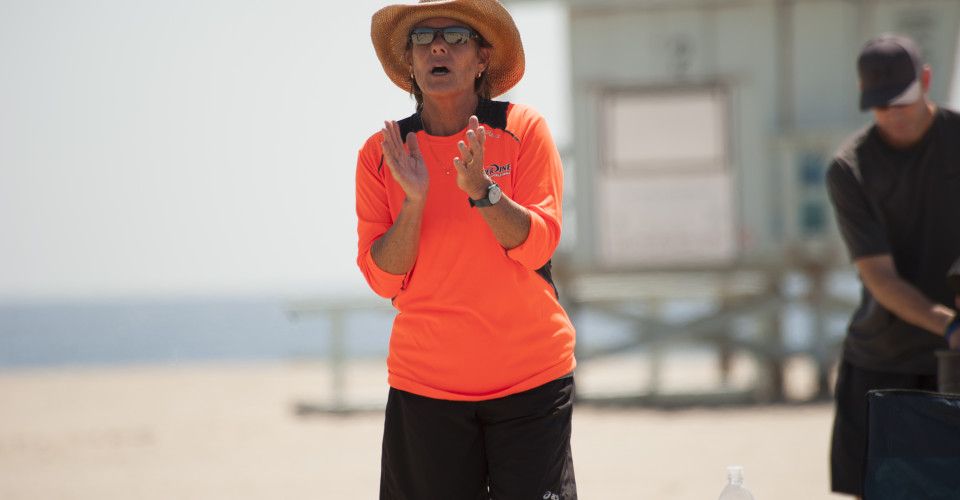 Nina Matthies, longtime women’s indoor volleyball coach and current beach volleyball coach, will be inducted to the American Volleyball Coaches Association Hall of Fame this coming December. By receiving this award, Matthies continues a long history of honors and accolades.

While coaching the indoor program at Pepperdine, Matthies was the WCC’s all-time winningest coach, with 590 wins. She also received the WCC’s Coach of the Year award 10 times.

Matthies was credited with being one of the “Most Influential People in the First 100 Years of Volleyball” by Volleyball Magazine. She has received numerous other awards and recognitions — including being inducted into the Beach Volleyball Hall of Fame, the Manhattan Beach Volleyball Walk of Fame and the Pepperdine Athletics Hall of Fame.

Matthies said she is grateful for the fact that the coaches inducted are a group of her peers.

“Terry and I played together at UCLA; it’s pretty fun to be going into the Hall of Fame with her,” Matthies said. She has been in the sport since she was 12, and is honored to become a part of such an influential group.

“To be included in the top coaches in the country is tremendous.” Matthies said. “These are amazing people who have done a lot in the sport of volleyball. I’m very very flattered and honored to be included in this group. Hopefully I’ve contributed to the sport and it’s nice when someone says thank you, which I feel the Hall of Fame is. You do what you do because you love it, not for the prizes and accolades. I’m always surprised.”

While she is quick to deflect attention off of herself and onto other coaches, Matthies also gives credit to the athletes she has coached.

“Obviously none of this would be happening without the athletes who have played. Coaches don’t make programs; the players play the game,” she said. “This is for all of the players who have been here, past and present.”

She said she is thankful that receiving this award will create positive publicity for Pepperdine and hopefully further elevate Pepperdine volleyball.

“Pepperdine’s been a great volleyball school and a great vehicle for us to further our coaching and these great athletes.” Matthies said. “It speaks a lot for our school and community and administrators. The Pepperdine community is truly amazing, and I wouldn’t be where I am today without it.”

Though Matthies retired as the women’s indoor coach in 2013, she remains head of the beach volleyball program, which has achieved dramatic success despite being such a young program.

The outlook for the team looks very positive this year; they will have nine newcomers looking to crusade the team into the NCAA era. 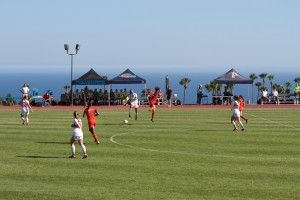 Photo by Ana SalinasRanked No. 10 in the nation, Pepperdine’s women’s soccer is starting off this season strong...
Copyright 2018 Pepperdine Graphic
Back to top