Hundreds gathered for the annual “Holi at the Beach” celebration at Will Rogers State Park earlier this March, celebrating the Indian festival of color.

This yearly celebration is not new to the Malibu/ Pacific Palisades area, but with the growing numbers of South Asians in the Los Angeles area, it it becoming more popular each year. Pallavi Singh, who celebrated Holi both on the streets of India and the beaches of Los Angeles says, “This holiday is a great way to bring people together, dance around and just have some fun.” And dance they did, set to DJ beats and with food trucks around, this year’s Holi was the biggest yet. 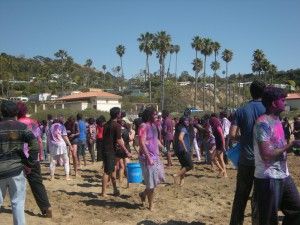 Holi is a Hindu celebration that has become more of a cultural festivity for the Indians and the South Asian diaspora, specifically. This spring celebration is also called the Festival of Colors where people throw colored powder or paint at each other. Based on a Hindu legend about good versus evil, Holi now represents a time for mischief and fun where social codes and etiquette are broken down for yearly two-day celebration. 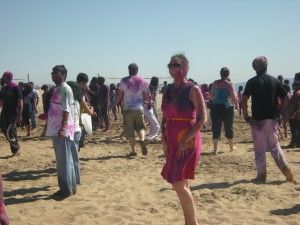 The annual beach party is thrown by the Association for India’s Development Los Angeles, which according to their mission statement is “a non-profit that works on grassroots level interventions in India to address social issues spanning education, health, people’s rights and the environment.” They host events including parties and concerts to benefit India mainly through the efforts of South Asian Americans. 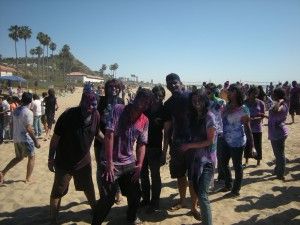 Roshni Menon, a Pepperdine MBA student from Bangalore says, “Coming out to Holi for the past two years has been my way of reconnecting with my roots while helping the people back home through this charity event.”

Menon is part of the growing number of an estimated 360,392 Indian Americans in California, according to the 2010 Census data. This is a 46.4 percent increase since the last census in 2000. There is also a similar reported number of Pakistani Americans in the county, and this is not including others with South Asian heritage or ethnic ancestry (from Bangladesh, Sri Lanka, or Nepal). 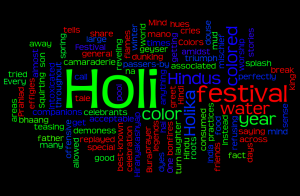