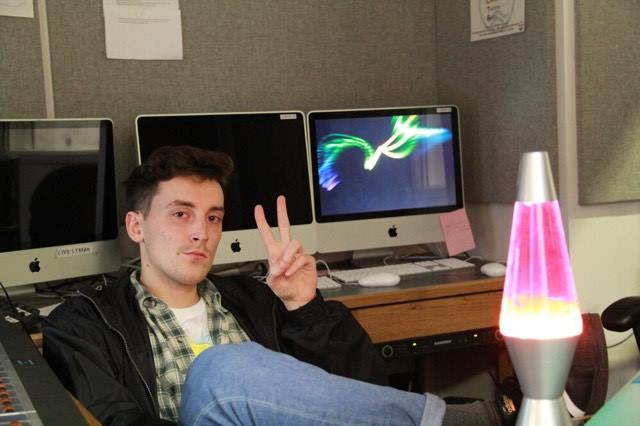 Senior Christian Treon’s passion for music uncovered Pepperdine’s need for a space on campus where artists and art lovers can gather to share their talents and meet others with similar interests.

Treon has worked for Pepperdine’s Radio Station since his sophomore year. He’s moved his way up from a DJ to station director, and is now manager — overseeing the station’s various departments. Using his position at the station, Treon founded Collective Nights last year — an event held for students, by students, to showcase their artistic talents.

“Collective Nights are a way for us to show our artists that we appreciate them,” Treon said. “It gives them their own space to express their creativity, whether it’s spoken word, live musical performances, videos, essays or anything.”

Treon said he thought of the idea for Collective Nights through his own love for music. He felt Pepperdine lacked a platform for students, like himself, to showcase their art.

“There’s not really much of a musical scene here at Pepperdine,” Treon said. “This is kind of our way to not only show our favorite musicians but to just show all the talent we have on campus that doesn’t have another medium of expression.”

“We have representatives from NewsWaves or Malibu Tonight or Random Show all coming to just kinda showcase what they’re about,” Treon said. “It’s for more people to get the word out and understand that there’s a lot of talent on this campus.”

The entire production process is student-run as well with students of different interests and talents pitching in to piece the night together.

“We have our designers make posters, we have our DJ’s promoted on the radio, we have musicians coming, and we have director’s live streaming the event,” Treon said. “So, it’s really interesting to see a lot of people with different talent come together.”

To any student who wishes to share their art at Collective Nights, “Be confident, be bold,” Treon said. “One of the best ways to really expose people to your art is just by performing it — to show people who you are and what your work can really do.”

Treon said his goal for Collective Nights is to see it become an open space where any student interested can reach out and join.

“If anyone is interested we invite them to come any time to our station, to email us, to come see others perform,” Treon said. “Just anybody who wants to get involved, they’re more than welcome to.”

Treon said he would like to see Collective Nights become a permanent event at Pepperdine.

“I hope it goes beyond me, you never know,” he said. “With the way it’s going now we can definitely see it happening seasonally.”

Treon said making a difference on campus to him means creating “more emphasis on student creativity and student art.”

“People here are a lot more than just students,” Treon said. “Everyone’s here to work on their own talents, to hone in on them. Whether it’s Collective or any other student event, I’m just trying to make sure that they’re represented.” 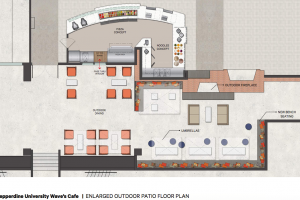 A noodle bar and “Artisan ZA” pizzeria is coming to Waves Cafe in the spring semester of 2018. Dining services...
Copyright 2013 Jupiter Premium Magazine Theme
Back to top